Islanders face major test without Filppula in the lineup 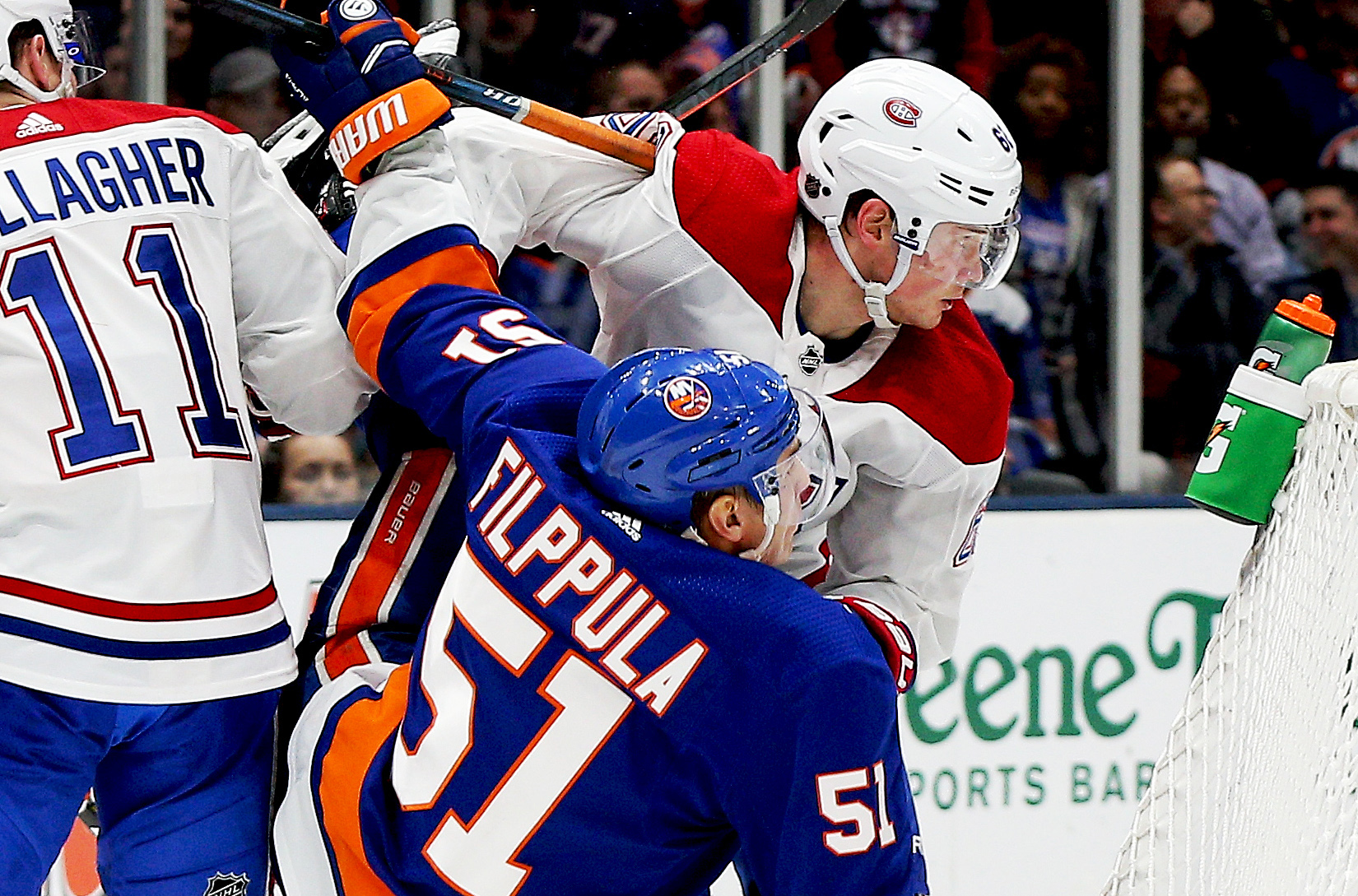 Islanders face major test without Filppula in the lineup

The Islanders already had a major test coming up Thursday with a trip to Montreal already on the books. Now, they’ll be making it without a critical part of their lineup on the ice.

The news that came down on Wednesday was less than ideal, to say the least, that Valtteri Filppula would be out the next four weeks with an upper-body injury. Filppula left Tuesday’s loss to Boston in the first period after being checked into the end boards shoulder first. The third liner left the ice favoring his left shoulder.

The unfortunate injury couldn’t have come at a worse time for the Islanders, who are down to their final nine games of the year and trailing the Metropolitan Division-leading Washington Capitals by three points. The Islanders also have the Penguins two points behind them.

To compound their issues, Jordan Eberle was listed as day-to-day and did not practice with the team on Wednesday on Long Island.

The slew of injuries meant that the commonly referenced coach’s cliche “next man up” was uttered in response for how the Islanders will weather this storm. The time frame for Filppula’s recovery means that this will be something the Islanders will have to deal with well into the playoffs.

“It’s got to be by committee,” head coach Barry Trotz said Wednesday, according to the Islanders team website. “That’s how we’ve done it all year. Whoever goes in that spot will have to just get it done. We’ve lost some guys for long periods of time… It is what it is. It’s hockey. If someone goes down, it’s next man up. Injuries are all a part of the sport. It’s not an excuse. It’s an opportunity.”

Still, the “opportunity” comes an inopportune time for the Islanders.

Aside from Tuesday’s ugly loss to the Bruins, the Islanders appeared to be coming out of a funk that had plagued them earlier in the month. Victories over the Columbus Blue Jackets and Canadiens in the prior two games had been the first time the Islanders looked like themselves since they drubbed the Toronto Maple Leafs 6-1 on Feb. 28.

Previous injuries to Cal Clutterbuck, Matt Martin and Casey Cizikas only added to the Islanders issues, and now Filppula will miss the next four weeks.

The Islanders aren’t exactly deep at the center position, which makes the situation a bit stickier than it already was. Tom Kuhnhackl reportedly practiced in Filppula’s spot on Wednesday and the Islanders recalled Tanner Fritz – a natural centerman – from Bridgeport.

Kuhnhackl could be the guy Trotz taps first to fill the void the Islanders versatile forward has left, but that won’t be an easy task. Filppula’s 15 goals are the most he’s scored since he recorded 25 in 2013-14 and he has been instrumental on the Islanders penalty kill.

“Fil’s been instrumental in our success this year,” Anders Lee said. “He’s got such a veteran presence and is so smart down the middle. He plays the right way and is always in the right spots. We have some big shoes to fill now with Fil out. Until he can come back, we have a bit of a hole to fill.”

Now in a crucial stretch of the season, the Islanders will need to string a few more wins together to lock up a playoff spot and secure home ice. Seven of their final nine games will be against teams headed to the postseason or still battling for a playoff spot.

Those games weren’t going to be easy to begin with. Add not having Filppula in the lineup and they’ve become that much harder.