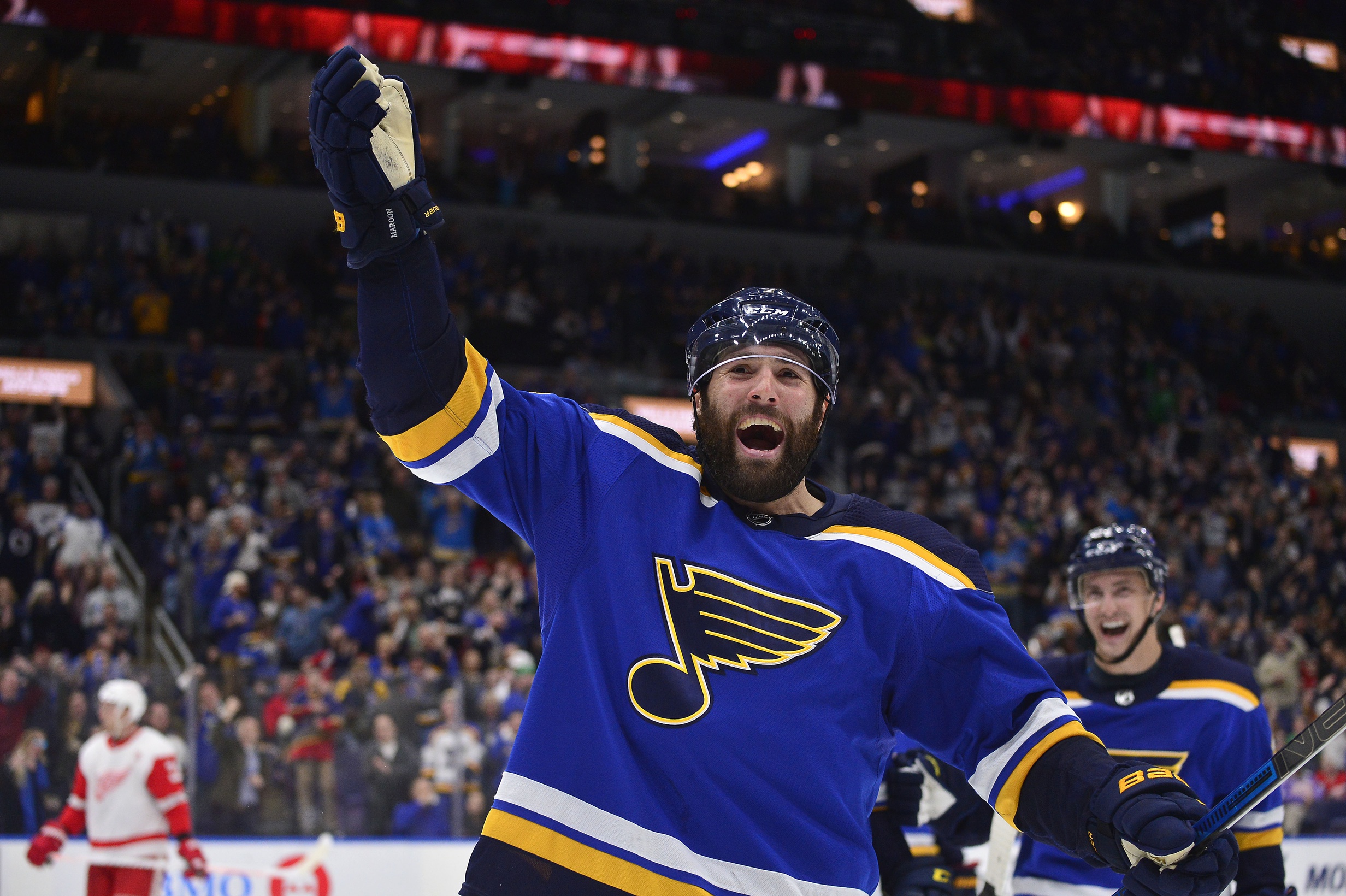 To say 30-year-old Pat Maroon has had a rough homecoming with the St. Louis Blues would be an understatement. The forward has struggled for the vast majority of 2018-19, with many describing his first stint with the Blues as disappointing, underwhelming and even forgettable. Thankfully, that’s starting to change.

Maroon has been on fire of late, scoring in each of his last four games. His five goals in his last seven games have lifted his stats for the year into a more respectable territory. That’s not to say it excuses the long offensive droughts, but it’s a sign of improvement.

On the year, Maroon now has nine goals and 15 assists (24 points) in 66 games. His scoring in his last seven games more than doubled his total for the season, indicating just how slow his offensive stats have been coming in. However, his current 0.36 point-per-game pace still lags behind his 0.58 pace from last season.

Visibly, Maroon is skating with more confidence and is thriving in the deep areas of the offensive zone. He’s doing a great job of using his size and strength to make life difficult for the opposing goalies and defensemen around the crease. His play has been much more decisive and much impactful. It really makes you wonder where this has been all season long. It’s possible some lingering injuries have finally cleared up, there’s a new sense of urgency or some kind of new chemistry, but that’s difficult to fully prove.

Regardless of what has led to Maroon’s resurgence, the question now has to be about whether or not he can sustain this level of play. No one is expecting goals every game (though it’d be nice), but the level of intensity Maroon is showing now is the one the team wants – or needs – to be shown regularly.

The Blues had hoped the Maroon we see now would be around all season. The one-year, $1.75 million contract the Blues gave Maroon was supposed to be a “prove yourself” deal that led to bigger and better things should his season go well. Depending on how the rest of the current year plays out, Maroon hasn’t shown enough to warrant any kind of larger or longer contract.

Stay tuned. Maroon’s story is still being written this season.