Packers-Bears the Perfect Opener for the NFL’s 100th Season 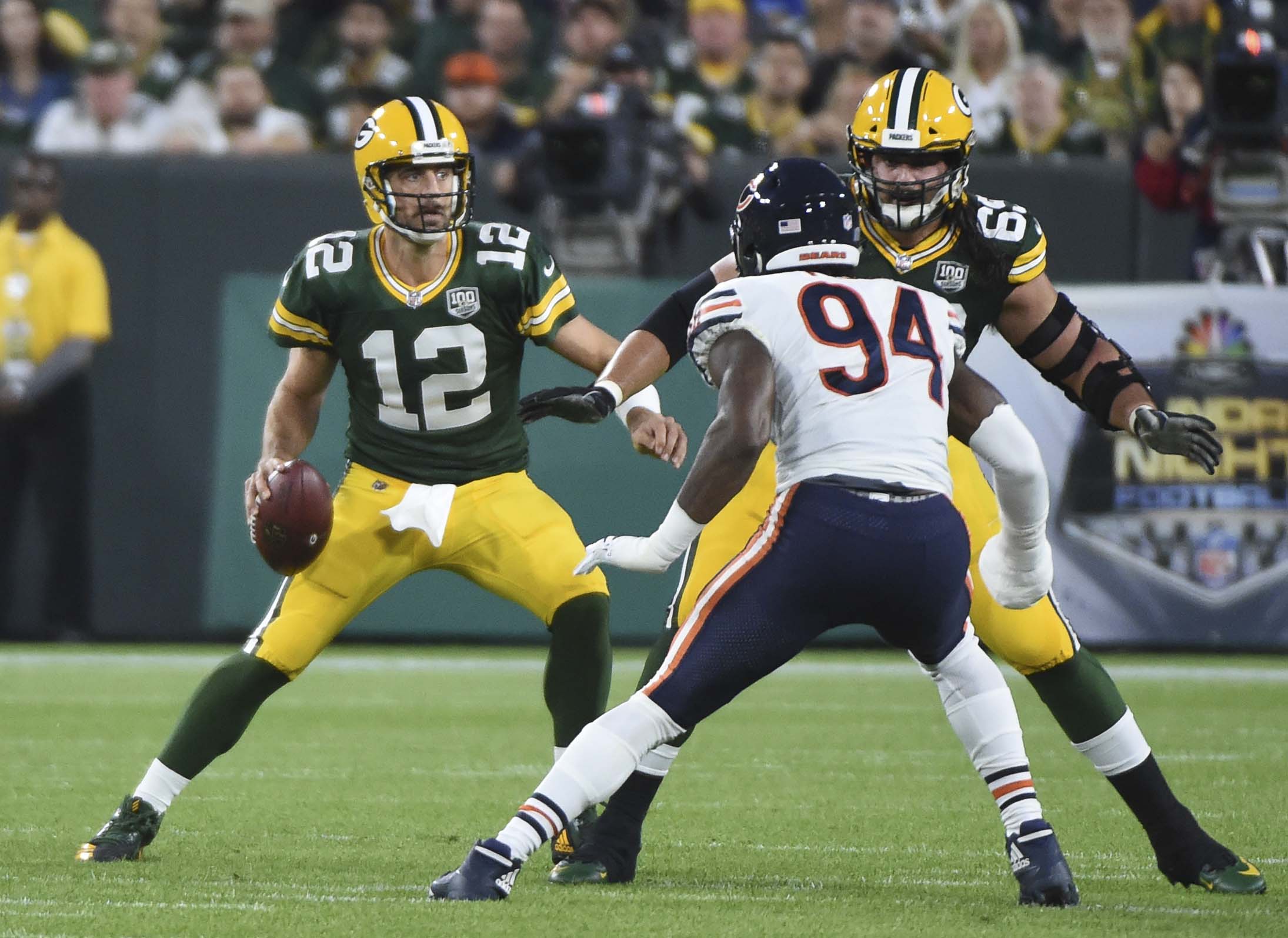 Packers-Bears the Perfect Opener for the NFL’s 100th Season

The NFL officially announced that the Green Bay Packers and Chicago Bears will kick off the 2019 season on Thursday night, September 5 at Soldier Field in Chicago. This will be the opening game of the NFL’s historic 100th season. The game will be televised nationally on NBC at 8:20 ET. There is no better matchup to start the NFL’s centennial season celebration.

The game will be the 199th meeting between the two teams. The Packers lead the overall series 97-95-6. The two rivals have played every year since 1921 except for 1982 when both scheduled showdowns were canceled by a labor stoppage that canceled seven games.

The Packers organization was pleased with the announcement. “We were excited about it. I thought it would be good for us,” Packers President Mark Murphy told the team’s official Web site. “I think it’s obviously good for the league. You have traditional rivals, the longest rivalry in the NFL. … It should be a great way to kick off the season.”

This will be the 14th consecutive season that the Packers and Bears will face each other in prime time, the longest active streak in the league.

The two teams split their series last season. The Packers won in dramatic fashion in Week 1 when Aaron Rodgers returned from a first-half knee injury and overcame a 20-0 deficit to lead the Pack to a 24-23 victory. The Bears won the second meeting in Chicago 24-17 to clinch the NFC North title in Week 15.

The game will mark the NFL head coaching debut of Matt LaFleur of the Packers. It will be the first time since 2005 that Mike McCarthy will not be on the sideline leading Green Bay for the team’s season opener.

Former Bears safety Adrian Amos will be making his Packers debut while ex-Packers safety Ha Ha Clinton-Dix while be playing his first regular season contest for the Bears.

Aaron Rodgers has also excelled against the Bears during his career, going 16-5 against Chicago in 21 meetings. In one of those losses, Rodgers left in the first quarter with a broken collar bone. He has thrown 45 career touchdowns against Chicago while throwing only 10 interceptions.

The Packers and Bears are also two of the NFL’s most successful teams. The Packers have won more championships than any other franchise with 13, the most recent coming in Super Bowl XLV. The Bears are second with nine championships having last raised the Lombardi Trophy after winning Super Bowl XX in 1986. The Bears have the most players in the Hall of Fame (who primarily played with the team during their career) with 28 while the Packers are second with 25.

“We’re really celebrating the Bears, who were also one of the original member clubs and are celebrating their 100th season; as well as Green Bay, which celebrated its 100th season last year,” said Hans Schroeder, the executive vice president and COO of NFL Media at the NFL league meetings on Monday. “Really an iconic matchup. Two traditionally great longtime NFL teams and a great way for our fans to really kick off what should be a season-long celebration of the 100th season.”

Present and former Packers players were also excited by the announcement and expressed their views on Twitter.

Traditionally, the Super Bowl champions open the season against a marquis opponent on Thursday of week 1, but to celebrate the league’s 100th season, the NFL couldn’t pick a more fitting matchup than Packers vs Bears. The league announced the defending champion New England Patriots will open their season on Sunday Night Football in Week 1 against a still to be announced opponent.

But there’s no rivalry quite like the Packers and Bears. Ask any Packers fan, things are just different around Titletown on Bears week. There is no better way to start the 2019 season or to kick off the NFL’s 100th campaign.