Nick Bosa's Dinner Date With the Cardinals Doesn't Reveal Much 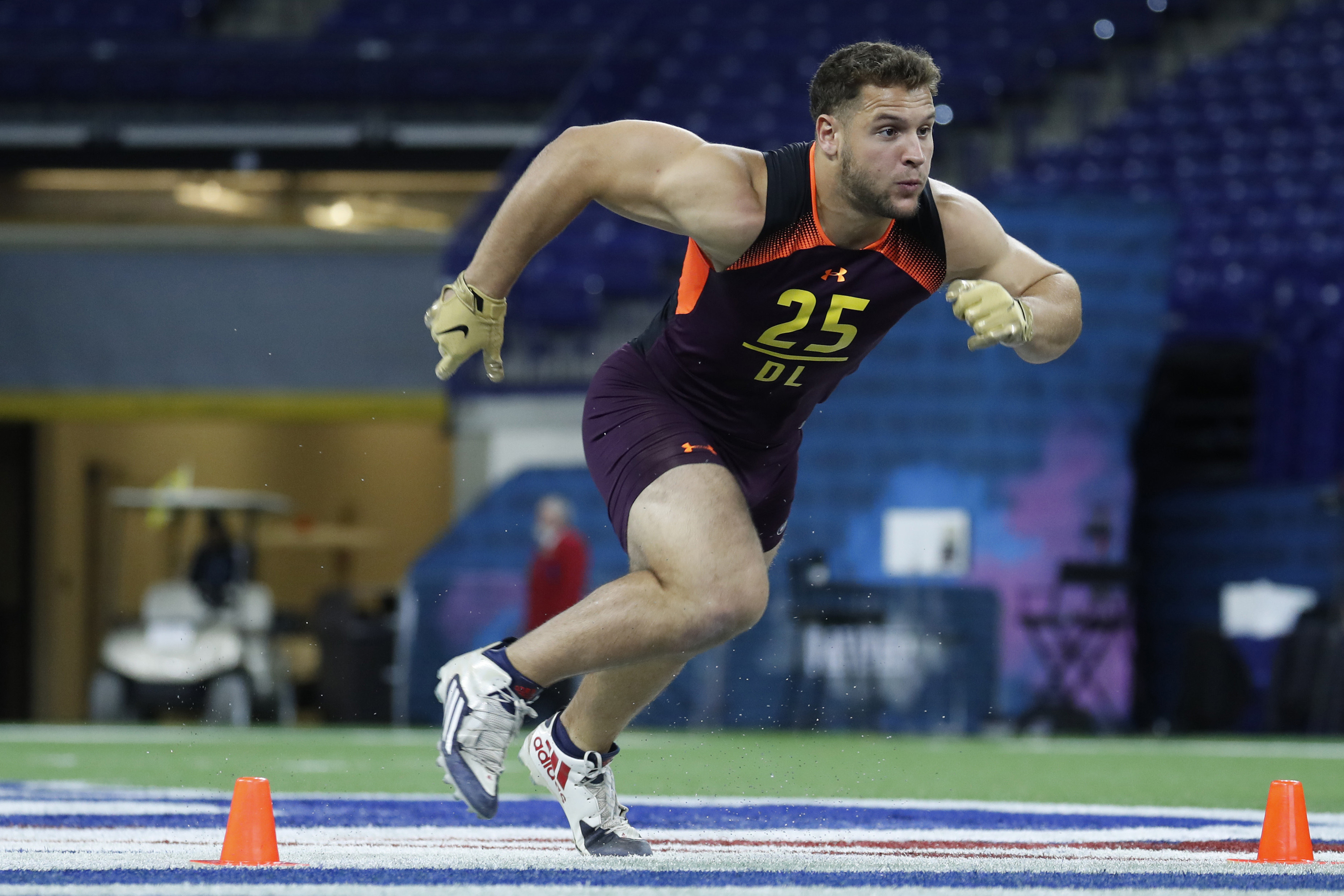 Nick Bosa's Dinner Date With the Cardinals Doesn't Reveal Much

Did Nick Bosa’s dinner date with the Arizona Cardinals ‘shake-up’ the 2019 NFL Draft?

The 2019 NFL Draft got interesting on Friday night shortly after we were told that Kyler Murray has been pretty much made aware that he’s the number-one overall pick come late April. As the Arizona Cardinals hold rights to the first pick of the Draft, it seems more than likely that they are going to trade away their current quarterback Josh Rosen, and take Oklahoma’s Kyler Murray to be their franchise quarterback instead.

However, the Cardinals attempted to shake things up this week. On Friday, the team had a dinner date scheduled with first-round prospect, Ohio State defensive end, Nick Bosa. Had the Cardinals not been head over heels for Murray, Bosa is probably their most logical selection. But with the direction Arizona has been heading in, it seems like Bosa will fall to the second or third pick of the draft.

Bosa has a useless sit-down

Here’s a little intrigue to mix into next month’s NFL Draft: the Arizona Cardinals’ brass is having dinner tonight in Ft. Lauderdale, Fla., with Ohio St. DE Nick Bosa, per league source. Bosa could be the potential No. 1 overall pick. A franchise-altering decision awaits Arizona.

As always, the internet loves a good overreaction. This time around though, nobody is really buying it. The Cardinals are doing their due-diligence by meeting with Bosa. Will his meeting with the team’s executives and coaches change their minds about Murray, and shift focus towards Bosa instead? It’s extremely doubtful. But in order to keep everybody on their toes, and in the unknown, this meeting was necessary.

At this point, it’s public knowledge that Bosa won’t go with the number-one overall pick and he’s probably accepted that. Being such a high-round prospect has its perks though.

Because even though Bosa and his reps pretty much know where Arizona is going next month, Bosa got a free meal out of it. Plus, he can use that meeting as practice for the teams that are seriously considering picking him next month. Quite the win-win situation for the Ohio State superstar.