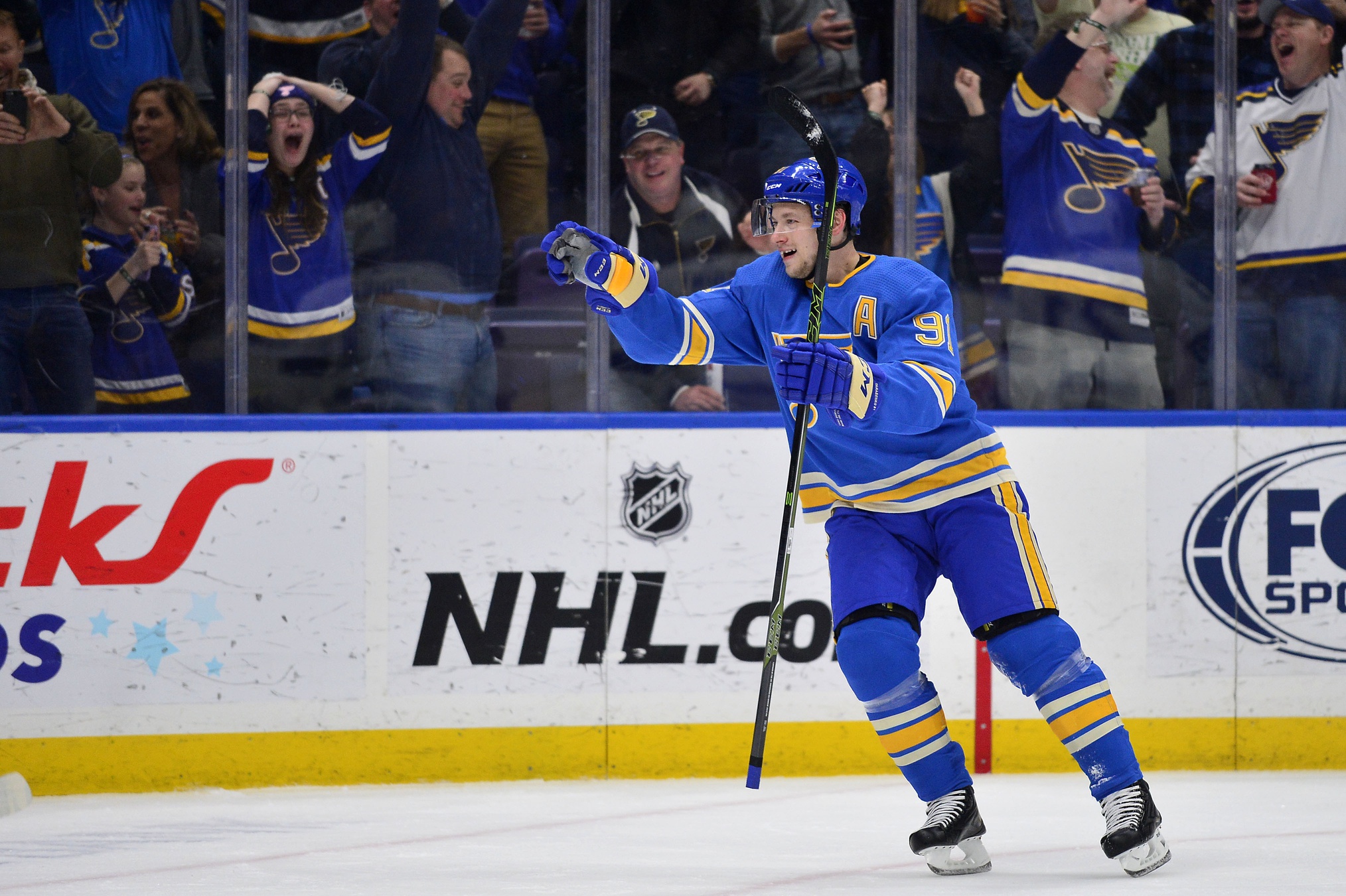 Vladimir Tarasenko hit a key milestone when he tallied a goal against the New York Rangers on Friday night. The goal was the 30th of the season for the 27-year-old Tarasenko, giving him five consecutive seasons with 30 or more goals.

Now that he has extended his run of consecutive 30+ goal seasons, he’s in some fine company.

Vladimir Tarasenko of the @StLouisBlues reached the 30-goal mark for his fifth consecutive campaign.

The only player with a longer active streak of 30-goal seasons: Alex Ovechkin (14). #NHLStats pic.twitter.com/xQybEYot3Q

Remember when the Blues were struggling and the idea of trading Tarasenko kept popping up? It seems like a long time ago. While we can’t confirm whether or not the Blues actually looked into any trades involving Tarasenko, there were a ton of rumors suggesting the star could be moved to shake things up.

Tarasenko’s consistency has been relatively quiet in the team’s rise back into the postseason. In fact, his overall consistency over the past five seasons may not be appreciated as much as it deserves to be appreciated.

Looking back, Tarasenko has scored 37, 40, 39, 33 and now 30 goals over the last five seasons. While some will point at the slight decline and wonder why Tarasenko hasn’t been able to rise up to or above the 40-goal plateau, it’s better to celebrate how consistent he has been on some rather inconsistent rosters. His ability to regularly produce (albeit with some slow stretches that occur to almost everyone) might be taken for granted by Blues fans.