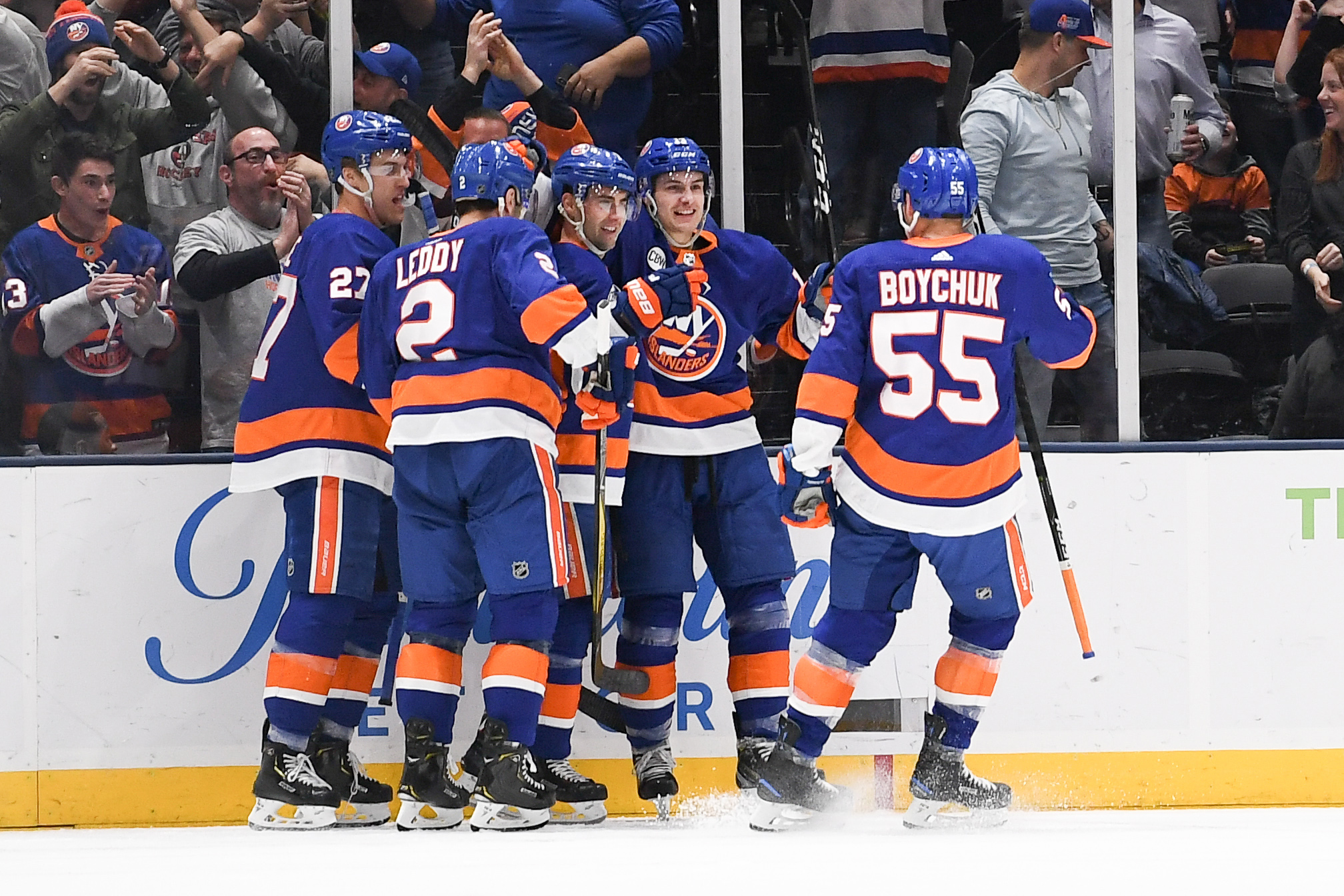 UNIONDALE, N.Y. — Robin Lehner paused for a moment and looked at the 13,917 who were chanting M-V-P as he was being interviewed on the ice Saturday night.

“Playoffs baby, playoffs! F–ing right,” Lehner said back to the crowd, clapping his hands in appreciation of the fans. The Nassau Coliseum roared in delight at the unfiltered response from the goalie.

And on a night like Saturday, it was an answer that encapsulated the feeling at the old barn on Hempstead Turnpike, where the Islanders hadn’t clinched a playoff berth since 2002. Most of the playoff-clinching win felt like a party as the Islanders found of the back of the net five times on the way to a 5-1 win over the lowly Buffalo Sabres.

The crowd erupted when Jordan Eberle scored 7:41 into the game to give the Islanders an early 1-0 lead. Some even dared to start a “We Want Playoffs” chant afterward. The jubilation only intensified as the points on the scoreboard began to mount up and the outcome became clear.

“It was special to do it here. Our fans have been unbelievable all season supporting us,” Matt Martin said about clinching at the Nassau Coliseum. “They brought the energy tonight. It felt kind of like that Columbus game at the beginning of the year. Our first game back (on Long Island). They fueled us throughout the game tonight and they’ve been doing it all year.

“They’re going to be very important for us down the stretch and throughout the playoffs.”

For a team that had been counted out by nearly everyone except for the players and the most diehard fans, it seemed very apropos that the Islanders clinched at the Nassau Coliseum in front of their faithful supporters. The fans had been out in the parking lot early in preparation for Saturday night.

.@brendanmburke rolls off the predictions for each of the outlets that thought the @NYIslanders would miss the playoffs – by a lot #Isles

The music blared from the tailgaters outside and the excitement never dwindled as the chants for the playoffs only grew louder throughout the night. They serenaded co-owner Jon Ledecky as he perused the upper bowl of the arena.

They chanted Barry Trotz’s name in recognition of his work he’s done this season and they roared as the public address announcer exclaimed that the Islanders had clinched a postseason berth.

“To do this on home ice, these fans deserve that,” Mathew Barzal said. “Coming back to the Coli this year, that’s huge. You can see the excitement in the city and all especially tonight in the building. Not many people probably thought we would be here but three games left and we just secured a spot so it’s pretty exciting.”