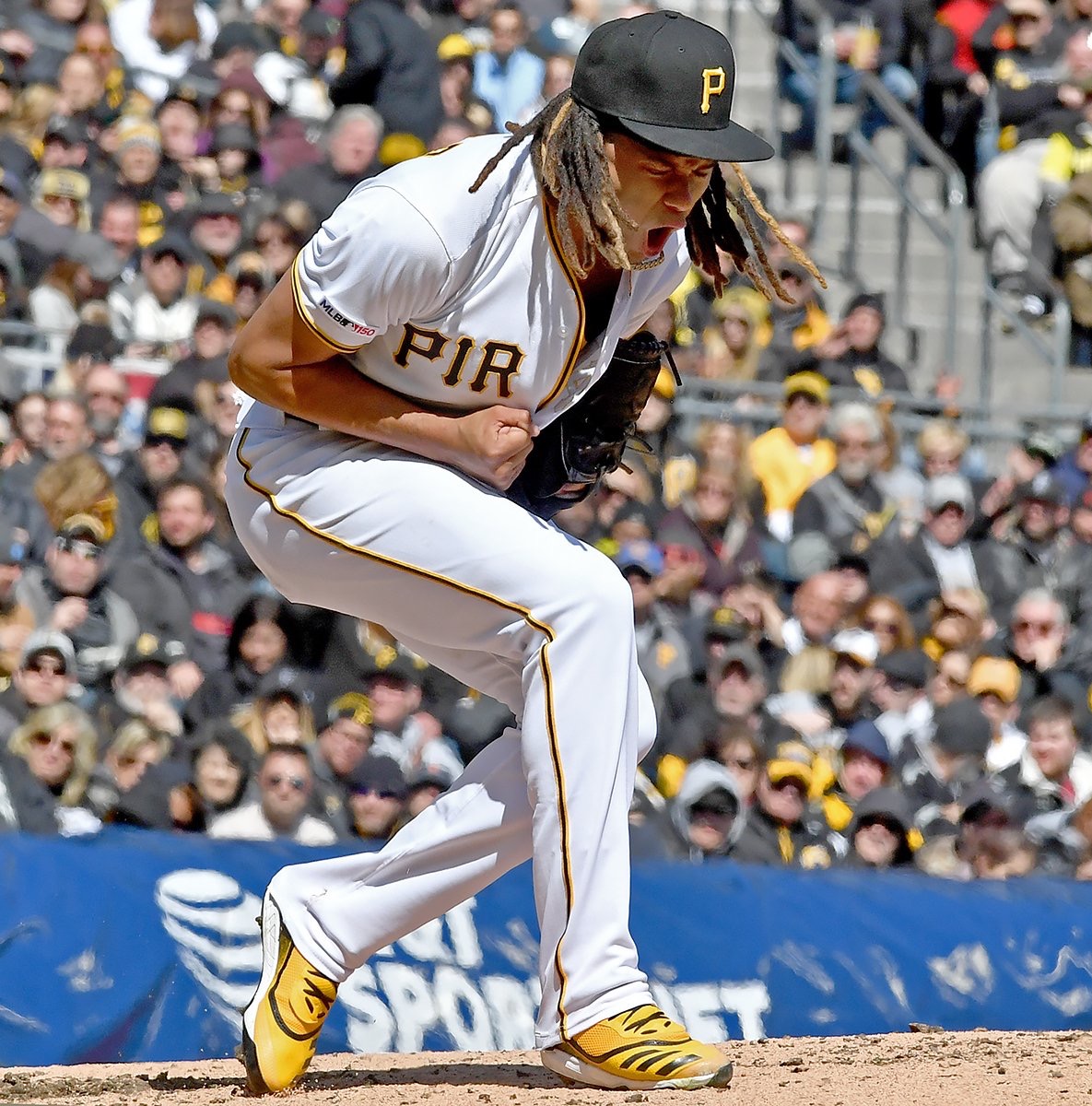 The buildup to the Pirates’ home opener Monday afternoon against the St. Louis Cardinals was palpable, mainly due to the Pirates returning home to the most beautiful ballpark in baseball for another season.

However, with Chris Archer on the mound to open the 2019 regular season at home, anticipation and expectations were high. Archer delivered in a big, big way.

In 5 innings of work against the Cardinals, Archer held the Cardinals without a run, allowing just 2 hits while striking out 8 hitters. Archer did walk 3 batters and struggled with efficiency overall with 98 pitches (19.6 pitchers per inning), but last season’s trade deadline acquisition was masterful while relying heavily on his slider.

According to Baseball Savant, Archer threw 37 sliders on the day (38 percent) and recorded an astounding 15 swings-and-misses and 8 called strikes on the sliders, while allowing contact on just 6 of the sliders as Cardinal hitters went 1-for-3 on the day against the pitch with 3 foul balls.

Last season Archer relied heavily on his slider, throwing it nearly 42 percent of the time so it shouldn’t come as a surprise that Archer leaned on the sharp breaking ball to keep the Cardinals off balance all game long.

Aside from Archer’s dominance with the slider, the veteran righty needs to become more efficient with his pitches, which would allow him to work deeper into games. A clean sheet after 5 innings of work is always good to see, but Archer’s stuff is good enough to go an inning or two deep into the game, helping save the Pirates’ bullpen.

That being said, it’s hard to find anything – and I do mean anything, including his body language – to complain about after Archer’s first start, Rick Sutcliffe be damned. If this is a sign of things to come from Archer, it’s going to be an exciting summer for the Pirates.