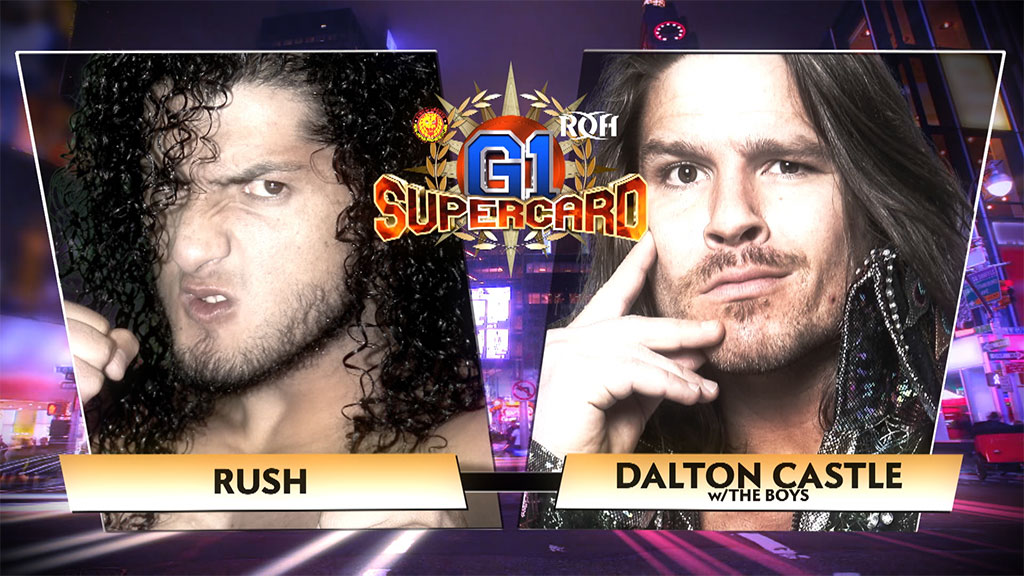 Ring of Honor star Dalton Castle recently appeared on Sirius XM’s Busted Open radio show, where he talked about a variety of topics. Much of that interview centered on the upcoming G1 Supercard, which is set to take place on Saturday, April 6.

The huge event is co-promoted by ROH and New Japan Pro Wrestling and features stars from both companies. The G1 is happening in New York’s Madison Square Garden, just one day before WWE’s WrestleMania 35 in New Jersey.

The flamboyant Castle talked about the G1 event and specifically about his opponent, Mexican superstar Rush.

“I’m excited about it. This is a huge event, this is hands down the biggest show of my life to the date and I can’t see a better way to do it than to get in there with a guy who is gonna test me to no end than I’ve ever been before. He is a big mountain of meat, I’ve said it before and he is on a winning streak so he’s hot right now and I like a good challenge.”

The former ROH World champion also commented on whether or not he will be able to take the time to truly enjoy the moment. After all, it’s the biggest night of his career and arguably the biggest night in Ring of Honor’s history. Will Castle have the opportunity to soak it all in?

“No, absolutely not. I know already with my experience in big shows and the way I’ve focused my carer on these big events, I am focused on the task at hand: entertaining the crowd and getting out there and having an amazing entrance and a kick a** match.”

Dalton is one of the most popular talents in Ring of Honor today and he has consistently been a top main event attraction for much of his time in the company. His match against Rush is highly anticipated and it may just lead Castle back to the world title picture at some point in the near future.