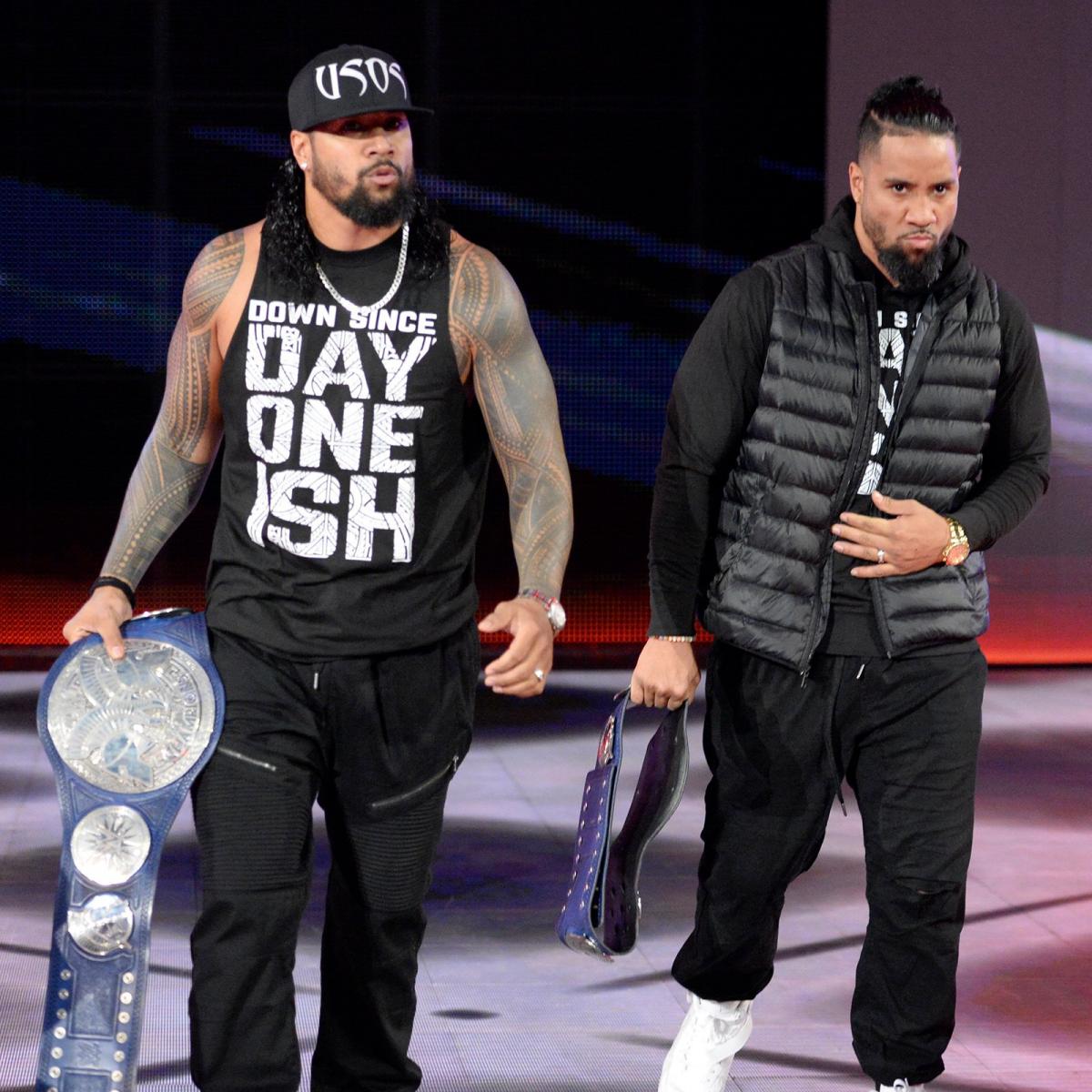 The Usos are set to defend their tag team titles in a fatal four-way this Sunday at WrestleMania 35, as it was announced by Alexa Bliss as they will face The Bar, Aleister Black and Ricochet and Shinsuke Nakamura and Rusev. Bliss said due to The Usos forfeiting their match against the New Day in the gauntlet match, they were faced with repercussions.

This will be the most difficult task yet for The Usos to defend their titles. The teams they are going up against are very dangerous and have a lot to prove. The Usos have held the titles for 45 days now. They won back their tag team titles back from The Miz and Shane McMahon at Elimination Chamber in February.

Here are some interesting stats in the past two years for The Usos and their title reigns.

That is a pretty crazy span for a tag team and it just proves of how dominate they are. It just shows how crazy talented and dedicated they are to being the best tag team in WWE history.

A tag team always has a good rivalry with another team and this point is true as the New Day and The Usos have been a rivalry for quite sometime. They may be friends out of the ring, but all bets are off in the ring with a title on the line.

The title reign in the span of two years right now is very impressive. With The Usos re-signing with the WWE for another five years, it is proof that the Usos reign on the tag team title division will continue for a long time. They are excellent entertainers and can be very funny or serious when needed. They are also very talented on the mic.

With this Sunday being a crucial match for their title reign to continue, it will be interesting to see how well they perform with the stack dealt against them.  One thing is for sure, we know they will leave it all out in the ring.

As their saying goes: “Welcome, to The Uso Penitentiary!”