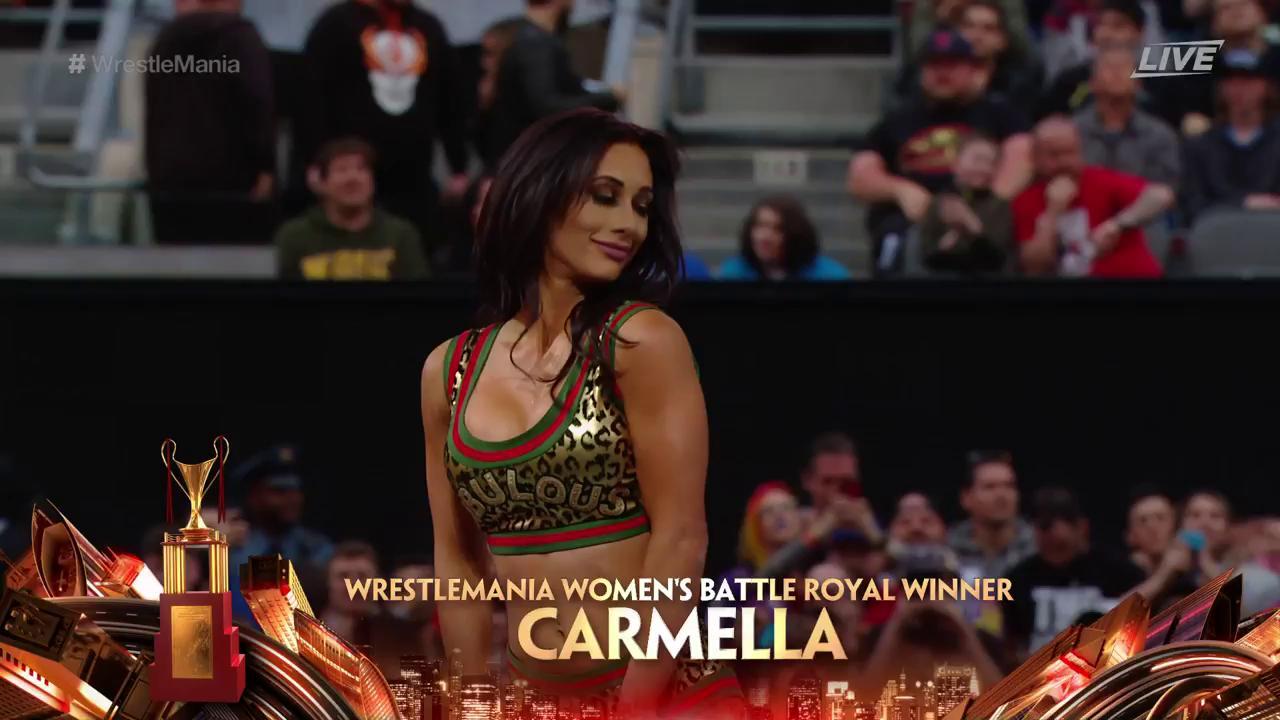 Carmella has won the Women’s Battle Royal at WrestleMania 35. The Princess of Staten Island eliminated The Riott Squad’s Sarah Logan to win the match.

Many WWE fans are surely happy with the result. Carmella has had one run as SmackDown Women’s champion but at the time, she perhaps did not have the level of respect that she would’ve liked.

However her association with R-Truth has definitely put her on the map for fans as she’s become one of the more popular Superstars on the blue brand.

Her win at WrestleMania 35 did not come with a title shot, which is surely a frustrating point of contention for the WWE faithful. Why not put a prize up for grabs, so the Battle Royal participants had a reason to compete in the first place?

Of course just because there was no such stipulation attached to this match, that does not mean Carmella won’t get a title shot. It could very well be that the former champion could find herself back in the title hunt once again on SmackDown Live.