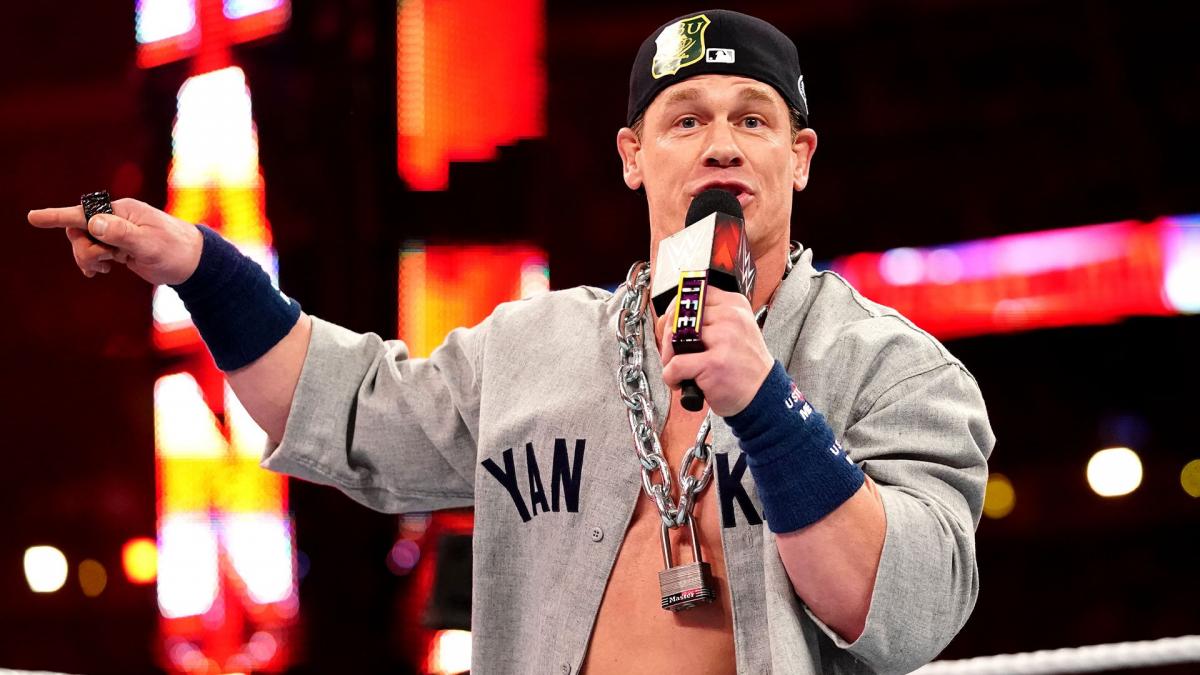 John Cena returned to WrestleMania 35 and he did so in a very old school way. John came back to Vince McMahon’s company in his original gimmick, The Doctor of Thuganomics.

Cena interrupted Elias, who was giving a “concert” performance in the middle of the ring. John’s throwback music hit, he came out in his old gear and the sold out crowd at MetLife Stadium went absolutely wild.

Cena was over from the moment he hit the ramp till the moment he laid Elias out with The Attitude Adjustment, which he referred to under its previous moniker, the F-U. But before he laid a hand on Elias, Cena burned him down on the mic with his trademark rhymes.

Cena talked about what it meant to him to come out in this gimmick on The Grandest Stage of Them All.

“I think it was really special. and it was done all in the good heart of entertainment. I thought Elias put on a creative performance and I didn’t want to take a ton of time away from the event or the Superstars that have earned a chance to go out there and do what they do. I know we were only a few minutes, it was awesome to be out there, it felt really fun and I think it was a nice surprise for all the WrestleMania fans.”

Cena went on to say that he has just finished shooting a movie and really wanted the chance to be at WrestleMania in a live capacity, rather than appear via satellite. There had been rumors online for several weeks that John was perhaps going to come back and face Kurt Angle at WrestleMania 35, but those rumors did not prove to be true.

John Cena is indeed now on to the next chapter of his life, as the 16-time World champion has transitioned to a successful career in Hollywood. His latest role was in the hit Transformers film Bumblebee.