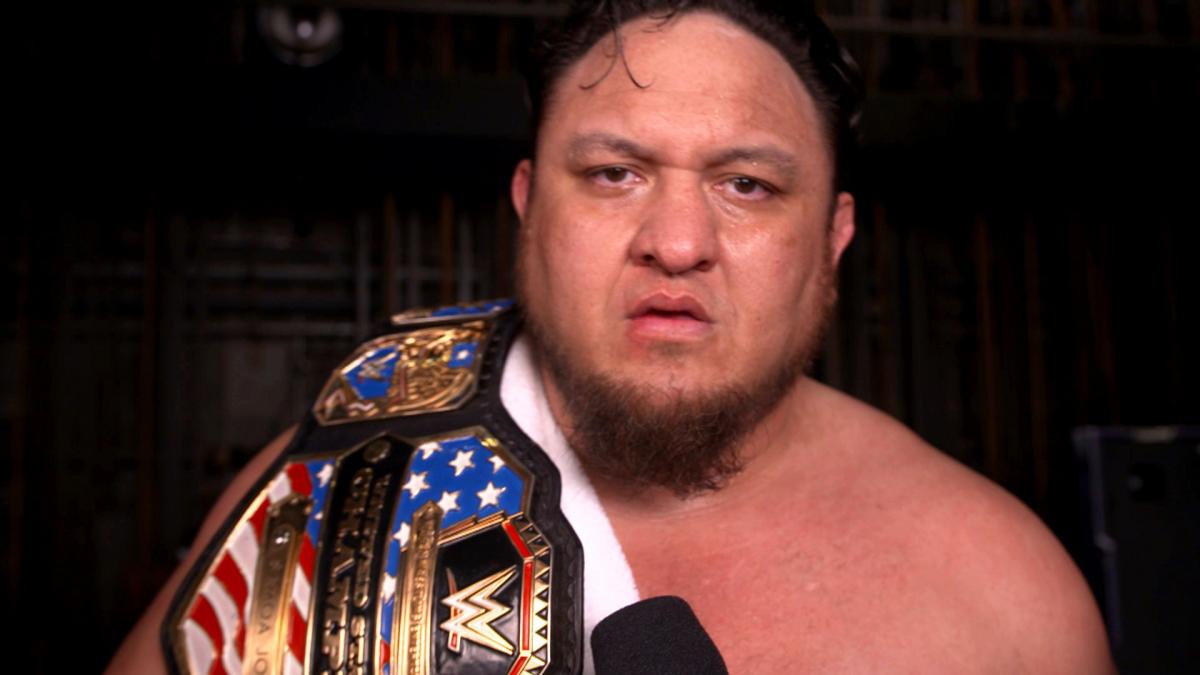 Samoa Joe is still the WWE United States champion. The Samoan Submission Specialist successfully defended his title against Rey Mysterio at WrestleMania 35 on April 7. Now, WWE has posted a backstage interview with Joe following his match.

Rey took the fight to Joe during the first part of the bout  but his flurry of offense did not last long as Joe took control and never gave it back. The match itself was short and when Joe cinched in the Coquina Clutch, Rey was unable to continue.

The length of the match likely did not surprise fans. Rey suffered an injury to his right ankle during a match against Baron Corbin on the April 1 edition of Monday Night Raw. Since that night, speculation online suggested that Mysterio would perhaps be removed from the title match at Mania.

But Rey was medically cleared and he did at least have his WrestleMania moment. But in the end, the match was likely abbreviated due to his injury. Joe is still the U.S. champion and even though he’s a heel, many fans are surely happy to see him retain the title.

Joe indeed has earned the respect of fans through the years and the same is true of his time in Vince McMahon’s company. The United States Championship is his only title in that company to date, with the exception of the NXT Championship, which he first won in 2016.

Now that Joe is finished with his WrestleMania challenge, it’s unknown if he’s actually finished with Rey. Former champion Kevin Owens was not used on the WrestleMania card but considering he’s now a babyface, KO could eventually be booked in a program with Joe for the U.S. Title. But despite who he faces next, Joe has a stern word of warning ready for whoever challenges him next.

“Witness what just happened. I just decimated Rey Mysterio. Any man who steps in, I can guarantee, you’ll fare much, much worse.”