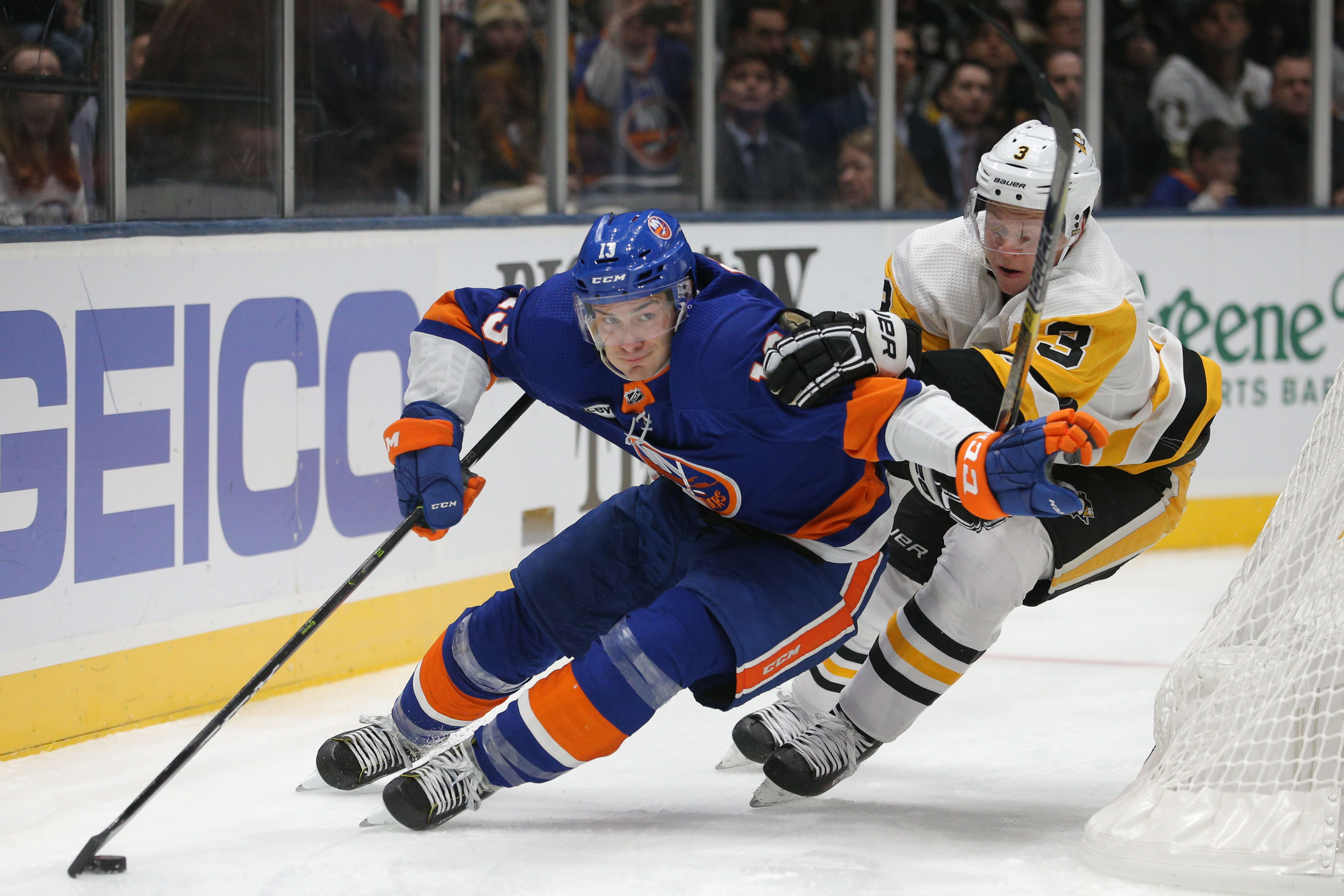 It was hard to figure who Islander fans expected to take the mantel as the face of the franchise when John Tavares left in July. Now, with Mathew Barzal’s first appearance in the postseason a day away he has a chance to solidify that position.

And if the Islanders are hoping to make it out of the first round they’ll need Barzal to find that next level to his game against the Pittsburgh Penguins.

The young Islander has cooled down a bit after a stellar rookie year and struggled to find the back of the net down the stretch of the season. Barzal scored just one goal in the final 24 games of the regular season.

His goal against Winnipeg on Mar. 28 was the first he had scored since the Isles had defeated the Edmonton Oilers on Feb. 16.

The pressure will be on him to step up offensively against a Penguins team that certainly has the firepower to give the Islanders a hard time. Pittsburgh finished the regular season as the sixth highest scoring team with 271 goals, while the Islanders finished near the bottom with 223 goals.

So that means the offensively challenged Islanders need one of their best offensive weapons to be just that come Wednesday.

“I love this atmosphere. I love the big stage,” Barzal said after Monday’s practice on Long Island. “Last year, I just didn’t have this emotion and this intensity. So I’m just happy to get that back and get that feeling back. It’s going to be fun.”

However, this stage won’t be like anything Barzal has seen in his career. Sure, the 21-year-old has a silver medal under his belt from the World Junior Championship and WHL title from his time with the Seattle Thunderbirds, but the Stanley Cup Playoffs are a different animal.

Those are experiences Barzal can draw from, but they won’t quite match up with the intensity he will see over the seven-game series with the Penguins.

“Everybody has won at some level I’m pretty sure, but the playoffs at the Stanley Cup level is a little different than winning in junior,” Islanders coach Barry Trotz said. “Everything from the intensity and the scrutiny on the game, the media. All the stuff that goes into it. It’s a different experience. Any of those experiences…they’re all great experiences and they help you prepare for some of the things that happen during a playoff series.

“It’s just everything is intensified and scrutinized even more at this level. It’s just how you deal with the intensity and scrutiny.”

The expectations are there for Barzal, even from his head coach. Trotz told reporters that he expected the young forward to just accept the challenge against whoever is lineup against him on the ice.