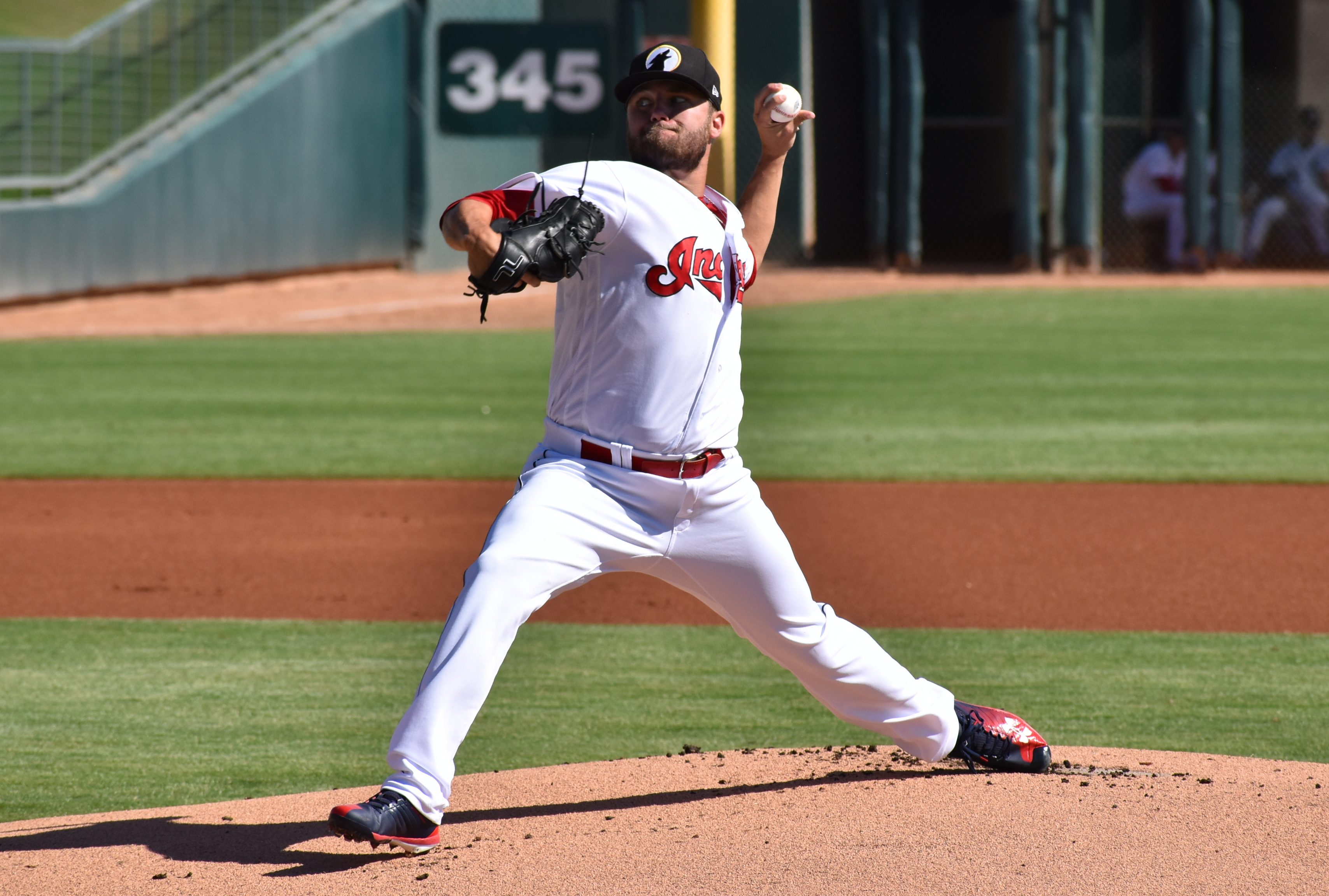 The Akron Rubber Ducks opened their season last Thursday against the Altoona Curve. The Ducks dropped the season opener, 5-0. Unfortunately this was a preview of what would come next. In fact, the Ducks dropped there next five games, after the opener, to fall to 0-6. Finally, Akron broke through in-game 7, with a 5-2 victory over the Trenton Thunder. The next day the Ducks dropped another game to the Curve. They lost this one 3-2, in 11 innings.

The 1-7 start is obviously disappointing, however some good things have happened over that time period. The pitching staff has gotten off to a relatively strong start. Four of seven games have had quality starts. Of the three that didn’t statistically to be quality starts, one was a four inning shutout performance by Matt Solter. Prior to yesterday’s game Sean Brady was promoted to AAA Columbus. This forced Akron to come up with a last minute replacement, which ended up being the aforementioned Solter. If you are not familiar with Solter, he was signed by the Indians back in February. He was a free agent at the time. Last year he pitched with the St. Paul Saints of the independent American Association. He is 25 years old and pitched two seasons in the Giants organization prior to last season. It’s hard to say what kind of prospect Solter might be but, four shutout innings in your first outing is a good place to start.

The only starter that has struggled so far is the highly rated prospect, Sam Hentges. Through two starts Hentges has pitched only 7 2/3 innings with a ridiculous 9.29 ERA and an equally ridiculous 2.48 WHIP.

Offensively, Akron has struggled. Through eight games they are 56-269, collectively, for a .208 average. The have only hit four HRs and scored just 20 runs (2.5/game). In addition, the team has walked only 18 times with 70 strikeouts. Obviously these numbers are based on a small sample size and need to be improved substantially.

There have been some bright spots offensively. Although Daniel Johnson is batting only .217, he has an on base percentage of .400 and a .878 OPS. Of his five hits three have been extra base hits and he has drawn six walks already.

Mitch Longo has started well also. So far he is 9-29 for a .310 batting average. He has a .724 OPS and leads the team with five runs batted in. Through seven games Longo has failed to draw a walk. Obviously the Indians would like Longo to improve on that as the season progresses.

The last prospect I want to touch on is Andruw Monasterio. Monasterio was the player to be named later, acquired from the Nationals, in the Yan Gomes trade. Although this is his sixth professional season he does not turn 22 until May 30th. He is a middle infielder type who can play second base, third base and shortstop. Defensively he has handled 27 chances without an error so far this season. Offensively, he is second on the team with a .308 batting average. He has settled in as the lead-off hitter in Akron. He was much less hyped than Daniel Johnson or Jefry Rodriguez when they were aquired from the Nationals. Cleveland has a history of making under the radar type of moves that turn out really well for them. Let’s hope that Monasterio is another one of these acquisitions.