The Blues are getting big playoff contributions from unlikely sources 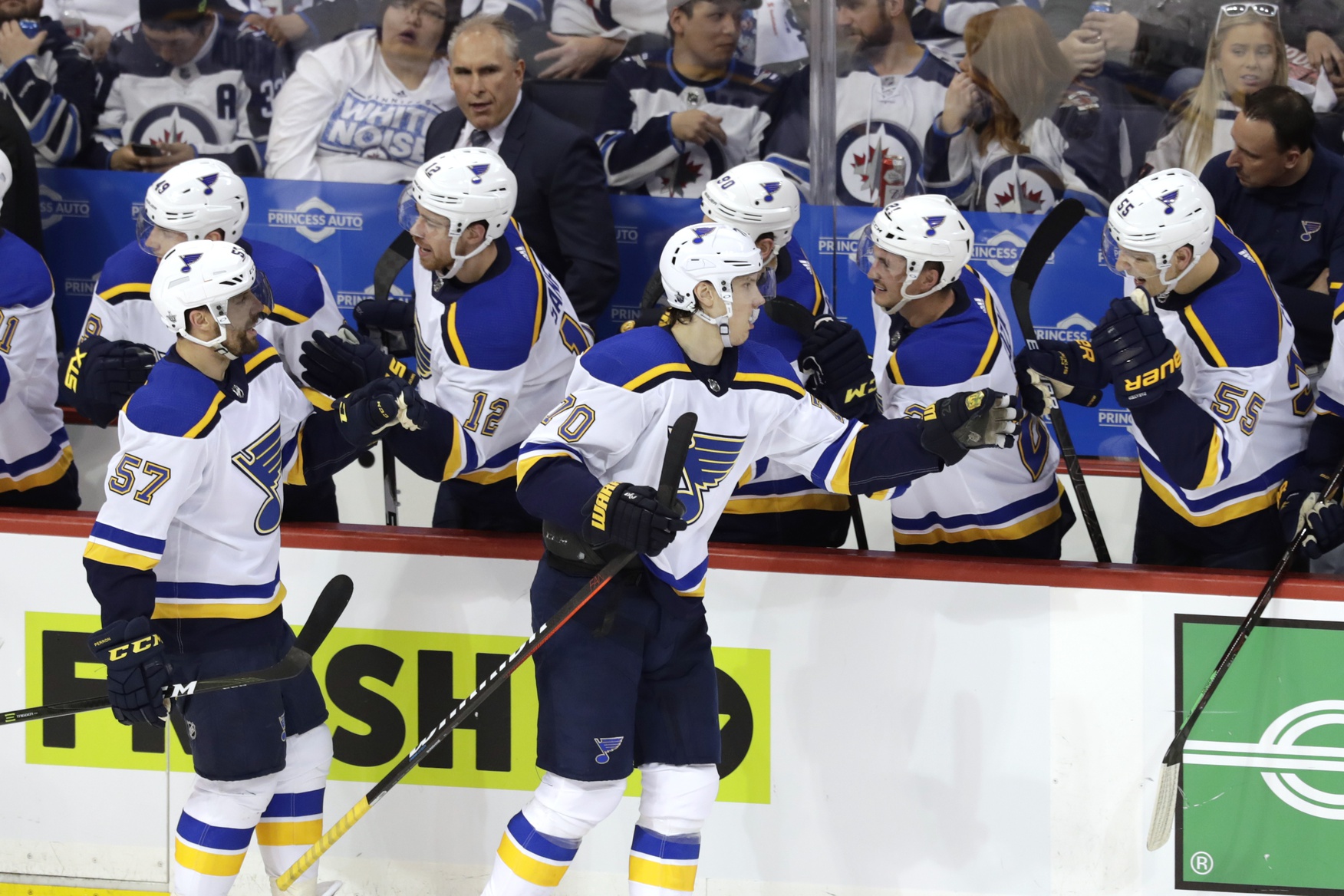 The Blues are getting big playoff contributions from unlikely sources

The NHL playoffs are a grueling grind that puts every team’s depth to the test. So far, the St. Louis Blues are passing that test with flying colors.

The Blues picked up two huge road victories in a hostile environment thanks to the contributions from some unlikely sources. On defense, the names you might expect (such as Jordan Binnington) have stepped up in pivotal moments. On offense, Blues fans need to thank Tyler Bozak, Pat Maroon and Oskar Sundqvist for the team’s 2-0 series lead.

Bozak found some of the best offensive chances in Game 1. He was pretty unlucky to end the game with just one goal. Switching over to Game 2, Sundqvist was the star as he picked up two huge goals to propel the Blues to another victory. Maroon has also played extremely well, creating chances down low and from behind the back of the net.

Meanwhile, Vladimir Tarasenko has been held without a point through the first two games of the series. That’s not a knock on Tarasenko’s early play. Instead, it’s a resounding complement for the team’s depth players who have stepped up in this series.

The Blues are doing a great job of wearing down the Jets in the offensive zone. Their second and third lines have been particularly successful in cycling the puck and at times creating chances that almost look like the Blues have the man advantage.

The overall level of play seen in the Blues’ depth has been one of the biggest differentials in the series so far – right alongside Binnington’s timely saves.