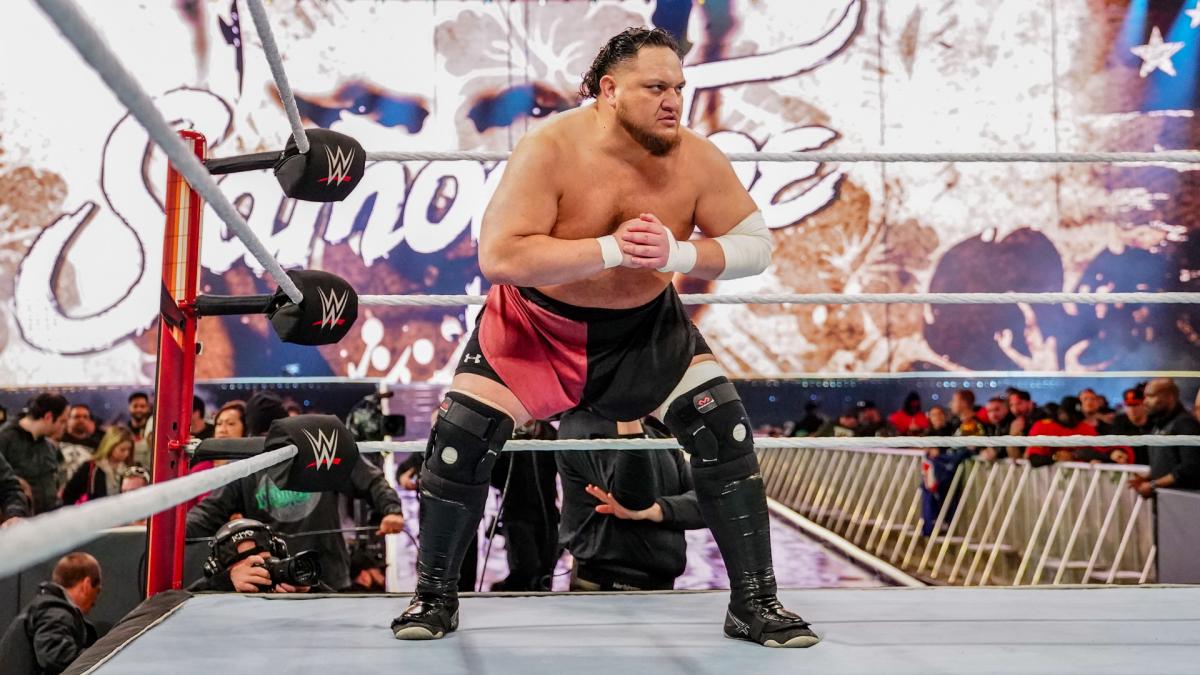 Current WWE United States Champion Samoa Joe is heading to the Raw brand as part of the Superstar Shakeup that has since concluded. The news is a given as WWE Intercontinental Champion Finn Balor was announced as a part of Smackdown Live this past week.

With Samoa Joe on the Raw brand, it’s being reported that he isn’t going to show up quietly, as he has unfinished business with one of its Superstars.

The Wrestling Observer shared some details on the plans for Joe’s post-WrestleMania feud. None other than Braun Strowman will go toe to toe with the Samoan Submission Machine in a quest to add some gold to his resume.  Strowman was the 2019 winner of the Andre the Giant Memorial Battle Royal.

Joe is coming off the momentum of destroying Rey Mysterio under a minute at WrestleMania 35.  Strowman confronted Joe on the April 9th edition of Smackdown Live, after Joe vowed to take out any Superstar the same way he did Mysterio. WWE Commentator Tom Phillips foreshadowed the move on commentary, questioning if this was a ‘preview of things to come’ for the Shakeup.

The two Superstars have crossed paths before; however have not embarked in a one on one feud. Considering that both men could use a concrete feud for the summer, the Shakeup has seemed to work out for the both of them as of now.

Strowman is unquestionably one of Raw’s top stars while Joe’s previous experience has helped catapult him through the company since his highly anticipated debut in NXT four years prior.

Joe has recently been battling illness, as he has been off television since the April 9th Smackdown Live. His return to Raw will likely be more of an expectancy versus a surprise factor. Once he is medically cleared, Joe will surely intend to get back at Strowman.