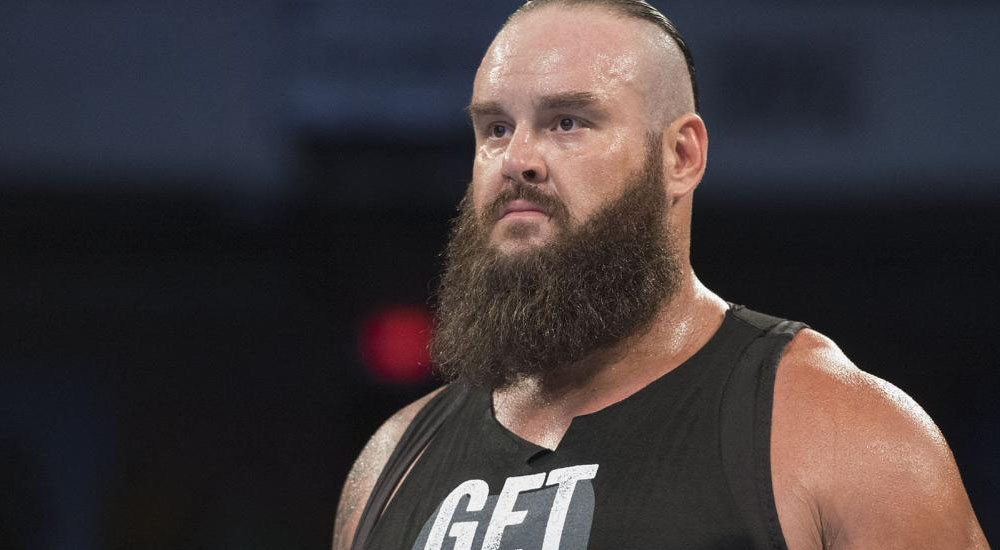 WWE was making its way through the Midwest over the weekend, so it made perfect sense that Wisconsin-native Braun Strowman would end up in Milwaukee.

Sunday, the WWE Superstar stopped by Miller Park to take in the Brewers afternoon tilt against the Los Angeles Dodgers.

Prior to the game, the bearded behemoth took the mound to deliver the ceremonial first pitch.

Looking good out there, @BraunStrowman! The Monster Among Men threw out the 1st pitch today at the @Brewers game! pic.twitter.com/nEazfEYJiB

Strowman even got to cross an item off his proverbial bucket list when he channeled his inner Bernie Brewer.

An appearance by WWE’s “Monster Among Men” in Milwaukee isn’t that far-fetched. Strowman, real-name Adam Scherr, is a Brewers can and hails from just north of Brew City.

“I had pitched a bunch of ideas for names with the company and they turned them all down. It kind of got down to a time crunch, we need to figure out something out now,” the WWE Superstar said. “We were sitting around the [WWE] Performance Center and Sportscenter was on and they were talking about Ryan Braun and I was like ‘Braun, that sounds pretty good.’ I mean look at me, I’m 6’8 and 385 pounds, I mean Braun is pretty fitting.”

Hold on…Braun Strowman got his name from the 2011 National League MVP?

Yup. And you better believe Sunday wasn’t the first time the two Brauns got together for a picture.

Lastly, this isn’t Strowman’s only connection to baseball.