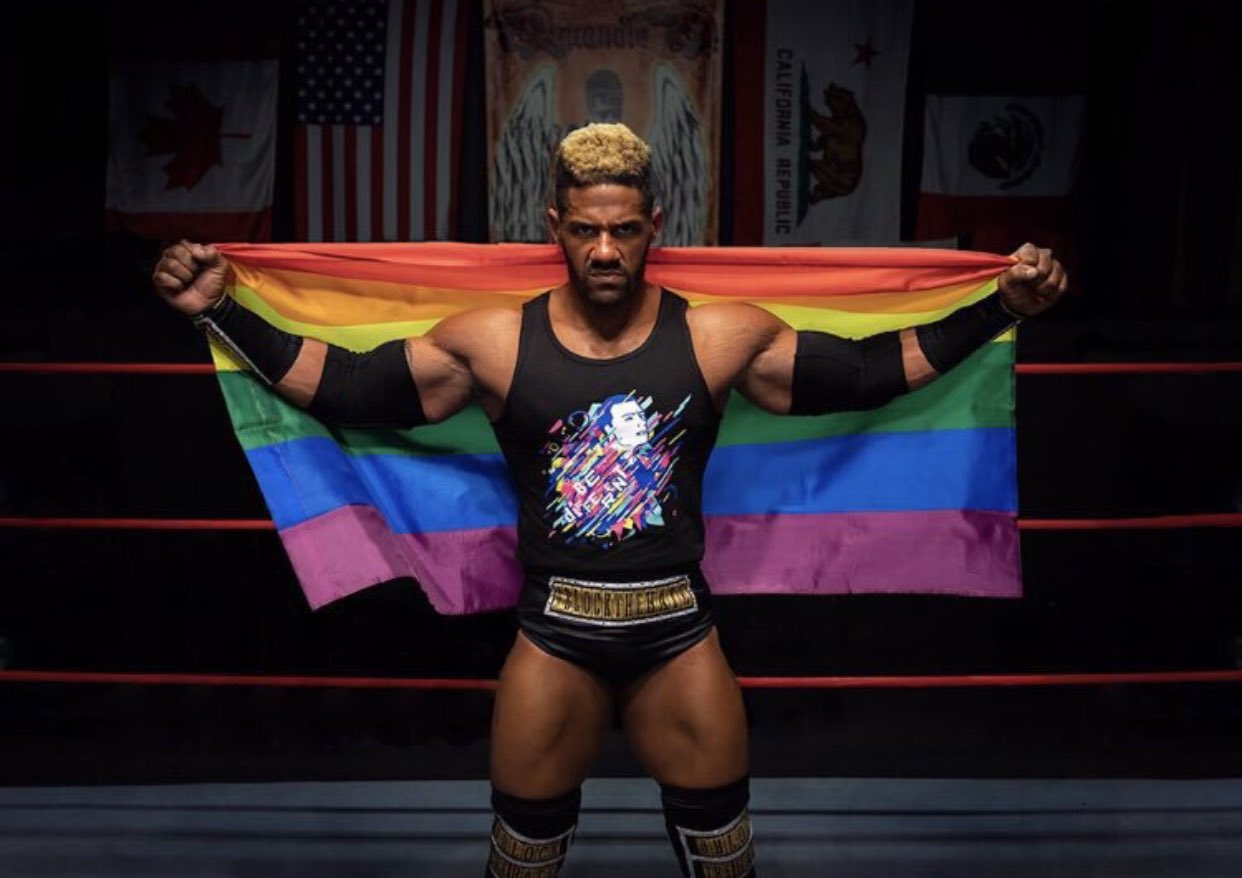 Former WWE Superstar Darren Young recently spoke with Tom Clark’s Main Event about a variety of topics. Chief among them was Young’s recent Vanguard award, which comes from the OUTshine Film Festival.

According to OUTshine’s website, the Vanguard Award is “given every season to celebrity talent who have demonstrated outstanding leadership and support of education, equality, and representation, for the LGBTQ communities.”

Since his departure from WWE in 2017, Young has worked tirelessly to be a positive role model and spread a message of tolerance and love, rather than hate. Drosser talked about the award and what it means to him.

“I was blown away, I was speechless. So I handed it over to my management team and said man, this is amazing, let’s rock this in, this is my biggest honor ever.”

Darren Young worked on WWE’s main roster from 2010 to 2017, where he found his first fame as a member of The Nexus. Young was also part of The Prime Time Players with Titus O’Neil and the duo were WWE Tag Team champions.

Young, real name Fred Drosser, also talked about the importance of his Block the Hate Movement, which he built alongside WWE. Drosser is taking his program all over the country and he’s doing it with deeply personal desire to see it reach as many as possible.

“I’m taking it from city to city, west coast to east coast, worldwide. The Block the Hate Movement is so important to me because in this world we all receive hate for various reasons. But in order to be strong, you must block the hate. So it’s not just an LGBTQ movement, it’s a movement for anyone that gets bullied into silence.”

Fred then spoke about coming out to the world in 2013 and mentioned the names of various WWE Superstars that immediately supported him. However one of his supporters was actually a celebrity that had nothing to do with the pro wrestling business, but had an inspiring story to tell.

Of course, fans have surely been wondering when and if Darren Young will return to the business. But the WWE faithful may be surprised to learn that Vince McMahon’s company may not be the one that he eventually signs with. Is it possible that the former Nexus standout could join another high profile pro wrestling promotion?

“I’ll be honest with you. 2017 broke me. 2018 opened my eyes and 2019? I’m on a mission to continue with my Block the Hate Movement, continue to wrestle, whether it be with a new organization that’s up and coming—AEW, ROH, or New Japan. I’ve never been to Southeast Asia, I was always on a different tour when I was with WWE. So I’ve never been to Asia, where wrestling is treated as a sport. So I want to be able to venture out there for the first time.”

Drosser certainly sounds as though he’s ready to bring Darren Young back, or perhaps just be himself this time around. But how confident is he that he could make an impact after 17 years?