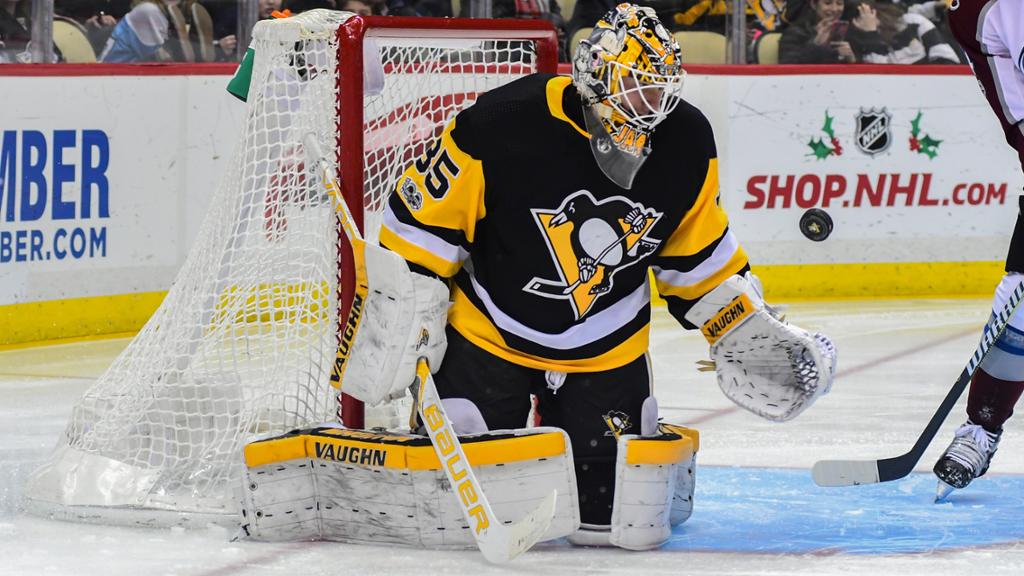 I know what you’re thinking after reading this title, “What decision?” or “Casey DeSmith isn’t a prospect anymore Leah, he’s spent the last two years in the NHL the decision has been made.”

I get that I do, but things are changing in the organization with the status change of Tristan Jarry and it’s only fair to look critically at both the second and third goalies. Starting next year, as I said in my prospects overview, Tristan Jarry will require waivers to be reassigned to the Wilkes-Barre/Scranton Penguins. This means the team could lose him – for nothing – at any point when Matt Murray or Casey DeSmith gets banged up next season.

This is a problem. I feel like this is the most obvious thing in the world to point this out but – it is. If you don’t believe me look at the situation the Toronto Maple Leafs found themselves in this year when they lost both Calvin Pickard and Curtis McElhinney to waivers early on. This led to them paying to get another goalie to supplant theirs when Garret Sparks faltered. And this is the easy situation. Matt Murray is a human being and he’s gotten injured before. Even short stints mean someone else has to come up and every time this happens increases the chances of losing a goalie to the waiver wire. Besides, Jarry deserves meaningful NHL playing time. He can’t just sit in the AHL forever.

So, now what? The answer, to me, seems pretty simple. They’ve got to make someone pay something for one of the non-waivers-eligible goalies this summer. At first, I thought that moving Jarry would be easier. He’s younger, has a better pedigree, and is still malleable in many ways. Then, everyone at the trade deadline reminded me that a dime-a-dozen goalie isn’t really going to move the needle. So I changed course…what if the Penguins moved DeSmith? He of the palatable 1.25 M cap hit throughout the next three seasons. I then pulled up the numbers…

DeSmith posted a .917 this season in 36 appearances. He won 15 games and lost 11. He played his best when he was playing regularly too. Remember, from Nov. 7 through Dec. 15, DeSmith started 14 of 18 games. In that time he was 8-5-2 and put up a respectable .920 save percentage. Keep in mind, at this time the Penguins were not playing great. So it’s not like they were making his job any easier. Besides, if you move DeSmith you have an asset that’s worth more. He’s played a number of NHL games throughout the last few years and is definitely an option at the NHL as a back-up and better than some team’s starters were last season.

Jarry’s numbers have been pretty meh in the NHL but he’s barely played and played a lot of garbage type games where he’s the goalie for the second night of a back-to-back. A team willing to take a gamble could get a very good NHLer out of this guy and he is 24.

So then what? Well, they need to find suitors for either player. The Flames could move on from Mike Smith and take on one of these guys as Rittich’s back-up. The Sharks could add one and sure up their net. But probably the best bet is the Oilers. They just paid Mikko Koskinen far too much and he is literally the only guy they have signed next year. Jarry also has a history in Edmonton as an Oil Kings goalie.

Look, either way, you’re not getting something big in exchange but it’s just not in the best interest of the players or the team to keep both goalies next year. Whether it’s DeSmith or Jarry one of them needs to find a new home this summer.