Kris Bryant is back to crushing baseballs 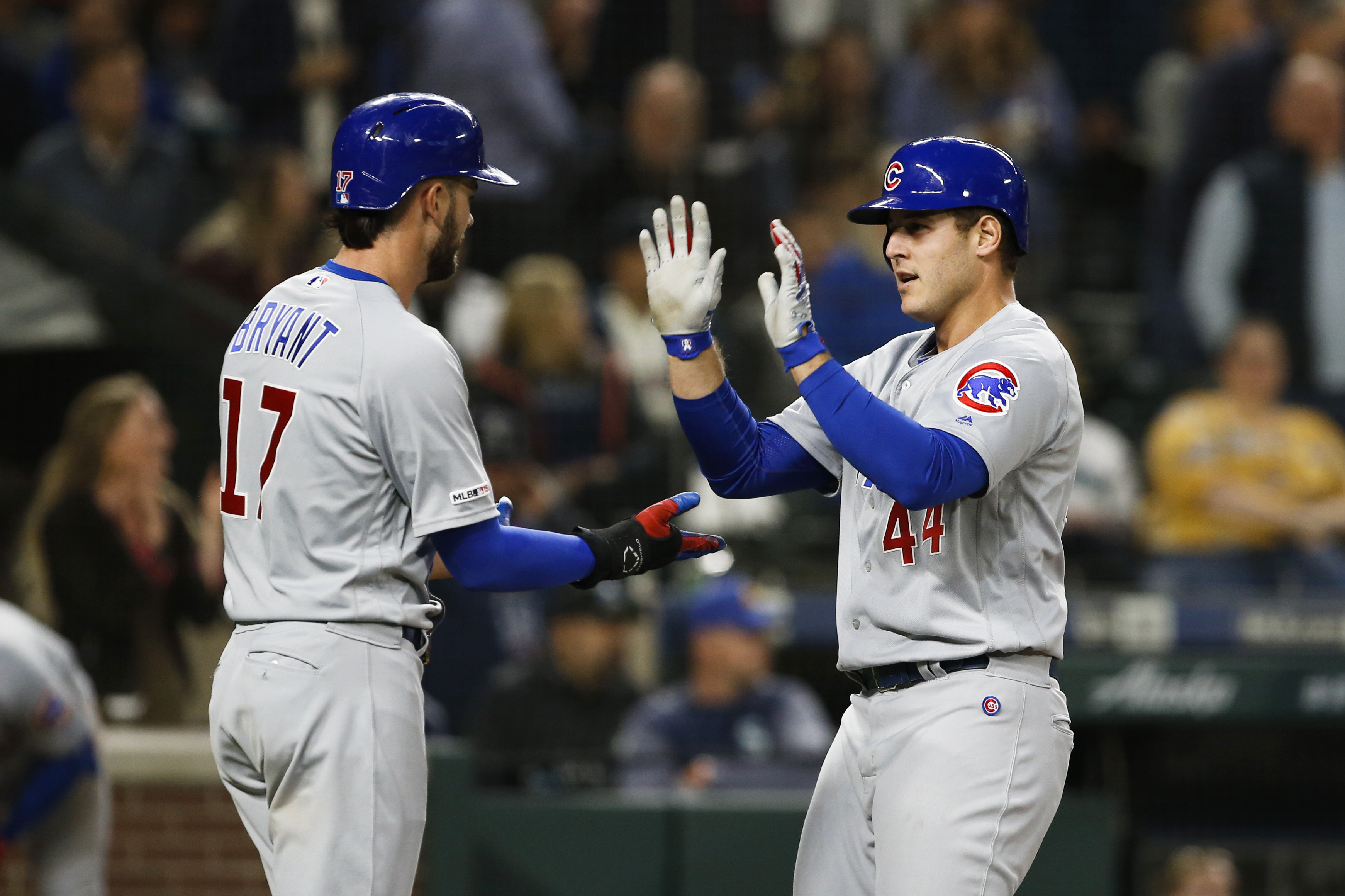 Kris Bryant is back to crushing baseballs

About a month ago, the Chicago Cubs were sitting in last place in the super-competitive National League Central with a 1-6 record. They’ve gone 18-6 since then, with a 13-5 victory over the St. Louis Cardinals Sunday night to propel them into first place for the time being.

The man who really put an exclamation point on that victory? That’d be Cubs third baseman Kris Bryant, who did this in the eighth inning:

After being limited to 13 home runs and a .188 ISO in 457 plate appearances last season because of a shoulder injury, Bryant bouncing back in 2019 is crucial to the Cubs’ offense recovering as a whole. Things started slow for the two-time All-Star and 2016 NL MVP, but he’s picked things up lately.

Here’s a look at how his early-season performance has differed when we split his plate appearances from before and after April 21st (these stats won’t be taking Monday night’s game into account).

This is the Kris Bryant the Cubs and their fans have gotten used to watching since he debuted in 2015.

Bryant has also used this increased selectivity to transform his batted-ball and quality-of-contact profiles. Here’s a quick look at how they’ve changed throughout the first month-plus of 2019.

Chicago is entering Monday’s games with a 116 team wRC+, which is third-best in baseball behind the Houston Astros (126) and Seattle Mariners (119). This offensive success has been a team effort across the board, but with Bryant hitting like himself in the middle of it all, manager Joe Maddon‘s lineup looks a whole lot more potent.