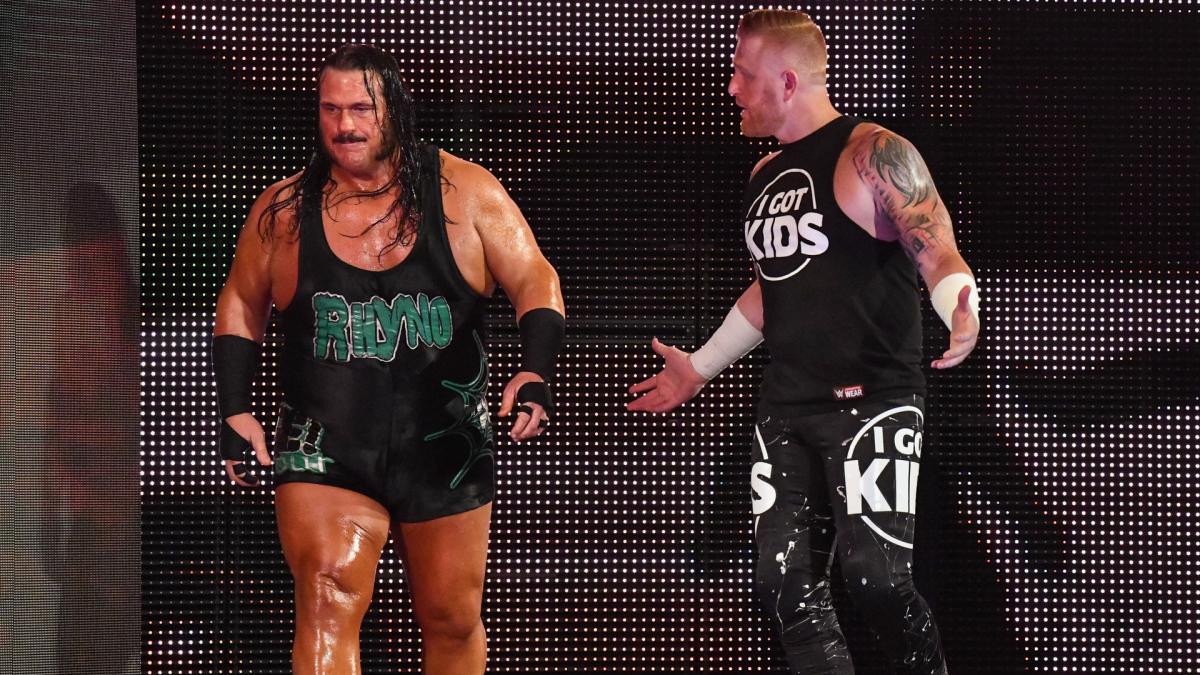 One half of the inaugural Smackdown Tag Team Champions and ECW legend Rhyno has confirmed that he will be leaving WWE once his contract ends in July.

In the interview, Rhyno explained his contract status and his reasoning behind not resigning with the company. Currently, he is not being used on WWE TV which could have been one of the reasons leading to the decision.

Rhyno’s last televised appearance for WWE was at WrestleMania 35 participating in the Andre The Giant Memorial Battle Royal.

Rhyno’s salary would have been doubled had he signed a new contract. But for him, that meant staying home and not being on the road. The Man Beast described how the talent has to be cycled, being that there were many and that he would end up being miserable in that equation.

Rhyno was also quick to point out that the decision not to resign was a mutual understanding, and that there were no hard feelings between the parties. Rhyno declares that he is in good health and wanted to become a mentor figure to the younger talent. By opting not to re-sign, there would be more opportunity for him to achieve the goal of mentoring young talent in the independent scene.

Having Rhyno in an independent promotion would be beneficial all around. With twenty-plus years of experience under his belt, Rhyno fits the bill of being someone talent can look up to and learn from. The advice and stories are just part of what he would have to offer. Regardless if it was Impact, Ring of Honor, or another promotion, someone with the experience of Rhyno is a huge deal.

Rhyno also offered his thoughts on whether WWE was afraid of their talents jumping ship to the growing AEW. While he wasn’t sure if the company was scared or concerned, he believed that competition had much to do with why the company is willing to put out more money in the talent they currently have.

On the contrary, Rhyno’s contract has no 90-non compete clause. After his contract expires, the ECW legend is free to pursue other opportunities.