What's going on with Joey Votto? 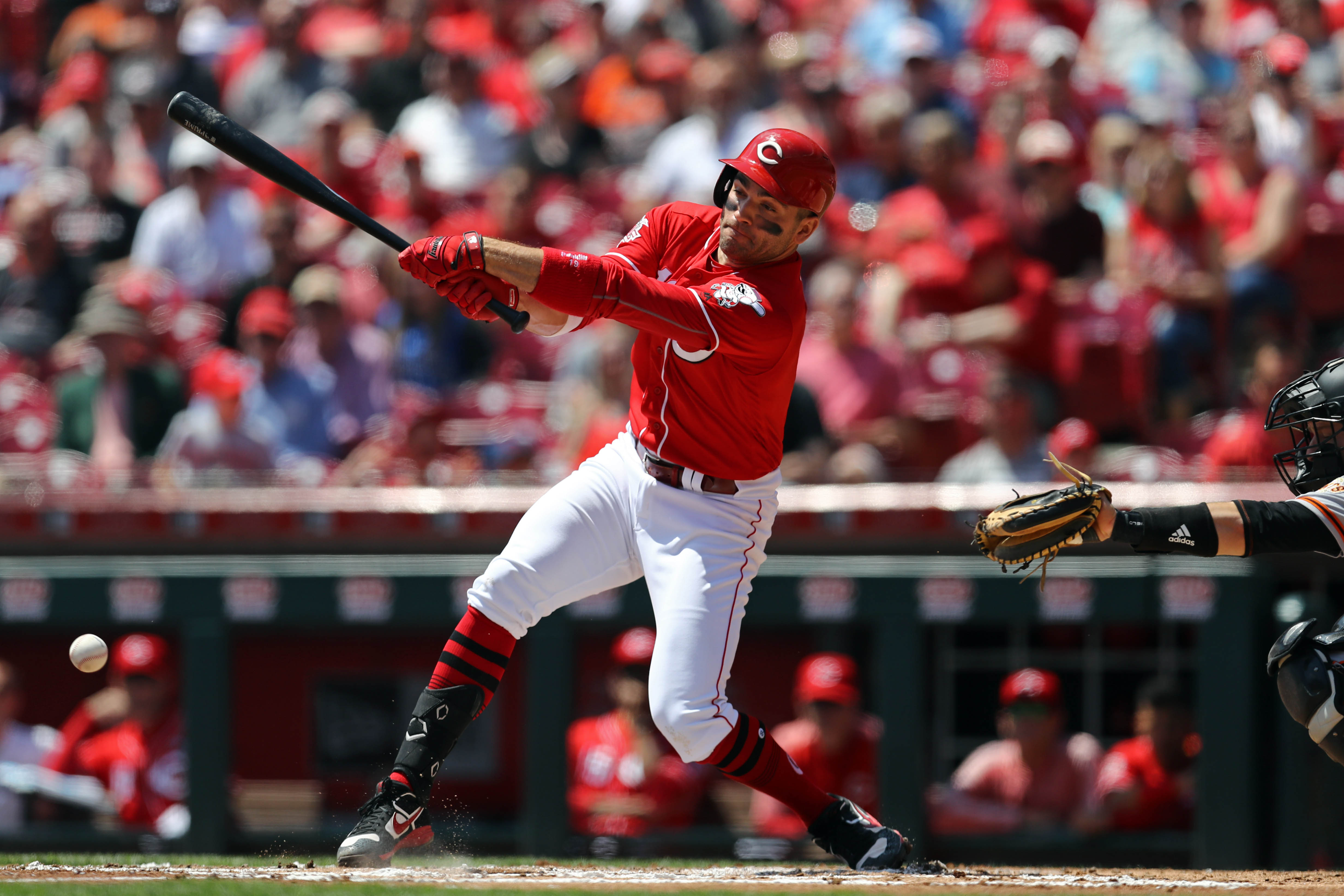 What's going on with Joey Votto?

Cincinnati Reds first baseman Joey Votto has been among baseball’s best players — and most certainly among the game’s best first basemen — for most of his MLB career.

As the veteran continues to accrue big-league experience, the never-ending question will be whether he can sustain some level of high performance through the end of his contract (which concludes after the 2023 campaign). The soon-to-be 36-year-old isn’t exactly silencing those questions to start this season, unfortunately. Through 160 plate appearances, the former NL MVP is slashing .206/.325/.338 with three home runs and seven RBI. His walk rate is an uncharacteristically low 13.1%, while his strikeout rate is an uncharacteristically high 24.4%.

All of this susses out to a 79 wRC+. That’s not good on its own, but it’s even worse when looking at Votto’s total body of work. Since debuting with the Reds in 2007, he’s never finished any season (full or partial) with a wRC+ lower than 124. That happened all the way back in 2008.

Things didn’t get any easier for the left-handed hitter on Sunday, when this happened:

Joey Votto just had the fourth four-strikeout game of his career. Out of 1,613 career games.

Beyond the Box Score mentioned in a later tweet that this was Votto’s first four-strikeout game since 2009. Combine that with him popping out to first base for the first time in his career earlier this season, and it feels a little bit like the sky is falling here.

Alright, probably not, but this slow start is coming after a year in which he hit a career-low 12 homers and produced his lowest on-base percentage (.417) since 2014 (.390). There doesn’t seem to be a big difference in his quality of contact numbers (8.3% soft-hit rate and 39.6% hard-hit rate so far in ’19, 11.1% and 37.3% career rates, respectively), but there has been a significant change in the rest of his batted-ball profile.

Here’s a quick look at how he’s putting the ball in play so far in 2019 has differed from recent years:

The solution isn’t this simple, of course, but it’s pretty clear Votto hasn’t been too reliant on fly balls despite consistently compiling seasons with 20-plus homers. His career .350 BABIP has always been on the high side because that lack of fly balls has coincided with an abundance of line drives, which also isn’t happening right now.

That was three years ago and some of his struggles seem more pronounced by looking at current numbers, but it’s way too early to write a player like him off. Especially considering his offensive approach and execution through the years.