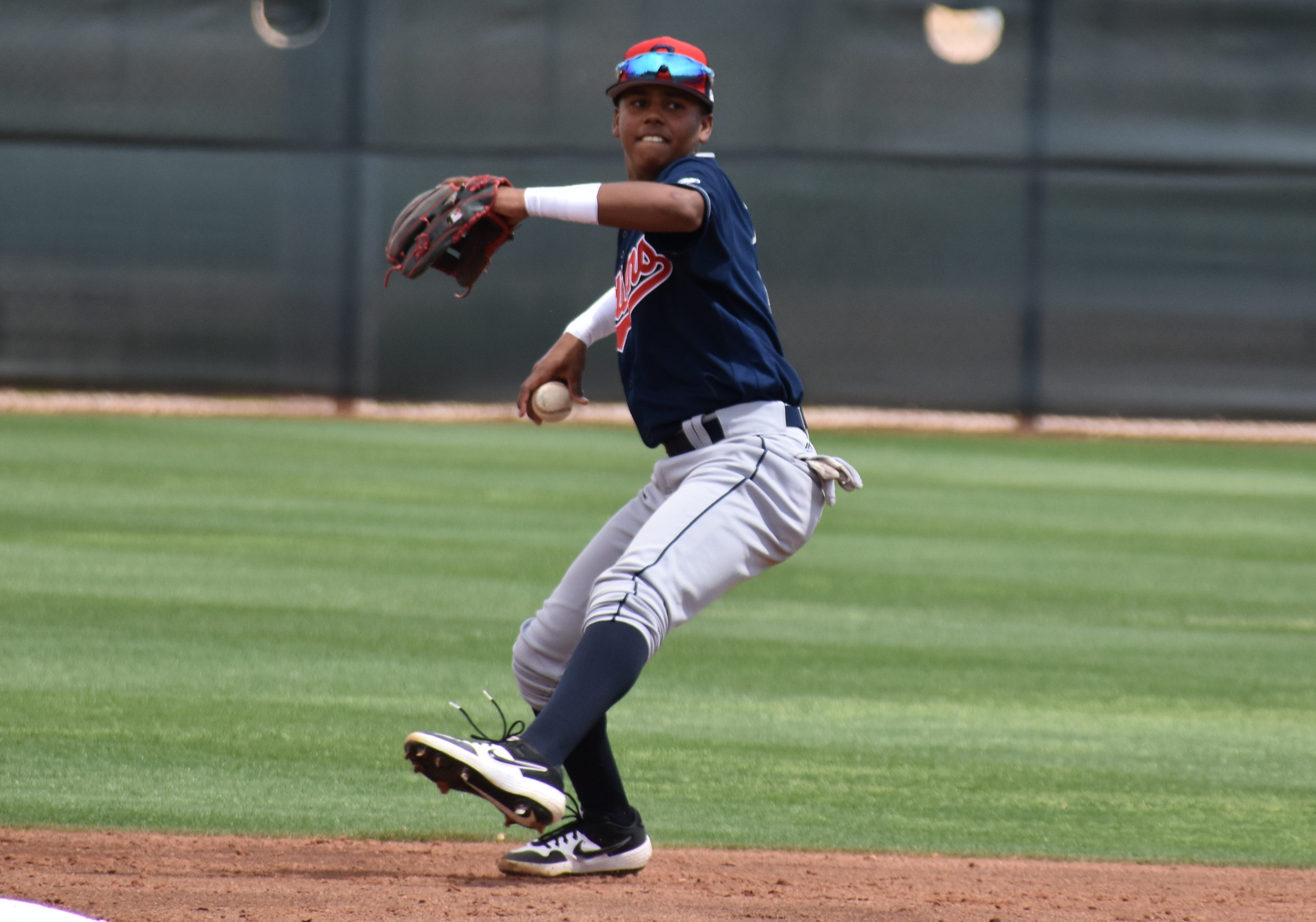 While most of the players participating in extended spring training are still sticking around for awhile, the first group has made its exit. The Dominican Summer League will open up its schedule on June 1st with the DSL Indians taking on the Red Sox 2 and the Indians/Brewers taking on Cubs 1 and with that, the youngest group of Indians has left camp.

Since these games aren’t official and the rosters aren’t definite, it’s nearly impossible to name the DSL group as one team, but for the sake of brevity, we’ll call it team Gray with Red, Blue and White still playing in Goodyear. This review will focus on the play of the individuals leaving, however, than of any team as a whole.

The vast majority of the Indians big international signings over the last two years have been middle infielders, and it was that group that stuck out this spring. Starting with the most impressive, Dayan Frias played solid second base defensively while beating up the right side with a line drive stroke. A very pull happy left hander, he had some issues making contact, but hit the ball hard when he did.

Martinez rips a ball to the right side during a 2019 extended spring training game. – Joseph Coblitz, BurningRiverBaseball

Angel Martinez also had a good spring both offensively and defensively, mostly played at short stop. Martinez reached base in all four games that I witnessed him playing in. Like Frias, Martinez is pull happy, but he did a better job making contact and taking the ball straight back up the middle. In the limited sample, he seemed to have more power as well, although this lead to more fly outs on the spacious Goodyear backfields. As he matures, there is a good chance these fly outs will start to leave the park.

Gabriel Rodriguez did see one of his leave the park, in fact, the first pitch he ever saw in professional baseball was a home run to left. He had hits in each of the next two games that I saw him play as well. An aggressive hitter, Rodriguez averaged about 3.5 pitches per plate appearance, but generally succeeded in putting the ball in play. He didn’t get too many chances defensively at short, but didn’t make any mistakes.

Junior Sanquintin, Jesus Lara, Henyer Gomez and Jose Baez also saw significant playing time in the infield, although they didn’t have the sustained offensive success of the first pair. Sanquintin hit a home run and a double, but struck out in a third of hit at bats. While there is great potential in all of these players, it is a positive move for them all to start in the DSL. Although he is an outfielder, Sterling Romero sits in a similar situation.

I was only able to see Victor Soteldo make one start and it only lasted one inning, but it was an impressive one. With good velocity and command, he should be a significant performer for the DSL Indians this year.