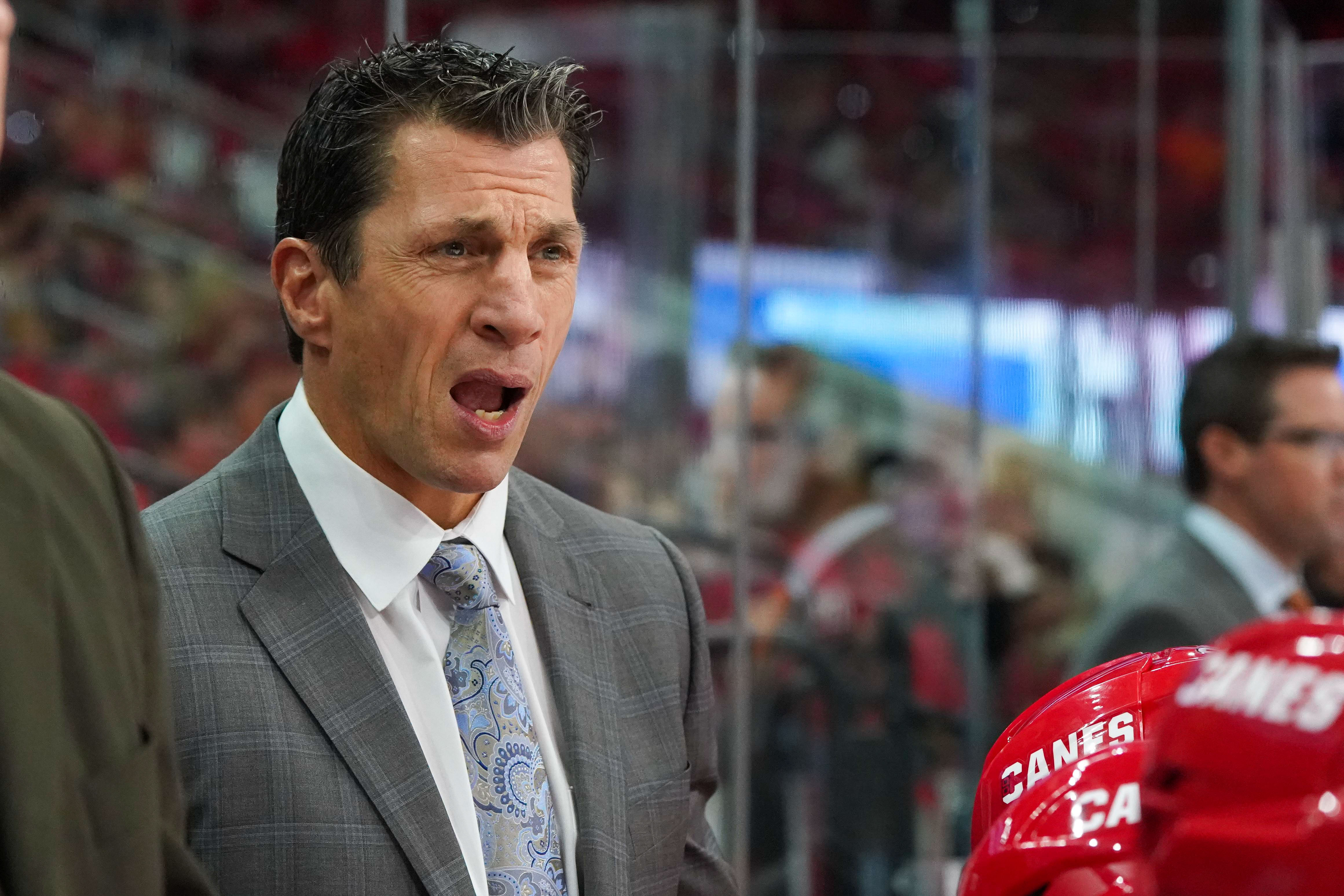 Carolina Hurricanes head coach Rod Brind’Amour is recommending more situations for NHL replays following the San Jose Sharks’ controversial 5-4 win over the St. Louis Blues on Wednesday night at the Enterprise Center in game three of the Western Conference Final. In the fifth minute of extra time, the Sharks had the puck deep in the Blues zone, when Sharks forward Timo Meier delivered a hand pass to Gustav Nyquist, who found Erik Karlsson, who scored the game winning goal.

The referees did not see the hand pass and the goal was able to stand. Under current National Hockey League rules, a hand pass is not reviewable through video replay.

If Carolina Hurricanes head coach Rod Brind’Amour has his way, then there could be expanded situations for video review or instant replay in NHL games in the future. Where Brind’Amour’s argument has some clout is the fact that the Hurricanes were not playing in this particular game. Brind’Amour expressed an opinion from the outside looking in for the betterment of the overall game.

The hand pass is not the only situation at the moment that is not allowed for video review. If a player in his own zone shoots the puck over the glass, then a two minute minor penalty is awarded. However there have been many heated arguments on the ice ever since the rule was implemented. Sometimes no penalty is called because an opposing player tips the puck before it enters the stands. There are also at times questions whether or not the puck went over the high glass in the zone or the shorter glass near the benches. If the rule makers in the NHL look at making a hand pass reviewable, they should also review situations when the puck goes over the glass.

Game four of the Blues and Sharks series takes place Friday in St. Louis. The Sharks currently lead the Western Conference Final two games to one.