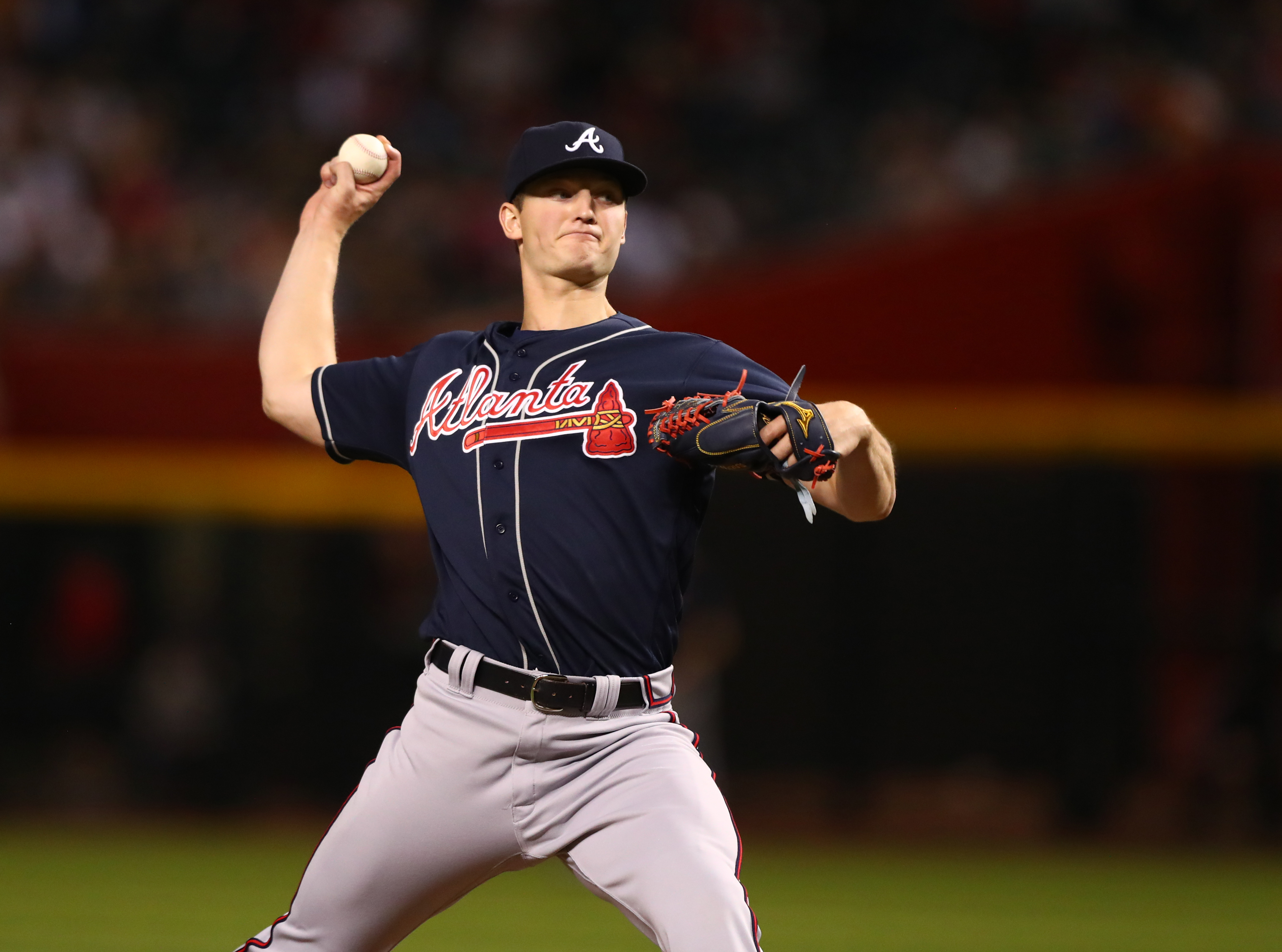 Atlanta starter Mike Soroka came out of the nationally televised game against the playoff-contending Cardinals as the first pitcher in the history of baseball to allow 1 earned run or fewer in 9 of his first 11 starts. Even as an odd statistic, it paints just how impressive he has been to open up his career.

Back in 2018, Soroka was ranked the 4th best prospect in the stacked Braves system by Prospects Live, 4th by Fangraphs, and 1st by MLB Pipeline (as well as 20th in all of baseball). He was called up for his debut in New York against the Mets in May of 2018, put together an impressive 6 inning 1 run game, and went on to pitch 4 more games before heading to the 60-day DL with shoulder inflammation. He had his ups and downs in his first showing, having starts in which he only gave up 1 hit, and having 2 starts in which he gave up as many runs as innings he completed (including his final start before his injury, in which his velocity was greatly diminished).

Soroka started the 2019 season in AAA but was called up quickly to make his first major league start of the season on April 18th. Despite being a highly touted prospect on a playoff team, Soroka has not received as much hype as someone like Chris Paddack. His performance over the past month certainly warrants attention, though.

Since Soroka’s first start in 2019, not a single pitcher has matched his 0.98 ERA (Zack Greinke is the closest with 1.09). Only 6 other pitchers beat his 56.3 GB%, and only Luis Castillo and Charlie Morton have both more strikeouts per 9 innings and a higher ground ball rate than Soroka in the past month. Soroka has yet to give up a home run in his 36.2 innings of work, 24.1 innings more than the next most innings pitched without giving up a home run as a starter this season.

Obviously, Soroka will not continue to have a sub-1 ERA, or else he would be the best pitcher of all-time. There is some luck involved, a .230 BABIP, 86.1 LOB%, and 0.0 HR/FB% are all unsustainable. Although, even if you attempt to adjust for luck, the right-handed pitcher is still among the most impressive pitchers in the majors. He has a 2.48 DRA on the season and a solid 3.83 xFIP over his whole career, both still very impressive numbers for a 21-year-old pitcher.

Even as such a young player, Soroka has quite the well-rounded game. He has solid stuff, but no elite velocity of devastating breaking pitches. He has solid control and command. He even manages contact well and has the ability to go deep into starts. The only concern of Soroka is that he doesn’t get whiffs at an elite rate and that he dealt with injuries on his throwing arm. Soroka is by far the most polished pitcher at his age, and it could result in a long career in Atlanta for him.

Soroka’s 20.8% career strikeout rate is largely unimpressive. His career whiff rate is under 10%, he allows more contact on pitches out of the zone than the average starter, and he isn’t starting many plate appearances up in the count. Soroka only has 4 pitches in his repertoire right now, and although each has proven useful, none have elite velocity, spin rates, movement, and only his changeup has an above average whiff rate in a small sample size. His control hasn’t been the easy answer, as he only throws an average of 48.9% of pitches in the zone and a league average 38.5% of pitches on the edges of the zone.

Although even matching up with middle-of-the-rotation arms is impressive for somebody of Soroka’s age, it clearly doesn’t explain his performance being among the best in the league. While his strikeout and walk rates are about average, his ability to control contact has really driven his performance. While it is hard to trust that a pitcher with 11 career starts will be able to limit hard contact over his entire career, it explains everything so far.

Over his career, Soroka’s average exit velocity allowed of 86.3 mph is better than league average, as well as a .340 xwOBACON. Just in 2019, he ranks in the 94th percentile in exit velocity allowed. The lack of good contact allowed by Soroka has been the reasoning behind his career .176 BABIP allowed on ground balls and only 2.4% of balls in the air become home runs.

A high ground ball rate on both his sinker and slider, Soroka is able to limit the damage. Specifically, Soroka has a 60.3% GB% in 2019. His placement of those pitches is almost exclusively in the bottom half of the zone, which explains the high rate of dribblers, but considering they aren’t typically at the edge of the zone, it seems as if the soft contact may be only a facade.

Soroka has also done a good job limiting extra-base hits. While pitches at the bottom of the strike zone still have a typical xSLG, he’s avoided giving up much towards the top of the zone. The xwOBACON on pitches in the top third of the zone for Soroka is under .200, and while he is getting whiffs there as well, the ability to limit contact has been the most valuable. The success in the top of the zone has been true for dozens of other pitchers though. It is not as if Soroka is living up there either, as he still typically attacks low.

Ultimately, Soroka is not likely to continue his historic start to his career. The Braves should be happy they have a pitcher as young as Soroka that can help them out like a veteran could, however, he fails to show any impressive skills besides contact control, which is hard to really conclude is anything more than a small sample size. Soroka’s biggest strength is rather a lack of weakness, and that will play.