It finally happened - The St. Louis Blues will play for the Stanley Cup 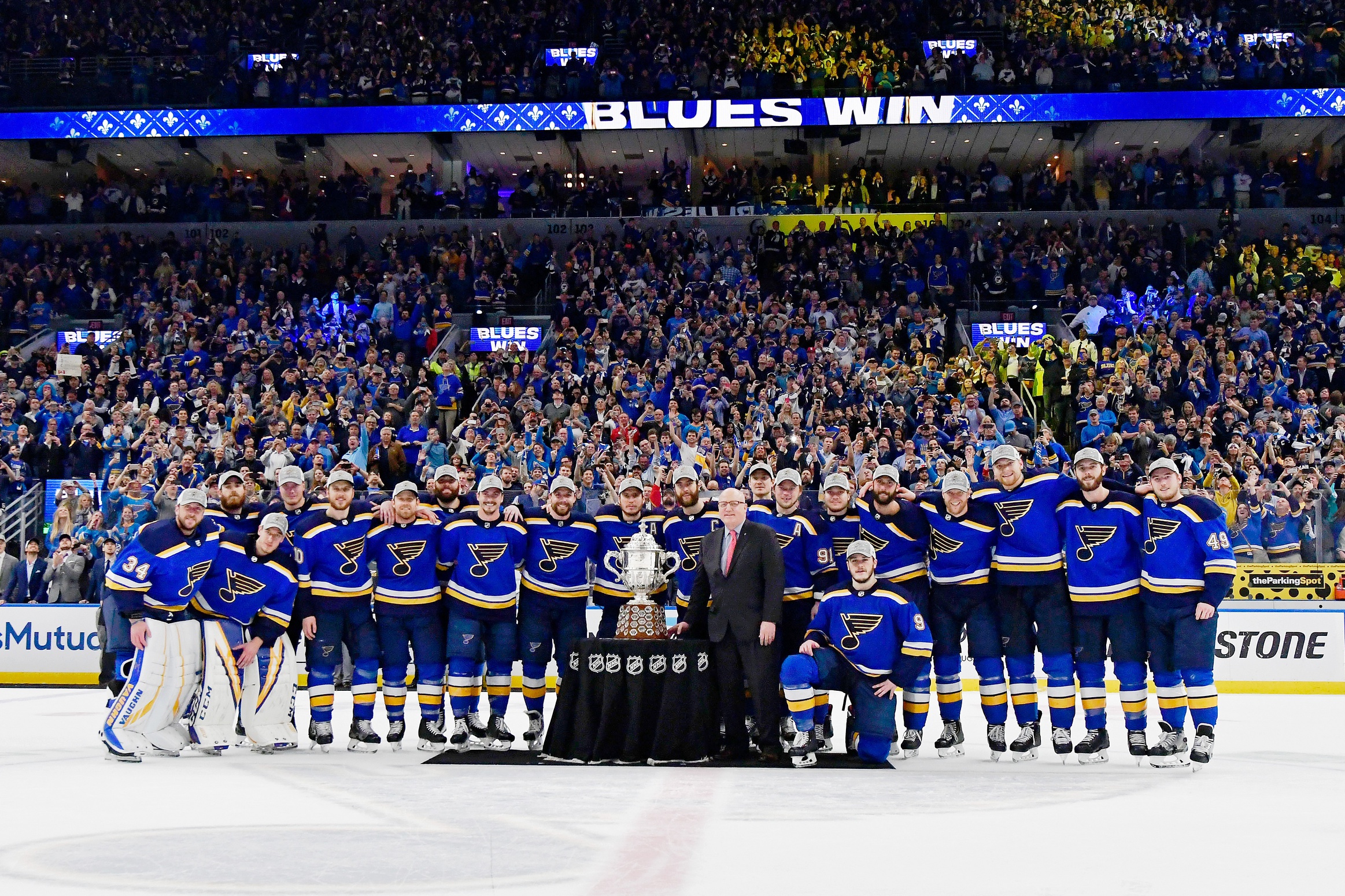 It finally happened - The St. Louis Blues will play for the Stanley Cup

Please don’t wake me from whatever dream I’m currently enjoying.

While I continue to wipe tears of joy from my eyes for the first time in Blues postseason history, I want to take a moment to reflect on just how crazy this feels. It’s honestly difficult to put all of this into words because I’ve never thought I’d actually need to write this kind of article. I’m woefully unprepared and it feels incredible.

This column won’t contain any fancy statistics or any serious analysis. That can all be handled in the coming days. For now, let’s just say it one more time: The St. Louis Blues are advancing to the Stanley Cup Final.

That sentence sounds like sheer lunacy. Even if you take out the narratives involving the Blues being dead-last in the NHL on January 3rd, the firing of head coach Mike Yeo or any of the other stories that had the Blues dead and buried, there was always the fact that this was the St. Louis Blues we were talking about. If any team knows how to collapse in the playoffs it’s the Blues. They’re masters of the unorthodox playoff exit. They’ve perfected playoff disappointment.

Even writing this now as the Blues celebrate with some appropriately-named champagne, it feels like the bottom could fall out at any moment. Some crazy bounce off the boards, a harmless shot from center ice or, the memory that haunts me the most, a shot from the blue line in double OT of a Game 7. But … nothing. The game is over. The Blues have finally, finally made it and achieved something remarkable.

The Blues have conditioned fans to expect disappointment. That’s what happens when you make the playoffs in 25 consecutive seasons and fail to reach the Stanley Cup Final in every single one. That’s what happens when the three times you did make it to the end it was mostly by happenstance and you failed to record a single win in three straight sweeps. Happiness has proved elusive. The “Cubs of the NHL” moniker felt fitting, albeit a bit on the nose. The Cubs broke their curse. The Blues haven’t reached the promised land yet, but their Final appearance alone feels like it has removed years and years of torment and angst.

This means a lot. It takes some kind of dedication (or mental issue) to root and cheer for a team that has been so consistently heartbreaking. I’ve personally been in the Blues’ corner for as long as I can remember. It’s difficult to put an exact year or age on my support, but my most memorable hockey memories began in the mid to late ’90s.

As if that wasn’t enough, I’ve spent almost 10 years blogging about the Blues. For some reason I thought it’d be fun to take my fandom up a notch and dedicate an enormous amount of time to writing about the Blues for no expected compensation. Maybe I just wanted an outlet to air my frustration? I’ve created nearly a thousand articles about a team that has caused so much anger and so many bitter feelings. And yet I keep coming back, year after year, to follow the team as passionately as I always do.

That’s the story for almost every Blues fan you’ll meet. Many have cheered for ages. Most have never seen the Blues in a Final. Some cheer for those who unfortunately never had the chance to see the Blues in this position. For every story and tale of dedication is another two that are just as moving and impressive.

It takes a special kind of person to be a Blues fan. That’s something we Blues fans have always known, but it’s kind of fun to see others making that same realization.