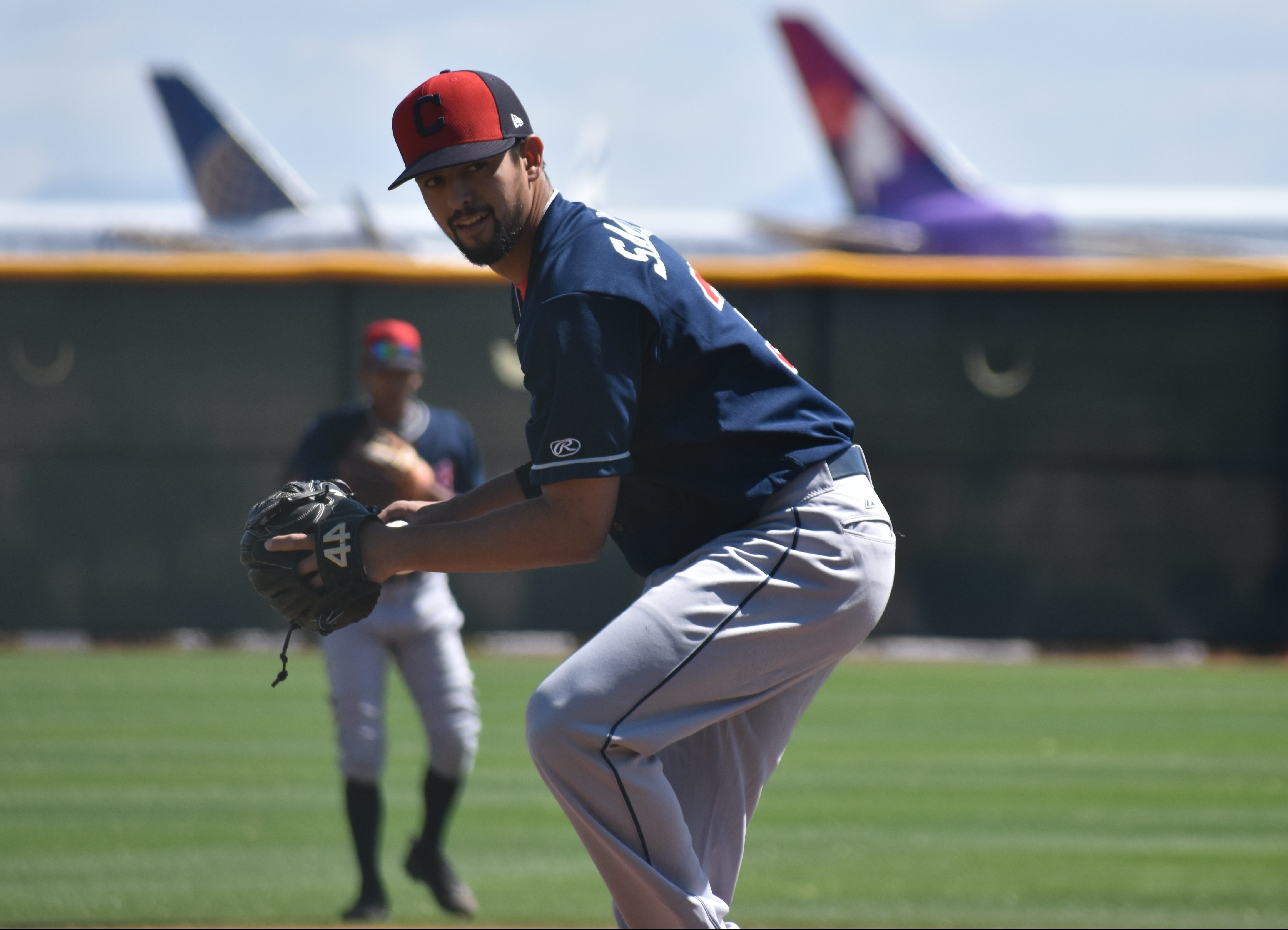 Nick Sandlin has had a meteoric rise through the Indians minor league farm system. Last year he was the 67th pick in the 2018 amateur draft, chosen by the Indians in the second round. He started his professional career in the rookie league in Arizona. Remarkably, he ended his year in Akron, with brief stops in Lake County and Lynchburg. In 2019 Sandlin started off the year on the disabled list. Since being activated he has picked up right where he left off last season. In eleven appearances he has pitched 12 2/3 innings. His WHIP, so far, is 1.11. He currently has an ERA of 0.71 and has already struck out 19 hitters. The only real blemish so far for Sandlin is the 6 walks he has issued. His walk rate per nine innings stands at 4.0. It is still early in the year. As Sandlin rounds into peak form I would anticipate that walk number to go down.

Sandlin, along with Kyle Nelson and James Karinchak, make up an exciting trio of relievers that could soon be a big part of the bullpen in Cleveland. Sandlin took some time to let me ask him some questions regarding his season so far and his experience in the Indians organization. Sandlin seems like a good guy. He was very humble. He praised his teammates throughout the interview. He also seemed to be extremely competitive. This will serve him well as he makes his way up through the Indians farm system. The following are the questions and answers from our interview together.

Wood: Let’s start with your health Nick. You started the year on the injured list. Are you healthy now?
Sandlin: I was doing some rehab on my forearm at the start of the season. At this point I am completely healthy and ready to go

Wood: After moving around so much last season you have had a chance to settle in a little bit in Akron. How has pitching and playing in Akron been?
Sandlin: Akron is a good place to be. Great teammates and great coaches. A really good clubhouse. The stadium and the facilities are great too. The competition has been really strong.

Wood: You have moved all the way from college ball to AA, Akron, in less than a year. As you have moved up have you noticed a difference in the competition?
Sandlin: Competition gets better at every level. Hitters get better as you move up. I just focus on doing what I do until they make me adjust.

Wood:. Baseball is a really long season. Many people think the Indians will be calling on you to pitch in there bullpen sometime this summer. If you get the call next week, are you ready to get major league hitters out.
Sandlin: There are a lot of guys in the minors that are ready to compete at the Major league.level.  All I do is focus on my job, compete and get better every day.

Wood: You were a starting pitcher in college. Which do you like better, starting or relieving?
Sandlin: I like them both. Relief is what I am doing, so I am just focused on that right now.

Wood: You had an excellent college career. You got drafted in the second round. Did you think you might go in the first round? Also did you think the Indians were going to draft you?
Sandlin: I never thought I would be drafted in the first round. I definitely thought the Indians might draft me. They were one of the teams that showed the most interesting in me prior to the draft.

Wood: Is it hard for you to get help from coaches with your pitching because of your unique style?
Sandlin: No, not really. The Indians have let me be me. Along with that, they have had excellent coaches everywhere I have been that have been really helpful.

Wood:  The Indians have made the playoffs three years in a row. If you get called up you could be pitching in the middle of a playoff race. You may enter a game late in the year with the entire season at stake. You ready for all that?
Sandlin: That definitely would be exciting to be a part of. Right now though, I’m focused on the next game we are playing and the next hitter I’m going to face.

Wood: You played college ball with your brother, who was an outfielder. Who was the better hitter between the two of you?
Sandlin:. Definitely my brother.
Wood: If you faced him today would he get a hit off of you?
Sandlin: I’m pretty sure I would get him out. He’s pretty rusty right now.

Wood: Do you look at yourself as more of a closer or a setup guy?
Sandlin:. Whatever they tell me to do, I’m ready to pitch.

Wood: Who has been the best player in Akron so far this year?
Sandlin:. He’s not here now but James Karinchak has been fantastic. If not him maybe (Zach) Pleasac. They have both been basically unhittable.

Wood: What’s the biggest difference between Ohio and Mississippi?
Sandlin: The weather for sure. It’s much colder here.

Wood:. When did you realize you might be good enough to pitch professionally?
Sandlin:. After my sophomore year in college in the Cape Cod League. There was really good competition there. I had some success and gained a lot of confidence from that experience.

Wood:  What kind of music do you listen to? Who’s on your playlist?
Sandlin:. Country for sure. Cody Johnson is on my playlist.

Wood:. What do you do away from baseball for fun?
Sandlin: I play some golf. Also play a lot of Fortnite.

Wood:. Thanks for all your time Nick. Good luck the rest of the season.
Sandlin: Thank you. I’m looking forward to it.

If you want to follow Nick go to http://twitter.com/nick_sandlin