Luke Irwin: This is a showcase for Ito. This is Herring’s first, and probably only world title opportunity, at the age of 33. Ito comes to fight. After cruising to easy decisions in his youth and beginning of his professional career, now he’s earned five stoppages in his last seven bouts, and almost certainly will add to it. Ito via R7 TKO. Luke: Don’t let the paper record fool you. Yes, they both have two losses. Pedraza’s were to Vasyl Lomachenko in a title vs. title fight in which he went the distance, and to Gervonta Davis in a world title fight. Torres’s…weren’t. Not to mention he’s coming off of a draw to a 12-7-1 fighter in his last fight. Classic bounceback for Pedraza to make another run at gold. Pedraza via UD. 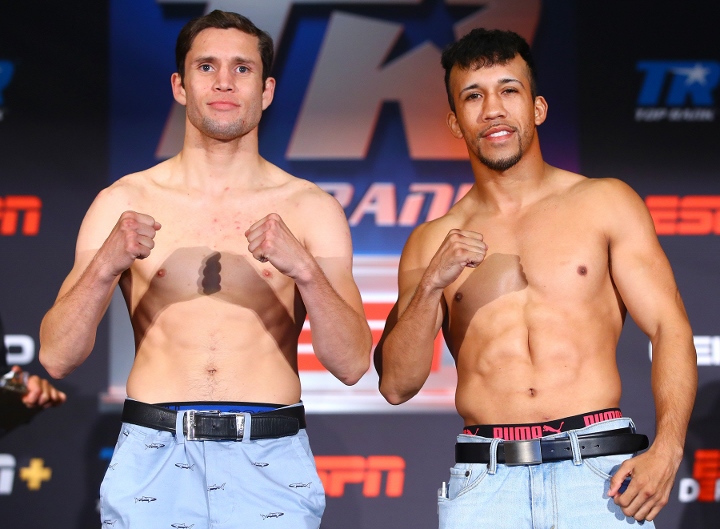 Luke: Cuadras is still a title-caliber fighter, but not for long. Still, he has it, here. Cuadras via R6 TKO.