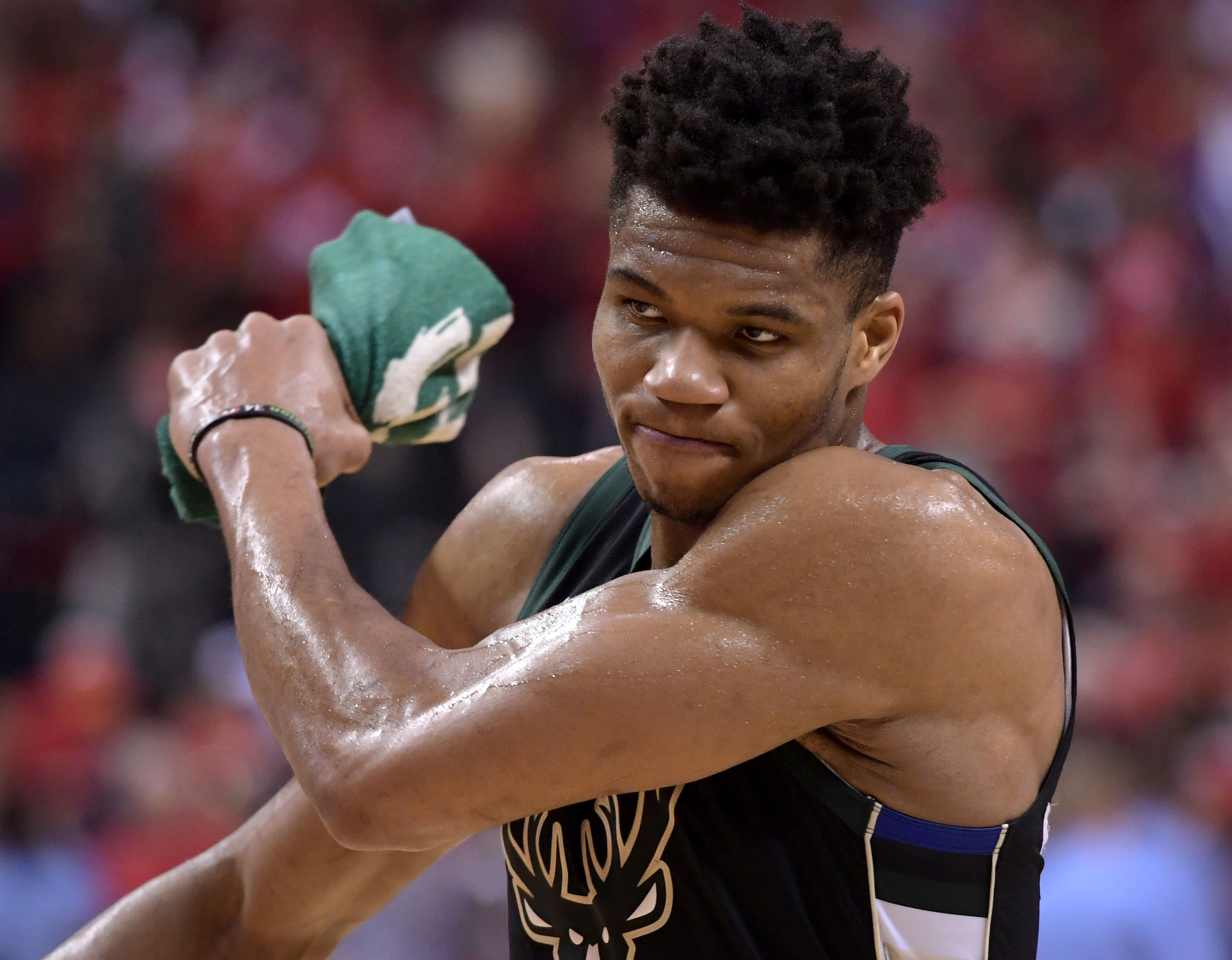 Bucks big man Giannis Antetokounmpo will likely be named league MVP in the coming weeks, but he didn’t have a great series in the Eastern Conference Finals, when the team needed him most.

And, furthermore, fans and analysts alike saw another side of him, after games in which the Bucks lost. Giannis elected not to go to the podium to field questions from reporters, and instead forced them to speak to him at his locker. It’s not a great look, as players are supposed to speak to reporters at the podium, whether they win or lose. Players must face the music, so to speak, even if they’re not thrilled with the result of the game.

The Bucks went on to lose Game 6 on Saturday night, eliminating them from playoff contention, while the Raptors will face the Warriors in the NBA Finals. Antetokounmpo did go to the podium, but he got up in the middle of the press conference, after being asked a questioned by ESPN’s Malika Andrews about playoff experience, which he clearly did not like.

Giannis left the postgame press conference abruptly after fielding a question about the Bucks' experience. pic.twitter.com/0uAtlX3McF

Khris Middleton’s reaction said it all. Even he was surprised that Giannis just got up and left.