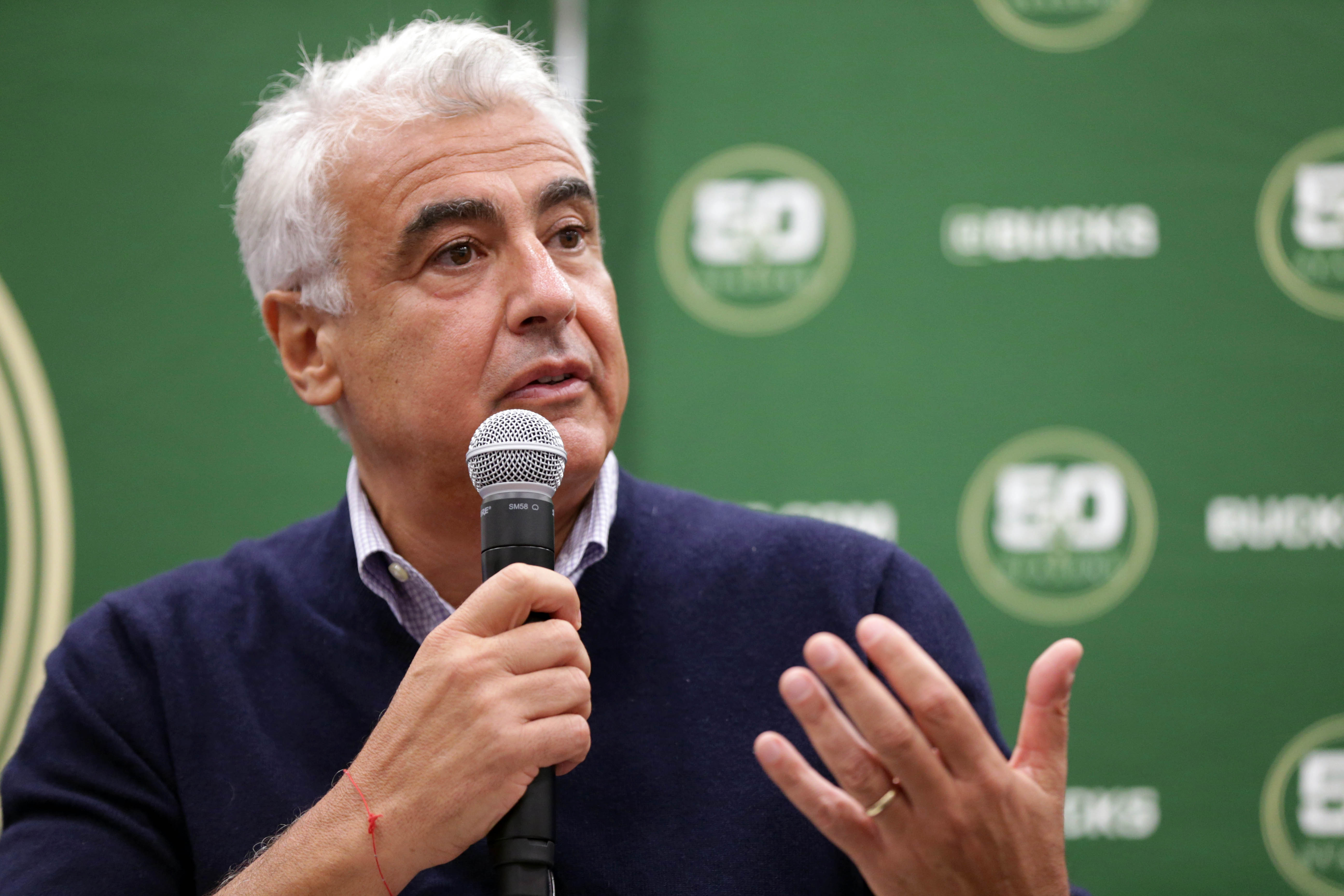 The Milwaukee Bucks blew a great chance to reach the NBA Finals for the first time in over four decades. Milwaukee, after all, had the No. 1 seed in the Eastern Conference, and the likely-MVP Award winner, in Giannis Antetokounmpo.

But even having home-court advantage throughout the entire playoffs, given that the Bucks compiled the best overall record in the NBA, wasn’t enough to carry the team into the Finals.

And now, talk has shifted to the team’s offseason plans, given that the team will soon face the harsh reality of a number of their top players becoming free agents. Khris Middleton, Malcolm Brogdon, Nikola Mirotic and Brook Lopez are all set to hit free agency, so it will be interesting to see which players the Bucks elect to bring back, and for how much money.

Team owner Marc Lasry recently shared his thoughts on the team’s offseason plan, saying that they “hope to keep everybody,” which seems a bit optimistic.

“Our goal is to keep everybody,” Lasry told Frank Isola of The Athletic, three days after the Bucks season ended in Game 6 of the Eastern Conference Finals. “And we’re going to do everything in our power to keep the nucleus of our team.”

“As long as we keep doing well and Giannis believes we’re doing everything we can to win I feel good about our chances,” Lasry said [about keeping him].

Well, there you have it, although “keeping everybody” is a tall order, and remains to be seen.