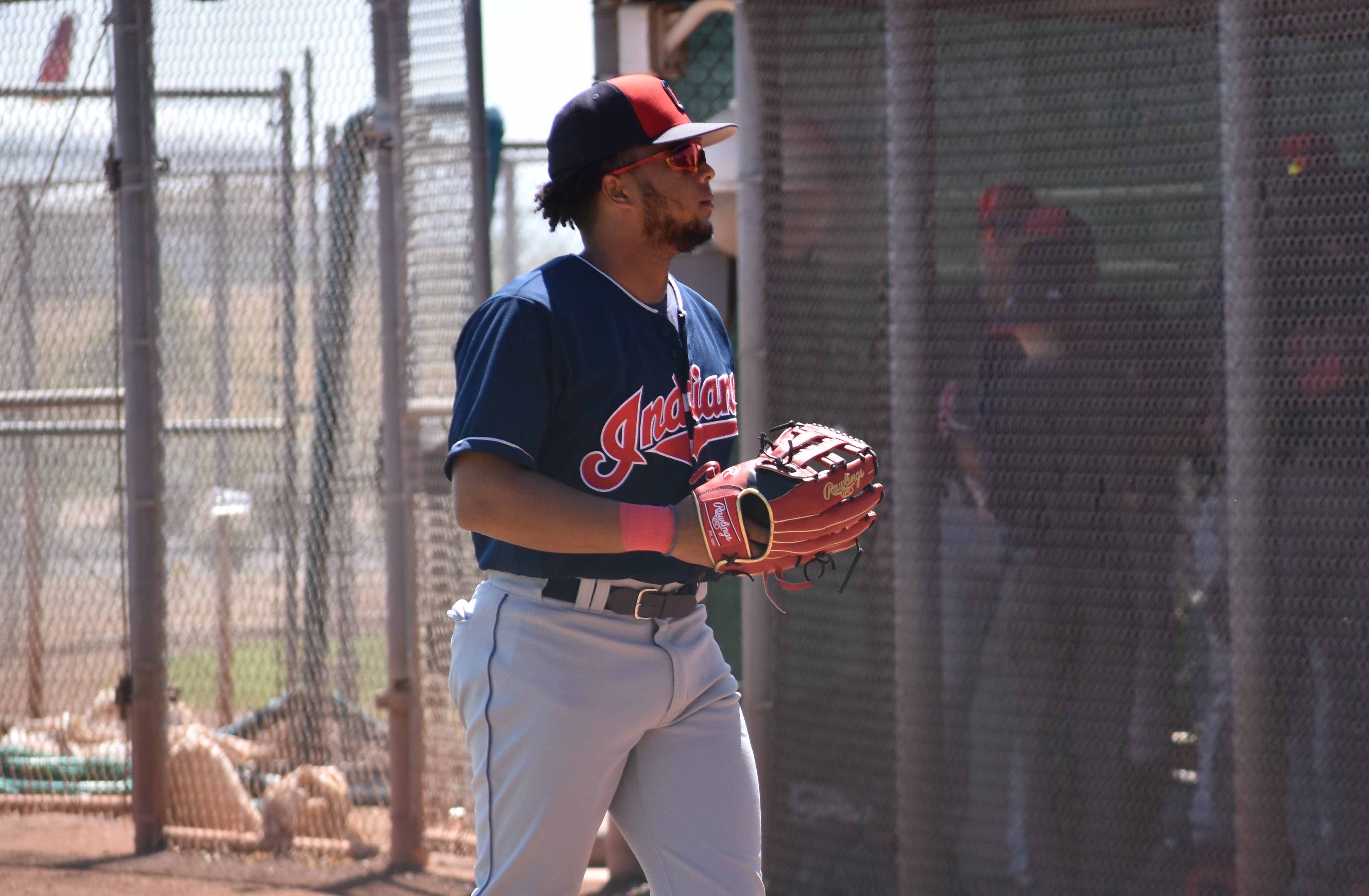 All three remaining Indians extended spring training teams wrapped up on June 1st and will now split up to join their regular season teams, the Scrappers and Arizona League Indians. While the rosters from extended weren’t exactly the same as those for the regular season, it became apparent by the end that the team I refer to as Red will be the primary Arizona League team while Blue will be AZL Indians 2 and White the Scrappers. Each extended team will get it’s own season ending review starting with team Red.

While team Red was a fun team to watch overall, a primary home for the greatest talent was in the extremely athletic outfield. Alexfri Planez, Marlin Made and George Valera all saw significant time with this team and provide excellent defense, although their offense wasn’t quite up to the level of those who have already seen a season in the US. Planez and Made each spent 2018 in the Dominican Summer League while Valera missed most of the year with a broken hamate bone. All three should start 2019 in Arizona and should make it very difficult for opposing offenses to find a gap in the spacious Goodyear outfield.

Two of the more powerful hitters from this spring were 1B/3B Jhonkensy Noel and 1B Jeikol Contreras. Noel was particularly interesting as he not only has power to both left and right field, but surprising speed for his size. Defense isn’t a particularly strong suit for either, however, and both could end up at 1B/DH with the amount of extremely talented infielders that are also expected to be on the AZL teams this year.

Jothson Flores, Gaspar Palacios and Wilfri Peralta should be considered among those defense first infielders from team Red, but the most interesting among them is Jose Tena. While far from a power hitter himself, Tena has the most advanced bat of the group and has the best chance of being 2019’s Brayan Rocchio. While we just ranked Tena as our 5th best Indians 2B prospect, there is a very good chance that he could use his great range to become a regular short stop this year.

Switching to the pitching side of the game, the rosters were even less set than on offensive, but there were a few notables that we can mention with Red. First is Jhan Rodriguez, who has found a way to stick around in Arizona a little longer by converting from second base to relief pitcher. Rodriguez has pretty good velocity for a middle infielder and a good curve to keep hitters from sitting on the fastball. His command was good in the limited time that I saw him as well. His biggest problem could be the fact that he now has to make up three years of development quickly so he doesn’t run into issues with his age and years of team control.

Of course, there are young pitchers as well and the main thing I have to say about Wardquelin Vasquez is: wow. I saw Vasquez pitch six innings across five appearances and he struck out nine with just one walk. The 17 year old didn’t have similar success in the Dominican Summer League last year, but he was also just 16 years old and has presumably added some velocity since that point. He may be the single most exciting pitcher coming to the US from the DSL for the Indians in 2019.

Many of the other pitchers who threw with team Red will not be joining the AZL team as they were on rehab assignments. Cam Hill, Adam Plutko, Cody Morris, Dominic DeMasi, Riley Echols, James Hoyt, Kyle Marman and Nick Sandlin all saw time with Red and of these, the only one who ended the year in Arizona was DeMasi, who was released by the team last week. Stars of the 2018 draft Lenny Torres and Ethan Hankins also pitched for Red at some point, but Torres had Tommy John surgery mid-season and Hankins is expected to begin the year in Mahoning Valley.