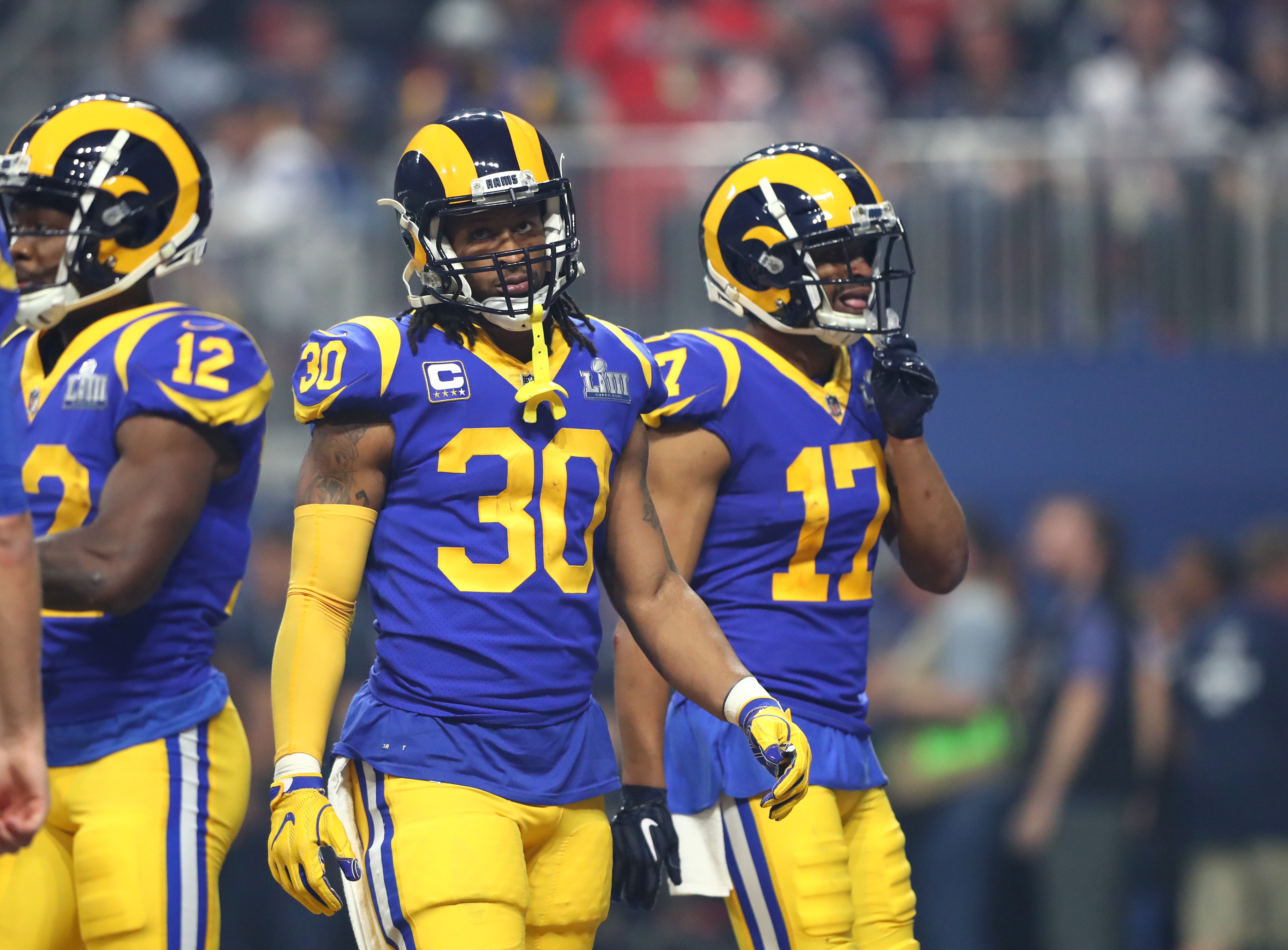 A few years back, the Los Angeles Rams had one of the biggest rising running backs in the league. Unfortunately, his fall could be coming sooner than later.

Nobody is kidding when they say running backs have a short shelf life nowadays in the NFL. It’s unfortunate, but it’s definitely true for most guys. Over the years, we’ve seen plenty of rushers come and go, as the running back by committee approach has become more popular than the bell-cow back ways. However, there are teams out there still holding out hope for a one-man band in the rushing game.

When you think about some of the league’s best backs, players such as Ezekiel Elliott, Saquon Barkley, and Todd Gurley come to mind. As those have been the ‘generational talents’ who have lived up to expectations as of late, it seems as though these guys are already on the road to leaving a lasting legacy to their respective franchises. Unfortunately for Los Angeles Rams running back Todd Gurley, he could be out of the conversation as early as the 2019 NFL Season.

Are Gurley’s issues that much of a concern?

Todd Gurley was a force to be reckoned with during the 2018 season. Well, he was up until around playoff time. That’s when the Rams made a strange switch to using a heavy dose of veteran running back, C.J. Anderson. Many viewed the lack of Gurley as a matchup decision. But behind closed doors that wasn’t the case. The Rams know they have one of the biggest backfield threats in the game with Gurley, so if he’s healthy, they are clearly going to use him. During their playoff run, they neglected the star though.

For the most part, Gurley did a lot of spectating throughout the Rams 2018 playoff run. And after their tough Super Bowl loss, the question marks regarding Gurley began immediately popping up. Why didn’t he get more carries? How hurt was he exactly? Will he be suitable for 2019? All valid questions — and apparently, Gurley’s struggles are real. In fact, it seems as though his best days could realistically be behind him at the young age of 24.

“The days of Todd Gurley just being the straight-up, every-down bell cow are probably over, just based on his knee, his age, the position, the amount of carries he’s had,” Rapoport said on Monday’s edition on NFL Total Access. “It’s probably not going to be like that, which by the way is maybe why the Rams drafted a running back in the third round, someone they really like a lot. This is a team that is clearly ready to spread the ball around.”

According to NFL Network’s Ian Rapoport, Gurley’s heavy workload days are over. And in case you were wondering why the Rams took a running back as high as they did in the 2019 NFL Draft — you’ve now got your answer. Darrell Henderson won’t completely snatch Gurley’s spot but don’t be surprised to see him take on a nice chunk of the workload during his rookie year.

As Gurley’s knee remains a major red flag, Los Angeles will slowly start looking towards shifting the attention away from Gurley. And who knows? Maybe the franchise running back gets dealt at some point in the forthcoming years. It’s an unfortunate scenario for a young star, but it seems as though his injury got the best of him.