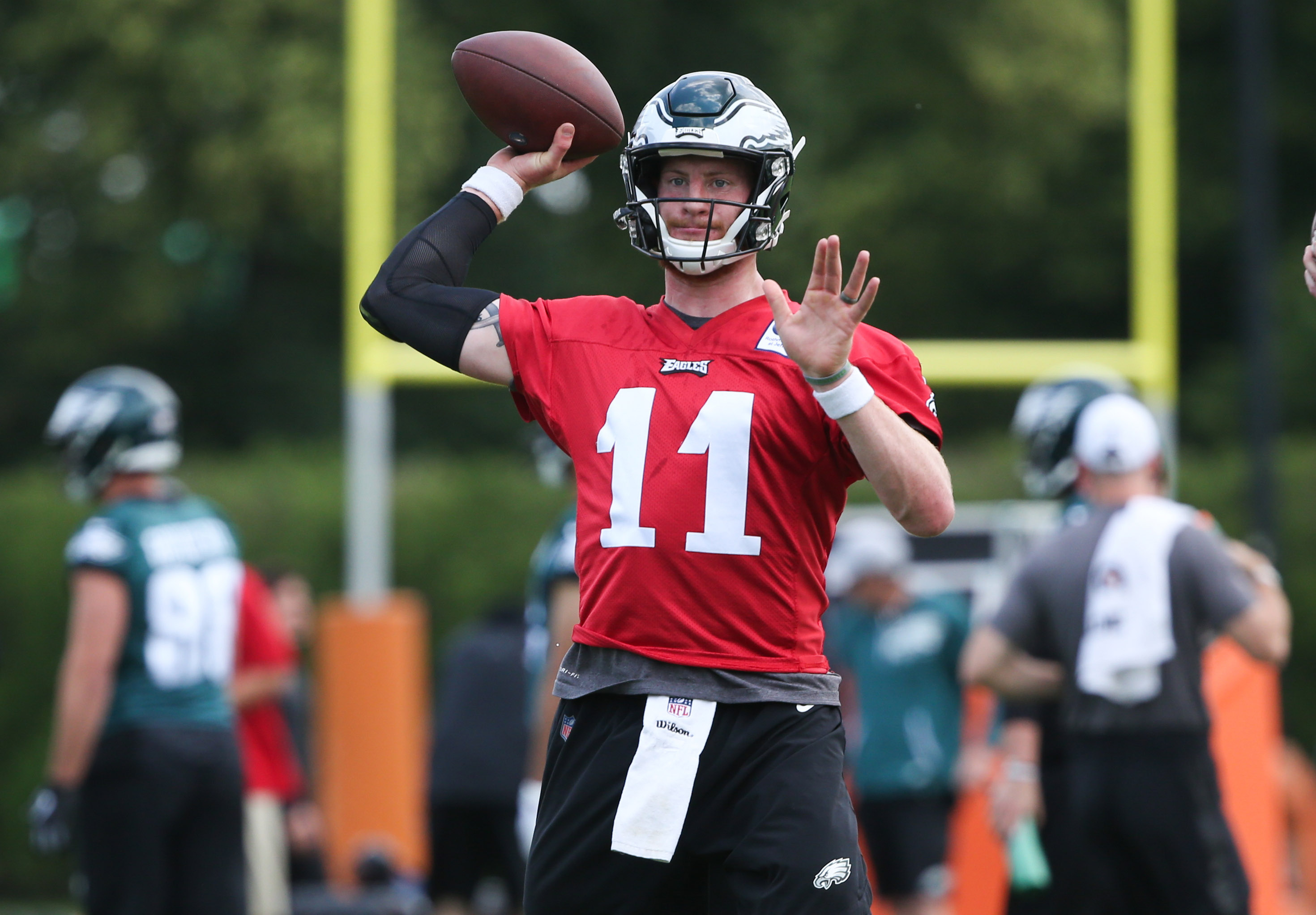 It appears as if Russell Wilson will not be the only starting quarterback to receive a brand new contract extension this offseason.

The Philadelphia Eagles announced on Thursday night that they have signed 26-year-old franchise quarterback Carson Wentz to a four-year extension through the 2024 season. According to ESPN’s Adam Schefter, Wentz’s new deal is worth $128 million with $107 million guaranteed.

The NFL insider also added that the extension can increase to a maximum amount of $144 million.

However, since Wentz still has two years left on his rookie deal, the extension is actually $154 million over six years with the possibility of increasing to $170 million.

Nevertheless, it should not come as a surprise to see the Eagles get their franchise signal caller under contract for the foreseeable future.

Even though he has missed eight games over the last two seasons due to injury, Wentz has proven to be one of the best young quarterbacks in the NFL.

The former second overall pick had an impressive second season, completing 60.2-percent of his passes for 3,296 yards, 33 touchdowns (career-high) and seven touchdowns.

With those type of stats and the Eagles’ record at the time, Wentz was a leading candidate to win the NFL MVP.

However, things would drastically change for Wentz as he suffered a torn ACL in December 2017 against the Los Angeles Rams, effectively ending his season.

The former North Dakota State product would eventually make his 2018 regular season debut in Week 3 against the Indianapolis Colts, after not participating in the preseason.

Wentz went on to play in the next 10 games, before getting hit with the injury bug again, this time a stress fracture in his back.

That being said, the young signal caller was still putting up fantastic numbers on the field, despite not having a consistent running game and being injured.

In 11 games last season, Wentz completed a career-high 69.6-percent of his passes for 3,074 yards, 21 touchdowns, and seven interceptions.

With veteran quarterback Nick Foles moving on to the Jacksonville Jaguars this offseason, the Eagles will be expecting a leaner and healthier Wentz to be under certain for a majority of their games this upcoming season.

If Wentz can stay healthy, there is no reason why he cannot put himself back into the MVP conversation and ultimately lead the Eagles back to the Super Bowl.

Grade for the Eagles: A

In terms of this deal for Wentz, it now makes him one of the highest paid quarterback in the NFL per AAV.

Currently, Wilson has the highest annual average salary for quarterbacks in 2019 at $35 million.

Wentz, however, comes in at $32 million, which is good for fourth place and putting him behind Ben Roethlisberger of the Pittsburgh Steelers ($33.5 million) and Aaron Rodgers of the Green Bay Packers ($34 million).

While it might seem like Wentz has an enormous AAV at the moment. Just imagine how much his 2016 NFL draft classmates in Los Angeles Rams quarterback Jared Goff and Dallas Cowboys quarterback Dak Prescott will be seeking in their contract extensions.

Furthermore, with Wentz agreeing to this contract extension at age 26, it now sets him up to receive one more large extension when he becomes an unrestricted free agent in 2025 (age 32).

Grade for Wentz: A