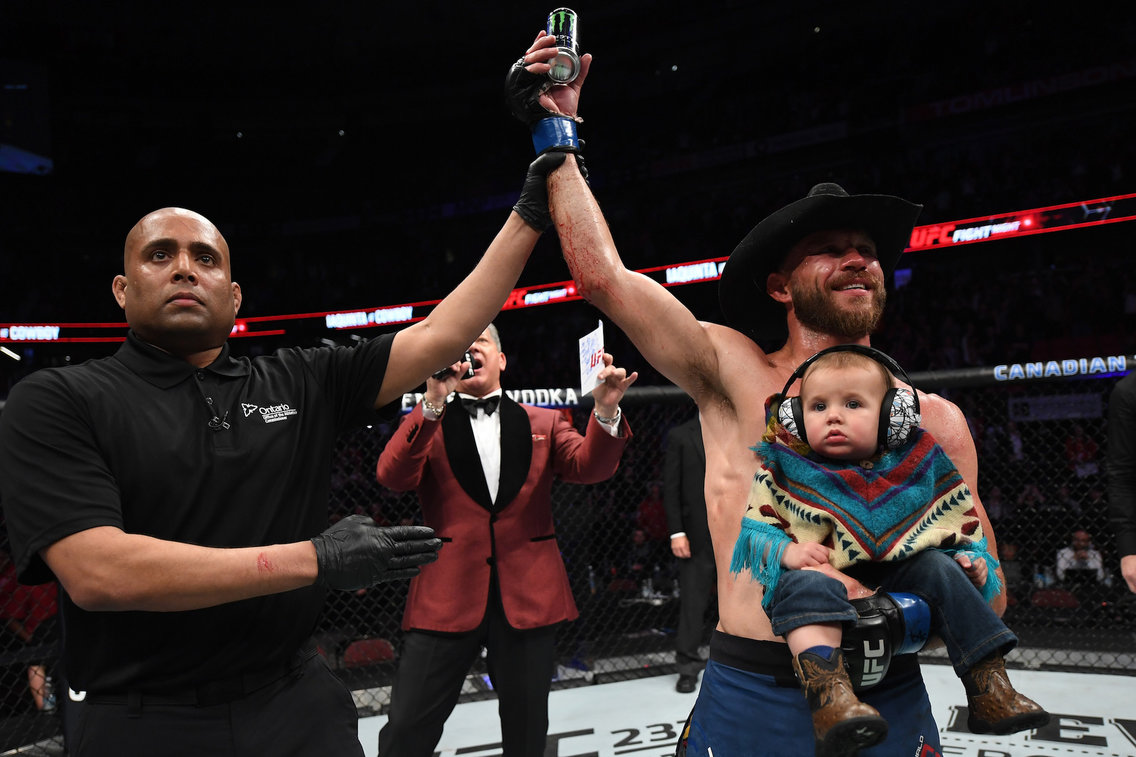 Top-10 Viewing Options: Win, lose, or draw, a man that’s just happy to not be hearing from Cejudo and Eye for a while looks for the bright side.

1. UFC 238: Ferguson vs. Cerrone for main event, dammit. I want five rounds of the fireworks factory!

2. Jason Sanchez vs. Oscar Valdez/Christopher Booker vs. Michael Seals: Sanchez is only 14-0 and not ready for what Valdez is going to bring. Unfortunate mismatch and a puzzling decision.

3. Gennady Golovkin vs. Steve Rolls/Israil Madrimov vs. Norberto Gonzalez: …Steve Rolls. Steve goddamned Rolls. Before you start drawing the Ruiz-Joshua comparisons, Steve Rolls is no Andy Ruiz Jr..  No, I won’t hear of it.

4. Invicta Fighting Championship 35: The flyweight contender tournament wraps up, and I am a mark for a tournament.

5. Fight To Win 114: The ladies take center stage this weekend, with the always-dominant Gabi Garcia and maybe the fastest-rising star male or female in BJJ, Ffion Davies in action. Really, really good card.

6. Legacy Fighting Alliance 69: Hey, hey! Finally an LFA title fight, and a great one on deck. Enjoy flyweight action while you can.

8. Enfusion 85: Reasonable price for an Enfusion card, but there’s not much outside of the main event, so, you know, it’s your money.

9. Friday Night Fights: Friday muay thai from NYC on Fight Pass. Worth your time, as American muay thai fighters need more exposure and pay to ply their trade in the world.

10. PFL Post-Fight Show: I do like that PFL goes against the grain and has fights on weekdays, but kinda bummed I can’t really talk about it on the weekend pieces.

Bold, Yet Probably Fruitless Predictions: After I took an absolute BATH last week after laying hard on Anthony Joshua (shut up, you did, too), I try and recoup some earnings that I certainly will not.