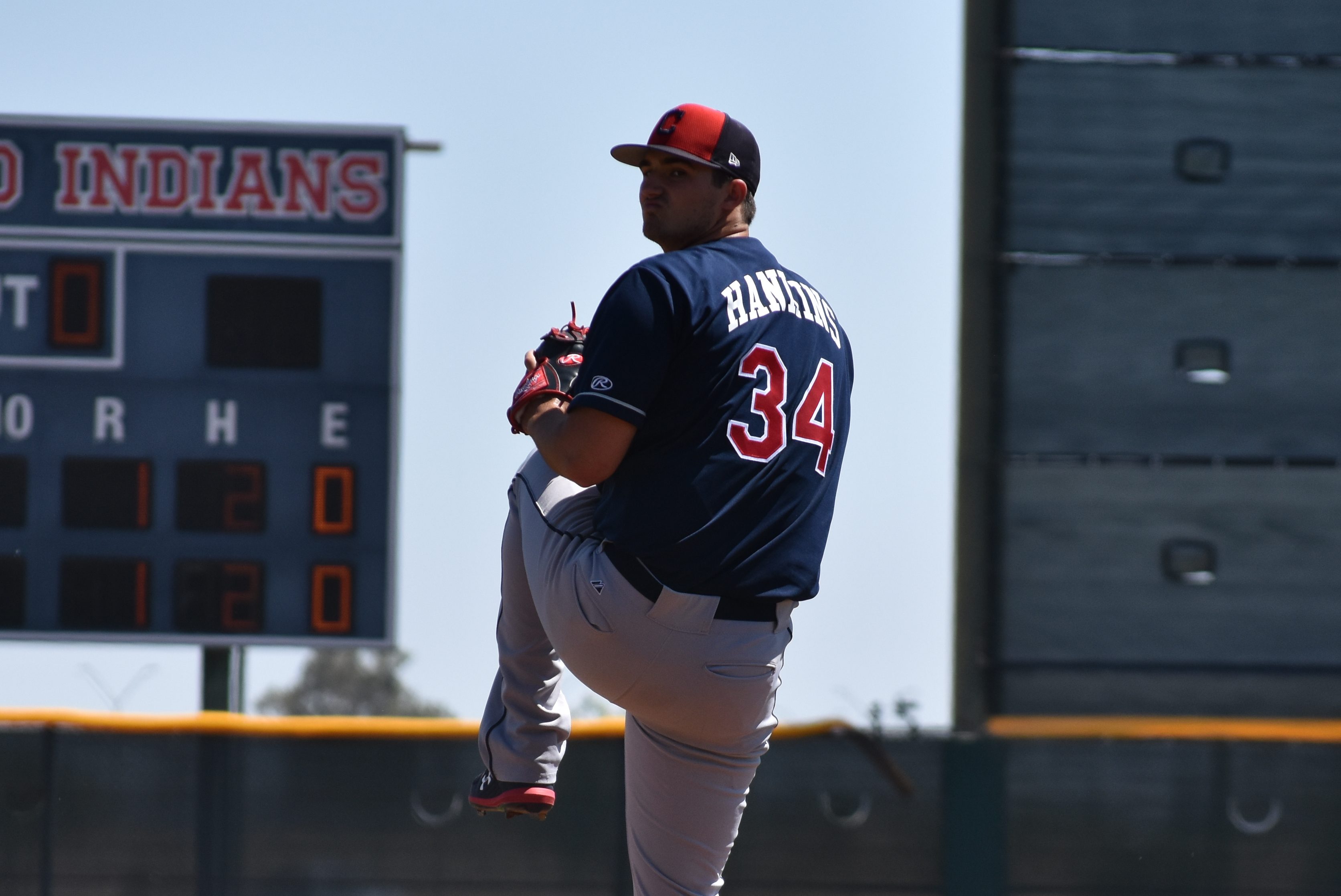 Out of all the levels of minor league baseball, short season A ball is the most likely to turn over an entire roster every year. While players may spend multiple full or partial seasons at any other level, the New York-Penn League is often a very short term stopping point for many players with others (like 2018 first round pick Bo Naylor) skipping it entirely. While we don’t have official rosters available, we have a pretty good idea what the 2019 Scrappers will look like based on the current Lake County Captains and last season’s Arizona League Indians.

The Scrappers very nearly had the most interesting rotation in the entire Indians system this year until:

Even with all that, Ethan Hankins will certainly bring some excitement with a high 90’s fastball and multiple plus offerings. He missed almost all of 2018 with injury, but is expected to begin 2019 in Mahoning Valley. Joining him will be young phenom Carlos Vargas who throws just as hard and has shown great command from time to time. Both of these pitchers are considered among the highest ceiling Indians starters and could prove themselves so this season.

Joining them will be Jhonneyver Gutierrez and Matt Turner. Both have had moments of greatness and struggles over the last few years. Of the pair, Gutierrez has had the highest highs and lowest lows while Turner has the best command and the highest floor. Both are potentially destined for relief, but at the moment the Indians are actively pushing them as starters.

Going from first to third, Michael Cooper is a great defender at first and has a good enough bat that I thought he should have been promoted to MV last year (he did play 9 games there towards the end of the season). While he hasn’t hit for much power yet, I expect his numbers to increase due to his great bat speed.

Joining him as a 1B/DH is Henderson De Oleo. De Oleo has a ton of power, arguably the most of anyone on this roster, but little else. He is a poor defender at first and has not been much better at third on the occasions when he was tested there. Essentially, he should generally be relegated to DH whenever possible.

Finally, Jonathan Engelmann has been working out exclusively at first after playing almost exclusively in the outfield last year. He has a great approach at the plate and surprising speed on the bases. His versatility should allow Cooper to play first most of the time while Engelmann fits in right.

At second and short, it will most likely be a combination of Brayan Rocchio and Raynel Delgado. Both extremely exciting infielders, Rocchio provides an incredible combination of speed, glove work and offense that will remind Scrappers fans of Tyler Freeman if it doesn’t make them forget him entirely. Delgado isn’t quite as flashy, but still a solid defender and offensive contact threat. Neither are great power hitters, but can slash doubles all over the park.

Finally, third base will likely be some combination of Jonathan Lopez, Delgado and De Oleo. Of these, De Oleo leads in power and Delgado is the best defender, but don’t sleep on Lopez. It has taken Lopez a couple years to establish himself, but he looked really good this year in extended spring and can now be more of a utility man as he has played all four infield spots.

The catching crew will include Bryan Lavastida and Eric Ramirez. Both are true offensive threats and do good work behind the plate. Unlike Naylor, both are expected to remain behind the plate through their career.

Wilson takes off for first after putting a ball in play against the Reds in a 2019 extended spring training game. – Joseph Coblitz, BurningRiverBaseball

A couple outfielders jumped straight past Mahoning Valley this year as Ruben Cardenas went to Lake County and Steven Kwan to Lynchburg, but there is still a lot of talent expected to be in the Scrappers outfield. Beyond Engelmann, Billy Wilson is a great center fielder that provides both power and speed at the plate. The other outfielders aren’t quite as complete of a package, but Pedro Alfonseca is a good defenders with positive value on the bases.

Cody Farhat and Korey Holland should also be up after short, but effective runs in the AZL last year. Both can play all three positions and hit well. Finally, John Rodriguez could play some part with the team after spending a few years at the lower levels. Rodriguez is an extremely well thought of outfielder who has yet to have any real success.

Despite having yet to play a full season in Arizona after breaking his hamate bone last year, George Valera is set to join the Scrappers as well. Valera is considered one of the top outfield prospects and definitely has a great arm, but hasn’t played enough yet to show off the rest of his skills.

If there was one aspect of the Indians 2018 draft that really hit the mark it was the large group of relievers selected. While some of these, like Nick Sandlin and Robert Broom, have already surpassed Mahoning Valley and others have moved into starter roles (Adam Scott, Alex Royalty, etc), there are still quite a few who will likely be pitching for the Scrappers this year. This list includes Tim Herrin and Liam Jenkins among others. Herrin is a huge lefty who struck out more than 10 per nine in his first season and Jenkins is an even taller righty who struck out over 15 per nine.

Joining them will be some impressive international signings, particularly Jerson Ramirez and Luis Valdez. Ramirez was one of AZL Indians 2’s top relievers last year and was equally impressive in extended spring. Valdez wasn’t as effective last summer, but increased his velocity over the winter and was excellent this spring.

Overall, Scrappers fans should enjoy these players to start the season, but expect heavy turnover as the Indians college heavy 2019 draft class could quickly advance beyond the Arizona League. Even if it is an entirely different squad than last year, the Scrappers should still be competitive and I believe they will be successful both as a team and individuals.