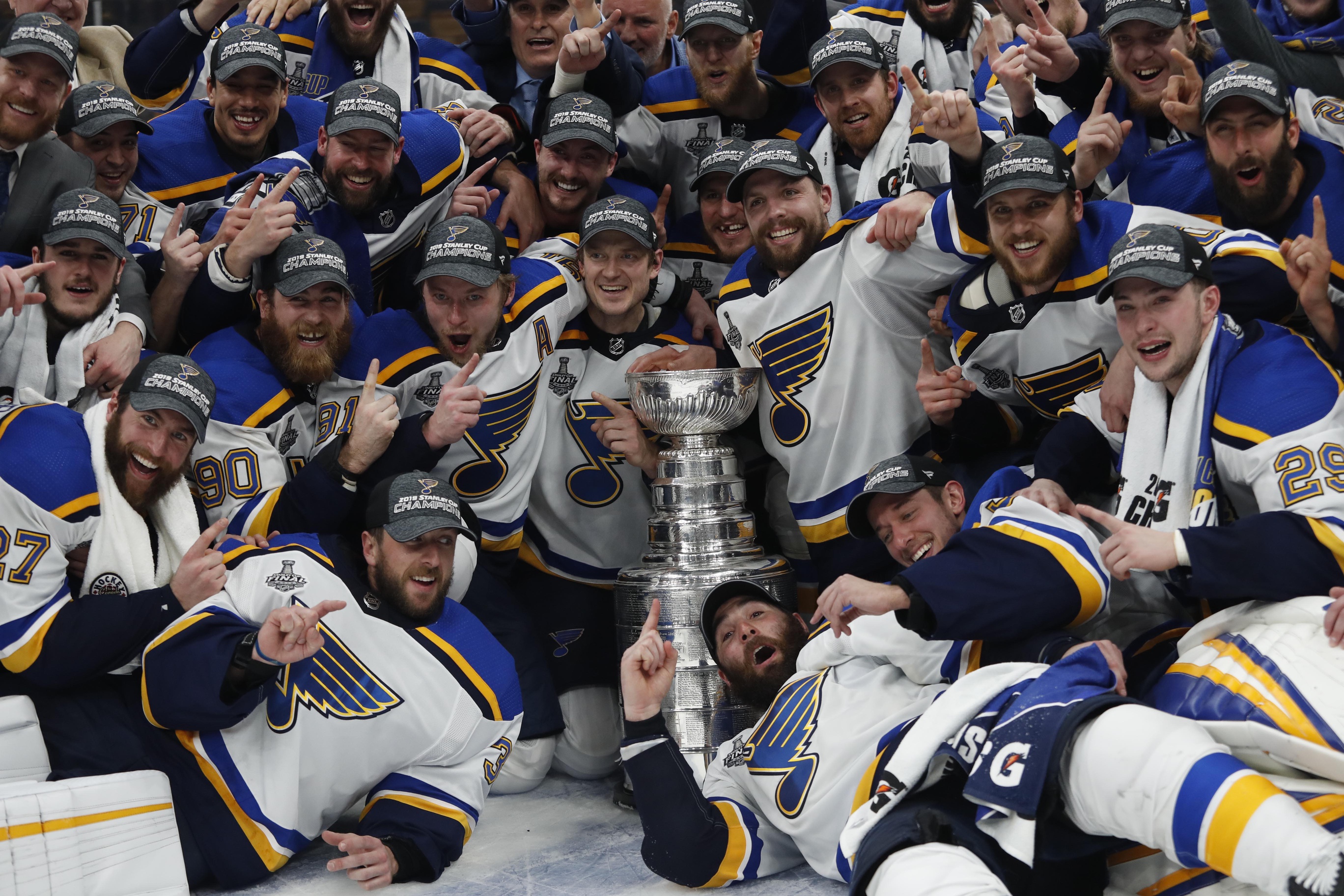 It’s extremely difficult to believe that the St. Louis Blues are finally Stanley Cup Champions. Over 50 years of pain, heart ache and disappointment vanished after Alex Pietrangelo hoisted that beautiful, beautiful trophy over his head. Fans have eagerly waited for this moment for decades and now it’s finally here.

Don’t wake us up from this lovely dream.

Sidenote: I don’t like to talk about myself too much here on this blog because that’s not what anyone that comes here cares about. But, special moments call for an exception to the rule. Almost 10 years ago to the day Frozen Notes hit the internet. I started writing about the Blues as some sort of bizarre hobby back in June 2009. I’ve spent countless hours spilling an insane amount of words about a bunch of different Blues teams. Some might call it a form of therapy after cheering for the Blues since childhood.

Over the years and the hundreds of articles (the real total is well over 1,000 but who’s counting?), the Blues have always ended their season through various levels of disappointment. There was always some missed opportunity, weird bounce or horrifying blunder. The Blues were regularly awesome in the regular season, but they always looked like someone else in the playoffs. How could a team consistently be so good but also so bad as soon as the regular season ended?

You can imagine how weird it is to write an article about the Blues at the end of the year that isn’t centered around disappointment. And why does this result make me want to cry so damn much?

The Blues have pulled off something truly remarkable. Of course, it wasn’t easy. The Blues needed all seven games in the Stanley Cup Final to put away the Boston Bruins. In fact, their rise to the top that began back in January is one of the most rare accomplishments in sports history.

No team has accomplished what the Blues just pulled off.

The @StLouisBlues are the first team from any of the four major North American sports leagues to win a title after placing last place overall in the league standings after one-quarter or more of the season’s games (since 1967-68). #NHLStats #Game7 #StanleyCup pic.twitter.com/1MJkiLTZ2O

And yet they did it. Worst to first. Along the way they captured an entire town and made St. Louis an even better hockey hotbed than it already was. The anticipation and excitement in the Final was unparalleled. The best comparison might be recent trips to the World Series by the St. Louis Cardinals, but even those lacked the crazy number of signs in windows, flags in cars and front yards and overwhelming fandom seen far and wide around St. Louis. That’s not even counting watch parties that could be found in an arena, a stadium and countless other venues.

The amount of support shown for the Blues has been as fun to watch as the Final itself. This playoff run, and the eventual victory, has created generations of new fans. That in itself has been as special to see as the victory.

How did this all happen?

That requires one hell of a lengthy explanation. Here’s a quick summary:

The team and the year was filled with so many stories that defy most reasonable explanations. Maybe it was just meant to be?

No worries. We lastly performed “Gloria” with Laura Branigan in BOSTON 7/16/04 , last time Gloria ever performed live prior to sadly departing us 8/26/04, – so the stage is divinely set for a BLUES WIN GAME 7.