A look back at the best AZL Indians team yet, five years later 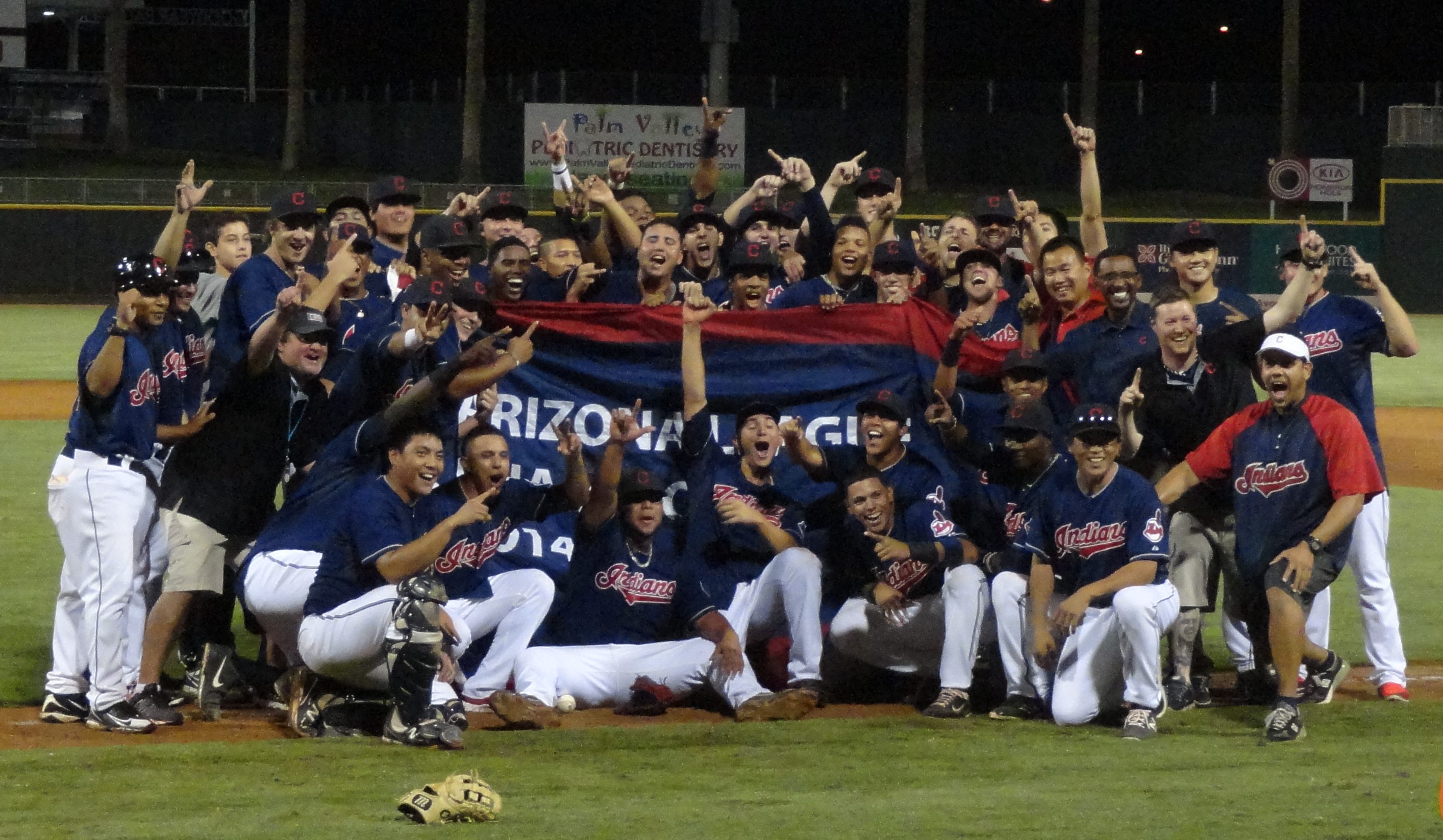 A look back at the best AZL Indians team yet, five years later

Both Arizona League Indians teams will begin their 2019 schedule on Monday, June 17th, but before we get ready for the next season, let’s take a look back at the best team the Indians have put forth so far in their 10 seasons already in the books in Arizona (11 if you count 2018 twice since they fielded two teams).

After a few middling seasons after initially moving from Winter Haven, Florida to Goodyear, Arizona in 2009, the team really broke out in 2014 when they not only won the AZL Championship, but had the MVP in triple crown winner Bobby Bradley and incredible pitching performances from multiple players. Rather than rehashing that season, however, we’ll use those impressive performances as context to see how important success at this level is or isn’t.

With five years passed, it seems strange that only two regulars from this team have hit the Major Leagues and that both have done so with another team. Justus Sheffield was a regular starter for this squad, but didn’t pitch particularly well. He’s been considered a top 50 prospect in baseball for the last couple years and has now been traded twice in big moves, first to New York for Andrew Miller, then to Seattle for James Paxton. While he was tremendous in 2018 in the minors, he’s pitched poorly in 2019 and in his few MLB appearances.

With 62 strike outs and a 3.20 ERA in 45 innings, Thomas Pannone was the ace of the squad and it isn’t surprising that he was one of the three big leaguers from this team. He hasn’t had great success yet in Toronto after being traded there for Joe Smith, but he’s been a decent spot starter and sometimes reliever.

Also regulars in the rotation, Casey Shane had a 2.72 ERA in 47.1 innings and Shao-Ching Chiang had a 4.53 ERA in 45.2 innings. Shane retired after a rough 2016 season with Lake County, but Chiang remains in the system. Now 25 year old and in AAA, Chiang is having the worst season of his career as the control that had been his primary skill has disappeared leaving him as a low velocity right hander.

Yu Chang stands at the plate against the Giants during the 2014 AZL Championship game. – Joseph Coblitz, BurningRiverBaseball

Besides Chen, there were three pitchers in the bullpen that truly stood out and they have had extreme differences in their careers since. Yoiber Marquina was the other closer with 7 saves and struck out 29 in 21 innings with a 2.57 ERA. Marquina left professional baseball in the US after the 2016 season with Lake County, but attempted a comeback in 2018 with the Yankees that didn’t go particularly well.

The third star reliever was Jared Robinson with a 1.23 ERA across 22 innings and nine appearances. He is still with the franchise and has recently been promoted to AAA where he got off to a great start. While no members of this team have broke through with the Indians, Robinson remains among those with the highest chance to in the future.

Finally, Sam Hentges was just a part time reliever in 2014 (0.69 ERA in 13 IP) before becoming a starter for the AZL team in 2015. Now in Akron, Hentges is one of the Indians top two left handed starters in the system and one of the best strike out pitchers. This flamethrower also has a chance to make it to the big leagues.

It should also be noted that, while he didn’t pitch particularly well in 2014, Argenis Angulo also pitched extensively for the team and is still within the system with a moderate chance at the big leagues.

Looking back at the rest of the position players, there were two hitters that stuck out and two defenders. Bobby Bradley was the super star with a team record eight home runs (since surpassed by Miguel Jerez and Billy Wilson in 2018), 50 RBI and a .361/.426/.652 batting line. He is currently demolishing baseballs in Columbus, although it wasn’t a perfectly smooth road to this point. Bradley saw a major dip in production in 2016 with Lynchburg, but made dramatic strides in 2017 with Akron and this season. He is well on his way to his fifth straight 20 home runs season and is now considered one of the preeminent sluggers in the international league. Bradley will be in the big leagues in the very near future.

The Indians other 1B/DH that year also had a great offensive season, but the future hasn’t been as bright for Emmanuel Tapia. After hitting for a .315/.405/.488 batting line including four home runs, he struggled with injuries over the next couple seasons and never saw a return of his early power. He was released following the 2018 season, following his highest level in Lynchburg.

The two top defenders on the team were short stop Alexis Pantoja and second baseman Willi Castro. One of the most incredible parts about this team is that Pantoja was so good defensively that Chang and Castro, who would play exclusively short stop in the future, were pushed to other positions. This is a practice that has been discontinued since and now the Indians will play middle infielders nearly equally at all three positions.

While neither Castro nor Pantoja were significant offensive producers in 2014, Castro broke out in 2017 with Lynchburg and was traded to Detroit for Leonys Martin last year. Pantoja has been a low offensive utility man to this point, but has really picked up his production this year in Akron. Of all the middle infielders and third basemen from this group, Castro is the most likely to make a Major League impact while Chang has the best chance to do so among those still in Cleveland.

In the end, this team that was so successful quite a long time ago has been nearly a complete failure. In a way, it has allowed the Indians to gain MLB talent in Miller, Smith and Martin, but those trades also cost the Indians their most promising prospects from the class. Now, it remains up to Chang and Bradley offensively to make something out of this team where it really matters with a handful of relievers still holding some promise.

This may seem negative, but it is an important dose of reality to set up the next season in the AZL. A lot of people will participate in those games with two full teams and a lot of players will have exemplary performances, but the vast majority of those players will never become big leaguers. Instead, they will join most of the roster of the 2014 Indians and the teams before and after as career minor leaguers who had to find work elsewhere when their MLB aspirations came to an end.