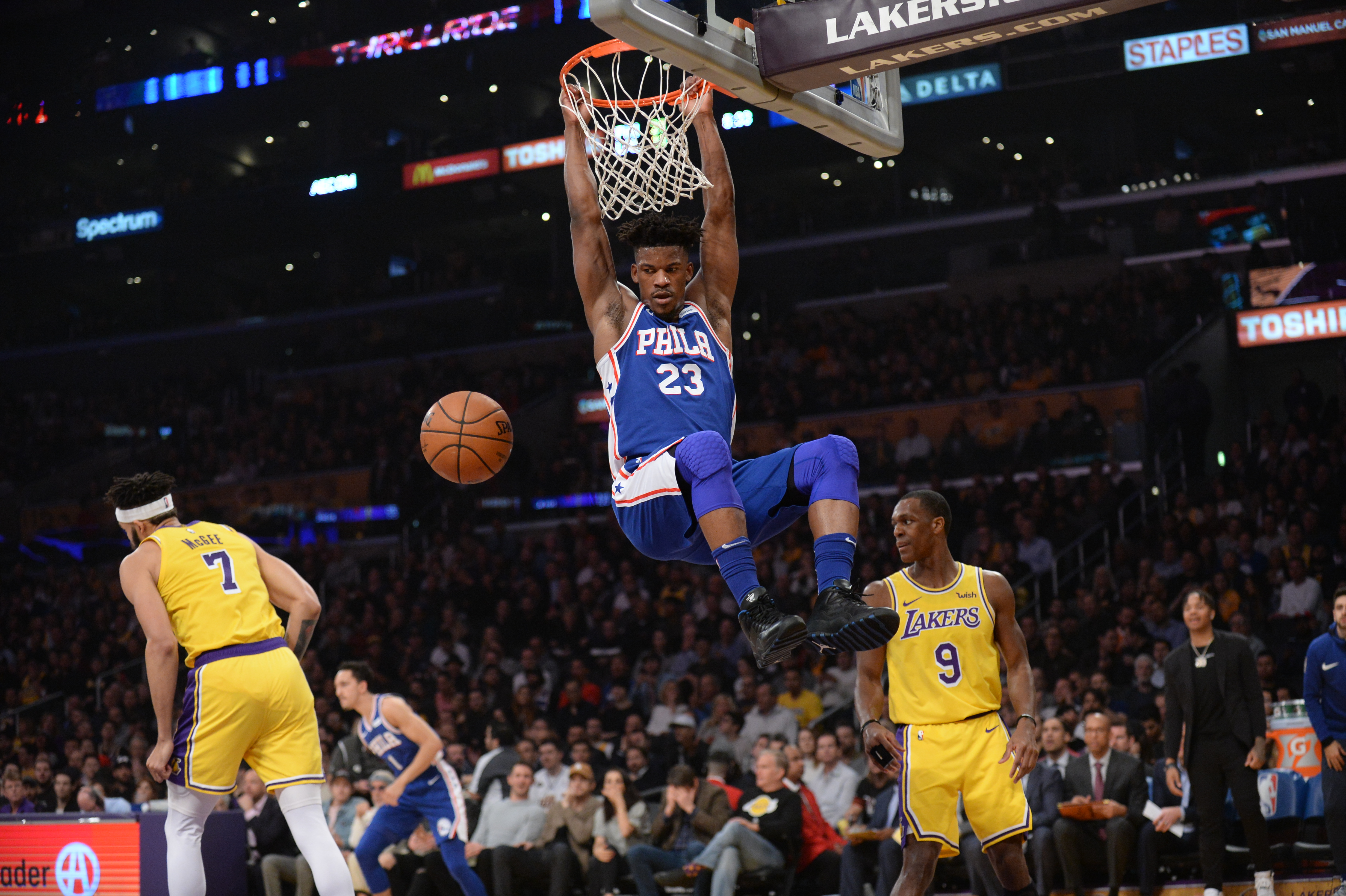 According to Chris Haynes of Yahoo Sports, the Los Angeles Lakers have a genuine interest in acquiring two-way star guard Jimmy Butler.

He added that Philadelphia remains adamant about keeping him and were prepared for this decision.

That being said, it should not come as a surprise to see Butler declining his player option as he is set to receive a max contract this offseason.

A couple of weeks ago, ESPN’s Brian Windhorst mentioned on his podcast, “The Hoop Collective” that some NBA executives believe Philadelphia will offer Butler a max contract.

If the Sixers were to extend a max contract to Butler, it would be a five-year deal approximately worth $189.7 million.

This means that the Lakers and Brooklyn Nets, who have also been connected to Butler, can only offer him a four-year deal worth $140.66 million.

Therefore, would Butler turn down a potential five-year max deal from the Sixers to just head out west to play with LeBron James? Highly doubt it.

Back in September, ESPN’s Adrian Wojnarowski reported that the former Marquette standout had imagined playing with the Lakers.

But once LeBron James signed there, Butler was not fond of the idea playing there.

In addition to not wanting to play with James, the Lakers were not one of Butler’s preferred trade destinations. Instead, he reportedly wanted to go to either the Los Angeles Clippers, New York Knicks or Nets to a certain extent.

Even though Butler would give the Lakers another reliable scoring to pair with James for the next couple of seasons in a wide open Western Conference. The veteran guard would ultimately be better off re-signing with the Sixers for the long-term.