Down in the Dominican: DSL Indians/Brewers First Two Weeks 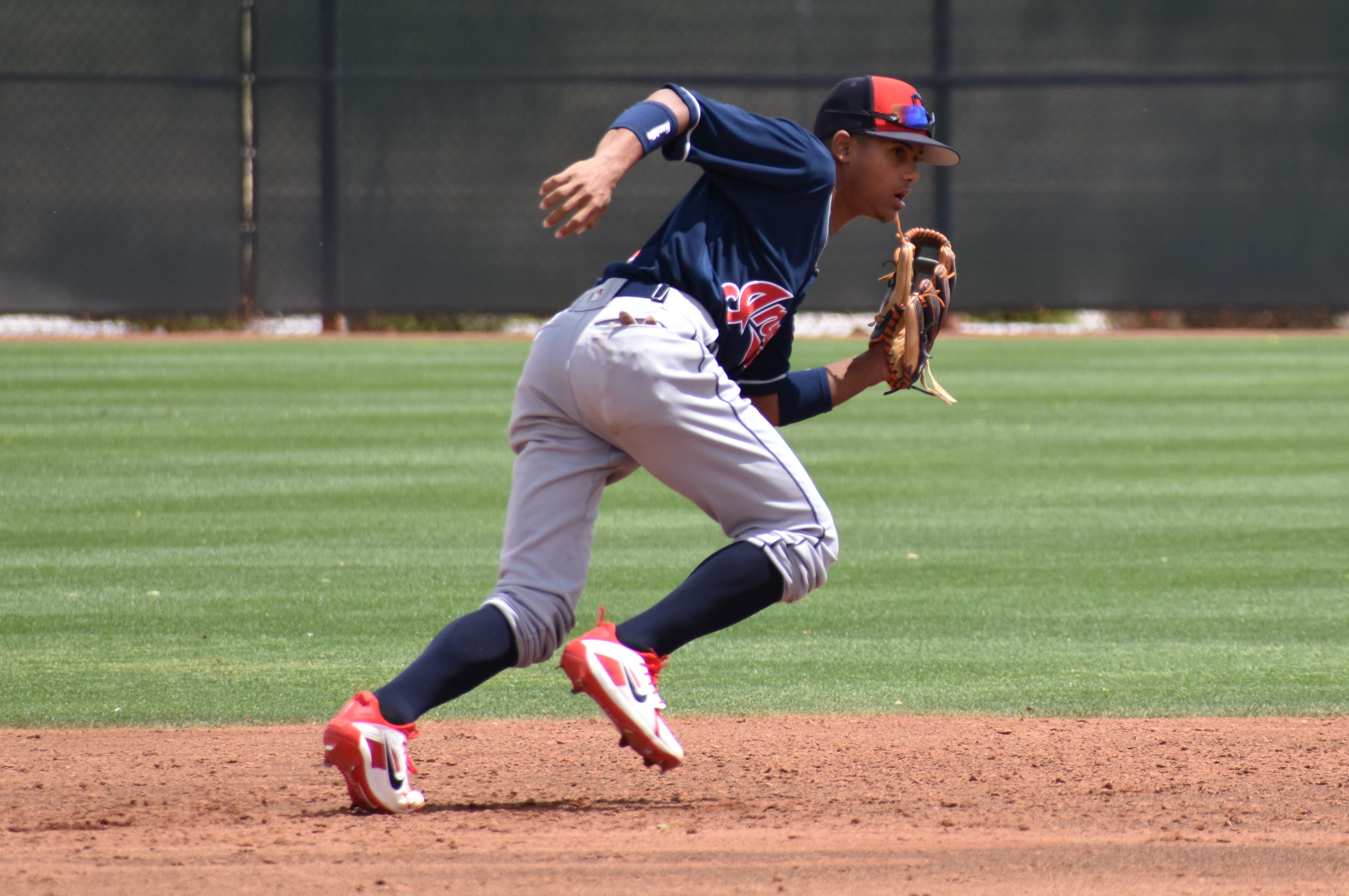 Down in the Dominican: DSL Indians/Brewers First Two Weeks

Last Sunday we looked at the first week of the Dominican Summer League Indians, so it’s now the Indians/Brewers co-op team’s turn. While the DSL Indians are fighting around .500 (6-7), the Indians/Brewers are sitting at the bottom of the DSL North at 3-10. In fact, this is the second to worst record in all of the Dominican Summer League (the Nationals are 1-11).

This team has always been an afterthought for the Indians, essentially an opportunity to have two starting short stops in the DSL and get a few guys some extra innings pitched, but this season the roster is very extreme. The Indians only provided four position players, all infielders, with the rest of the offense supplied by the Brewers. Even the pitching staff is only about 50% Indians giving them 14 of the 36 players on the roster.

Of those Indians, the biggest prospect is the short stop Junior Sanquintin and he had a solid start to his season with two home runs to lead the team. These and five doubles in two weeks have lead to a slugging percent of .513. Sanquintin has only struck out nine times in the first two weeks with five walks. He showed great power in extended spring this year and is certainly keeping things turned up early in the DSL season.

Sanquintin crosses the plate after hitting a home run in his first extended spring training at bat. – Joseph Coblitz, BurningRiverBaseball

The Indians three other infielders are not having as good of a time. Jose Baez (Jose Ramirez‘s brother) started the season on the IL, but has since returned and hasn’t been brought up to speed yet (0 for 8). Alan Meza has been dreadful with one hit in six games while the solid defensive second baseman Henyer Gomez has been almost as bad with 17 strike outs in 11 games.

While the DSL Indians have struggled with pitching, the Indians/Brewers have had a few solid performers despite averaging nearly seven runs allowed per game. Indians starter Albert Breton is one of those and leads all starters with a 1.54 ERA through his first 11.2 innings (three starts). Before getting too excited, he only has five strike outs over that span.

All of the Indians/Brewers top relievers belong to the Indians and include Frederic Garcia, Erick Heredia, David Flores and Ronald Parra. Each of these pitchers has thrown at least four innings and holds a ERA below 3.40. Heredia has allowed just one run on a solo home run this year that represents  one of his three hits allowed in 7.1 innings. Flores has allowed just three hits in 4.2 innings with seven strike outs. He has walked two and hit one. Flores and Heredia have each saved one game (remember they only have three wins as a team) and have finished two apiece.

The next update on the Indians/Brewers will be on June 30th.