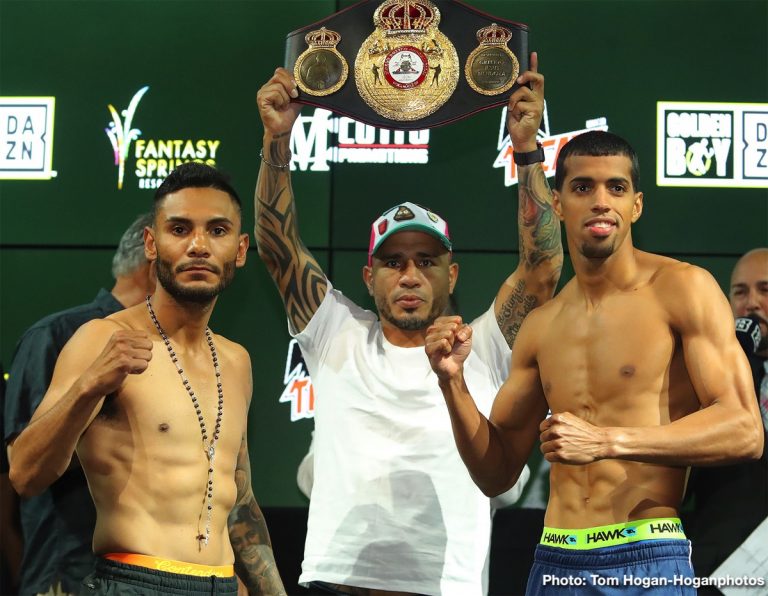 Luke Irwin: On February 9th of this year, Andrew Cancio was a 30-year-old journeyman fighter who was 5-3 in his last eight fights with no real prospectst brought in to showcase the defending champion Alberto Machado, who was a -5000 favorite. As expected, in the first round, Machado puts Cancio on his wallet, just as was probably the plan. Nine minutes later of ring time, Machado is down three times, the last one for good, and Andrew Cancio is the junior lightweight champion of the world. It remains one of the biggest upsets of the year, and four months later, they do it again. Cancio could just have Machado’s number. It happens. Ken Norton had Ali’s, Dennis Hallman had Matt Hughes’s. It happens. I’m betting against it, though. Machado adapts and doesn’t take Cancio lightly this time. Machado via R7 TKO.

Luke: This is bizarre. Soto is only 22 and could very well be world champion, but he’s nowhere near ready for a fighter like Acosta, and his last two wins came over a 3-13 fighter and an 0-14 fighter. Bizarre matchmakaing and booking of Soto. You don’t think of the lighter-weights as bombers, especially at 108lbs, but Acosta can goddamned throw. All four of his title fights have ended in stoppage, including his last one over former world champion Ganigan Lopez. Acosta via R4 KO.