MONDAY READER: The Epic That Was Three Straight Penguins-Capitals Series 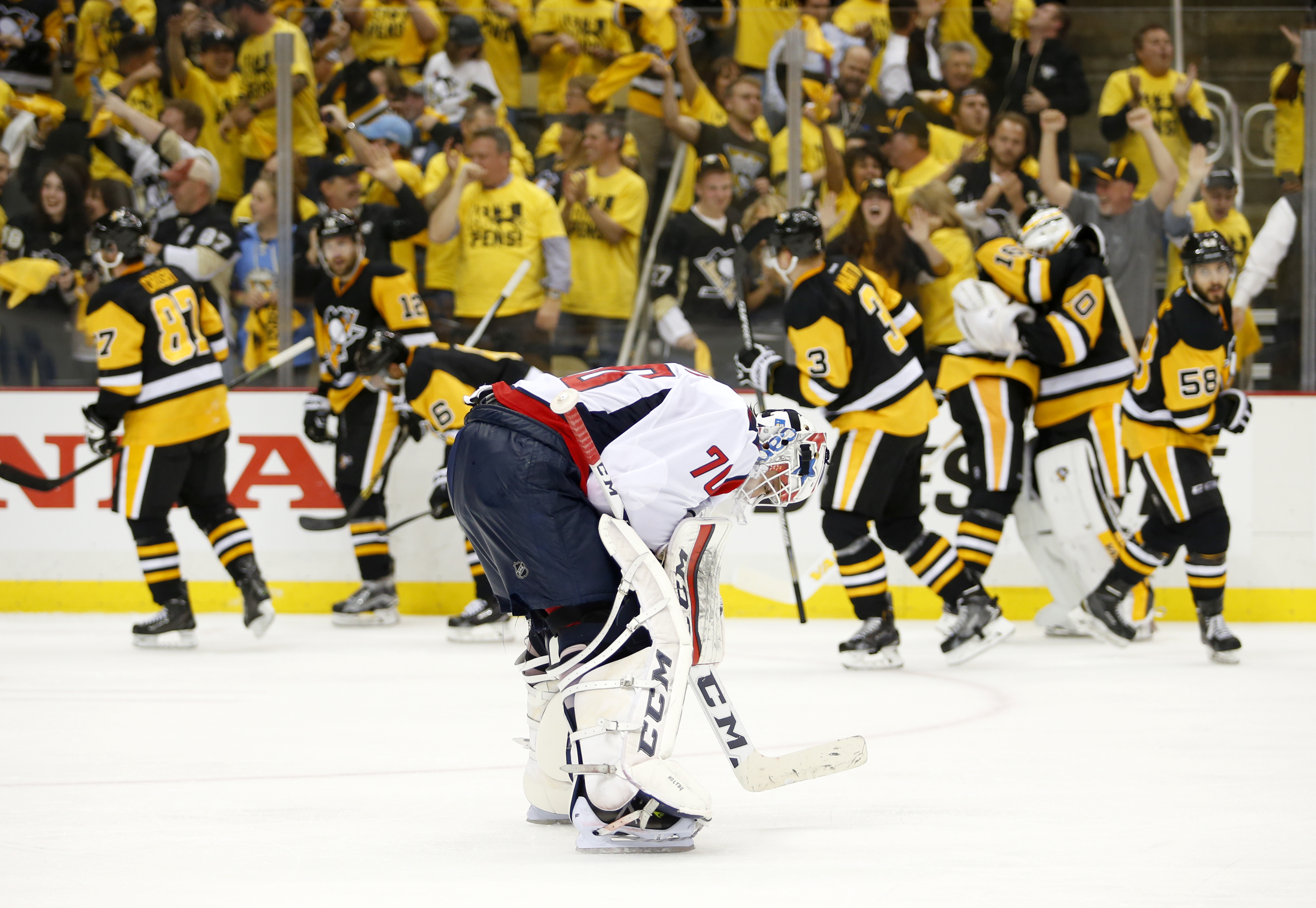 MONDAY READER: The Epic That Was Three Straight Penguins-Capitals Series

We went from the hottest team in the league trying to march through the playoffs, to defending champions and then trying to three-peat.

Needless to say, when all three of those series occurred there was not much time for perspective.

The first two times, we had conference final opponents to worry about and in the rubber match, we remembered that for nearly three years, the Penguins sat atop the mountain.

What gets lost is that by in large, all three of these matchups were absolute and complete epics. Elite talent stacked on each roster, a true rivalry in an age where rivalries are kind of going by the wayside and no shortage of drama.

Before we dive in, allow me to say this; what makes the Penguins-Capitals rivalry so great is that although the Penguins hold the distinct advantage in series victories, rarely have they been dominant victories. Especially after the way 2018 played out. If Tom Kuhnhackl doesn’t hit the post in overtime in game six, who knows if the Caps win the Stanley Cup or if the Penguins make it past Tampa.

Same goes for 2016. What if Nick Bonino doesn’t get a bounce in a game six and the puck stays out in OT? Do they win that game still?

Anyway, let’s take a trip down memory lane and remember three series that for 29 other fanbases must have felt like this, but with no skin in the game:

Regardless of how you feel about Marc-Andre Fleury, if you think they should’ve kept him or kept running with Murr, you couldn’t ask for a better curtain call than what Flower provided.

Against the Capitals alone, Fleury posted an okay .921 save percentage, but it was game seven that mattered most.

The Pens had stunned the Capitals through four games, taking a commanding 3-1 series lead after beating the Caps in their building in games one and two and then splitting at PPG Paints Arena. The Caps would return the favor by running the Pens shit in games five and six, forcing a game seven in DC.

All the momentum, if you believe in that kind of thing, is in the Caps’ favor, a loud building and a chance to finally take down their rival.

He would fittingly make 29 saves and shutout the Caps, sending them packing and keeping the Pens title defense alive.

None more important than this:

We knew Bonino would be an upgrade over Brandon Sutter and Carl Hagelin was instantly the fastest man on the Penguins roster.

What we didn’t know is that this line would suddenly become the best “third” line in hockey. In 2016 against the Caps the trio combined for seven goals and 18 points in six games. Three of those seven coming in the series-deciding game six.

Classic Phil, a rocket off the rush and a power play that ran through him. Goodbye, sweet prince.

I can’t prove it, nor will I ever attempt to, but when that goal went in and they kicked in the goal horn on again the second time, I am convinced they blared it louder just because they wanted to make sure the Caps knew it was over.

It was a tale as old as….well as long as the Capitals have existed.

President’s Trophy winners by a mile. A roster that seemed to lack a single flaw and then…the Penguins happen.

Let’s not kid ourselves, either. This wasn’t the Penguins walking in, declaring their dominance and punching a ticket to the conference final. Not at all. The 2016 Penguins-Capitals matchup was an all-out war.

Five of the six games were decided by one goal, three of those decided in overtime and your leading scorers were Alex Ovechkin and….Carl Hagelin.

Matt Murray slightly outdueled Brayden Holtby, posting a .926 compared to Holtby’s .923. The Caps scored 15 goals on Murr while the Pens posted 16 against Holtby. Needless to say, this series existed on a razor’s edge.

I was pretty vocal about this not being as bad as it seemed. It was a bang-bang play and Niskanen reacted at the moment in a way most would when a player is coming at you full speed and falling down to boot.

However, Niskanen has always been a sneakily dirty player and this play wasn’t much of an exception. He got tossed from the game for it and Sid missed game four, which the Pens won anyway.

This is where the value of Trevor Daley was seen in the 2016 playoffs before he broke his leg.

Letang went high on Marcus Johansson and was subsequently suspended for his troubles. The Penguins would be without their number one defenseman in game four and still pull out a 3-2 overtime win without him.

Ok, fine. We’ll talk about him, damn it. You convinced me.

Dirty hit, plain and simple. Wilson would be suspended three games, missing the rest of the series, keeping him fresh for the conference final.

As far as punishment fitting the crime, it didn’t.

As far as what you get for the NHL suspending players in the postseason, not too bad.

Zach Aston-Reese had a broken jaw and had to eat through a straw for a couple of months and well, that’s not great.

I dunno, I don’t feel like dwelling on Tom Wilson because we do that enough.

Because we all have the collective attention span of flies in this day and age, we forget that Patric Hornqvist was a steady soldier and arguably one of the Penguins more valuable pieces.

Weber, a Pittsburgh native, got what could only be described as the assist of a lifetime in front of his home crowd. He bats the puck right to Hornqvist who makes no mistake…

Hang on, I’m hearing Weber did NOT play for Pittsburgh and this was an egregious turnover.

Remember the Parallax Effect debate? Weren’t those fun times on Twitter before it was all quote tweets and Debaits?

Well, TJ Oshie got his first career playoff hat trick, completeing it in overtime that took a video review and we all weren’t sure if it was actually in.

The reign comes to an end

It was tough, but it was bound to happen. After winning nine straight series, the Pens finally burned out.

It came in overtime, on home ice and Evgeni Kuznetzov ended the series and the Penguins reign as champions.

For three years, the road to the Stanley Cup ran through Pittsburgh and Washington. If you wanted to get to the Final or win the Cup you had to take down one of these two teams and until 2019, no one did.

After a brief respite in 2019 when the Caps lost to the Hurricanes, Pens to the Islanders and St. Louis won their first championship, the Metro Division doesn’t want this happening again.

New Jersey has Subban and Hughes.

Rangers have Kakko and Panarin.

Hurricanes, barring finding a goaltender, are still largely the same team that made their way to a conference final.

The Penguins, for all the idiocy of the last couple of offseasons still have Crosby, Malkin, Letang, and Murray.

Buckle up, because if you thought Pens vs. Caps in the second round for three straight years was a dogfight, the Metro Division is now going to be an 82-game Battle of the Bastards.