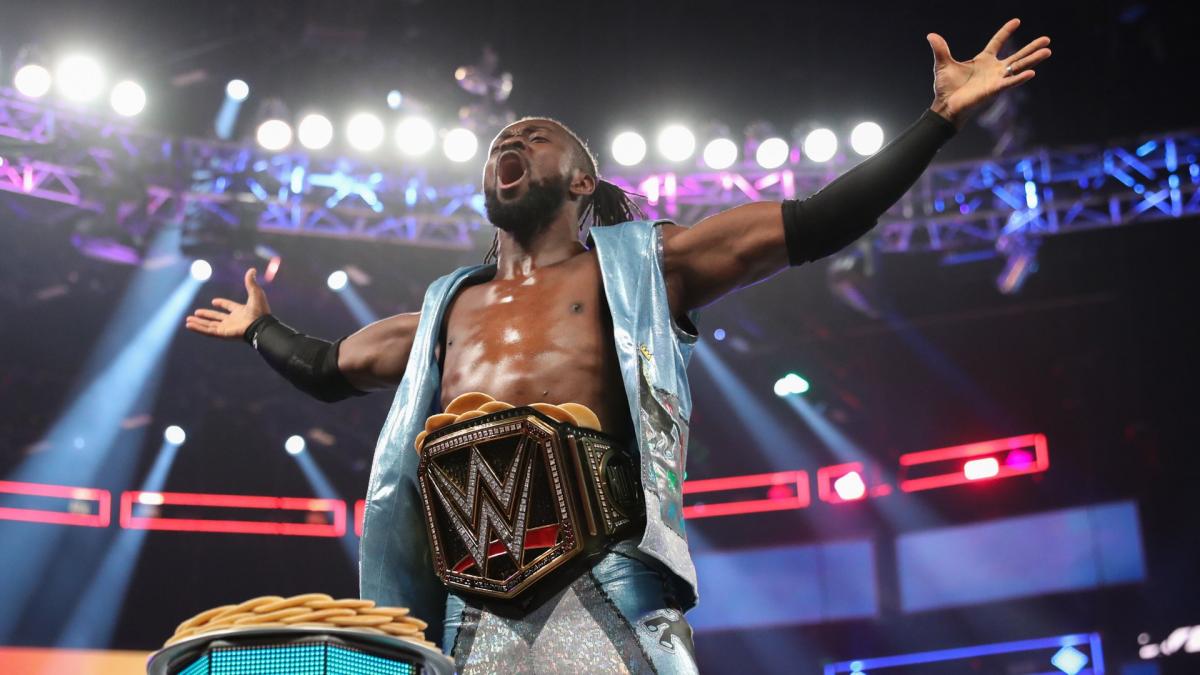 During the last couple of Smackdown Live Events in New York, WWE Champion Kofi Kingston announced to the crowd that he is dealing with an injury.

Reports state that Kingston is dealing with some back issues, but it doesn’t seem to be anything major. Kingston is still scheduled to face Samoa Joe at Extreme Rules this Sunday, and also confirmed that at the Live Event.

As of this writing, the stipulation has not been announced for the upcoming match, but prior to Kingston’s back injury, plans were for the two men to battle in a Ladder Match. With Kingston’s back issues, that could very well change. Whether the match stipulation will be announced tonight or Sunday is unknown.

It’s widely believed that Kingston will not participate in the ring for tonight’s Smackdown Live. Not competing will allow Kingston to rest up and heal before Extreme Rules. That’s not to say that he won’t be there. He will more than likely be joining The New Day for their match tonight and steer clear of any physical action.

At the live events, Kingston accompanied The New Day members Big E and Xavier Woods at ringside. He also tossed out pancakes to the fans.

Kingston’s historic run as WWE Champion has seen success with wins over Dolph Ziggler and Kevin Owens. His only loss since WrestleMania was at the hands of Samoa Joe in a six-man tag on Raw some weeks back, who knocked the Champion out with the Coquina Clutch.

Had a bit of fun last night…11 days til #WWEExtremeRules. It’s is gonna be a doozie! pic.twitter.com/6SxR6kso6V

Kingston’s shocking hand gesture at Samoa Joe two weeks ago is one of the major moments coming out of the booking changes that the company has recently made that involves Eric Bischoff and Paul Heyman. The finger is certainly a driving force of their feud in addition to the loss on Raw.

Hopefully Kingston’s future as WWE Champion won’t hang in the balance post-Extreme Rules, given there’s the chance of aggravating the injury further.