Yainer Diaz Ready for Next Challenge 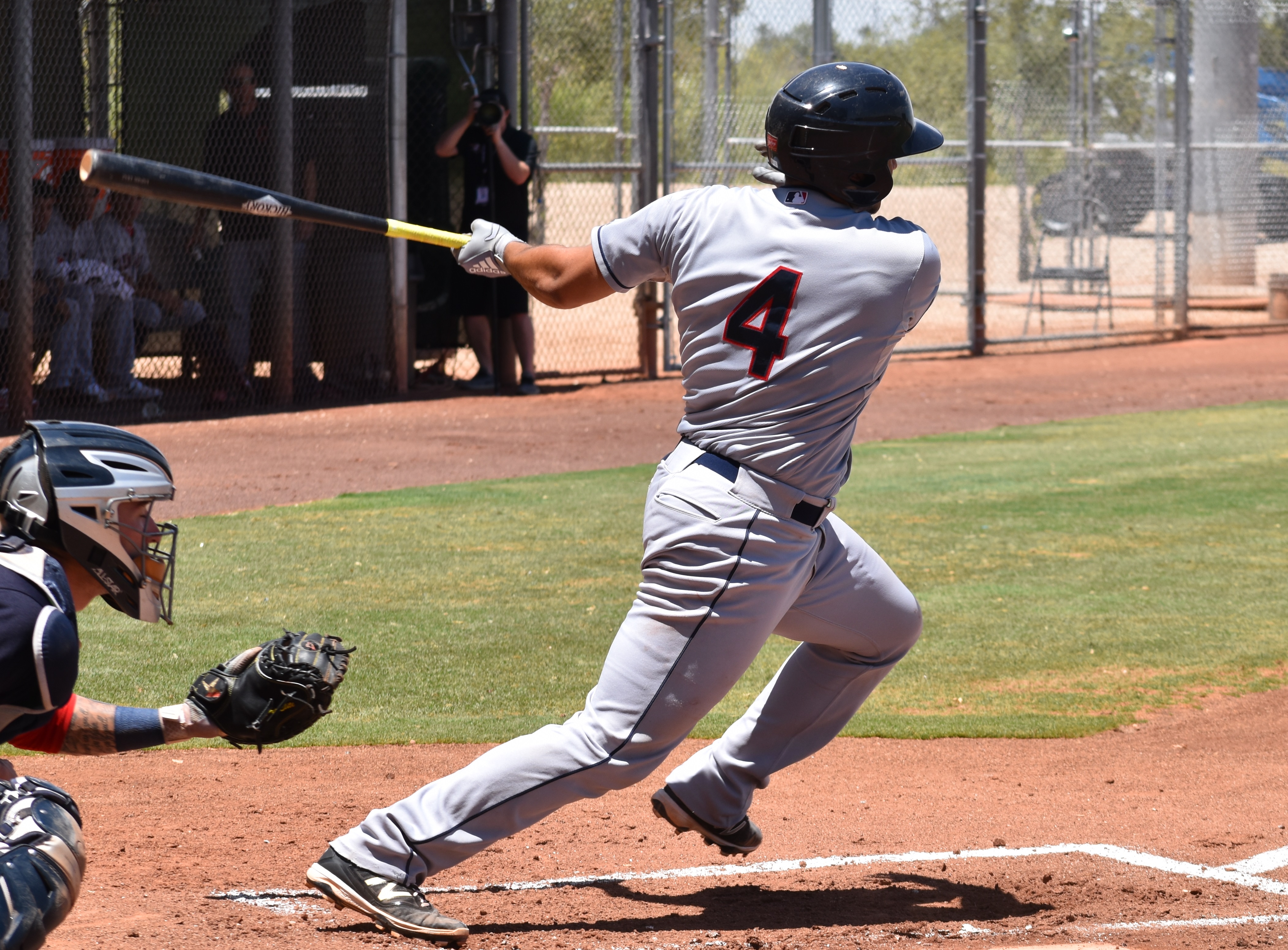 Yainer Diaz Ready for Next Challenge

There is something that can be said definitively about the Indians going back multiple generations of front offices. They are absolutely terrible at drafting catchers. With the exception of Roberto Perez, who was a 33rd round pick in 2008 that they essentially lucked out with, they haven’t drafted a player who stayed at the position and had any MLB success at all since taking Andy Allanson in the second round in 1983 (and he only had a 1.1 bWAR spread across four seasons).

For the last few seasons, the Indians have been relying on their last decent catching pick, Eric Haase, and a slew of minor league free agents to fill out the depth chart in Columbus and Akron while testing option after option in Lynchburg and lower, always finding them wanting. This carousel may finally be coming to an end.

Last year, the Indians took true power prospect Bo Naylor in the first round and solid all around back-stop Bryan Lavastida in the 15th. More importantly, in 2017 they signed international free agent Micael Ramirez and in 2016, they brought in Yainer Diaz. Between these four catchers, one has to hit and my focus today will be on the 20 year old Dominican, Yainer Diaz.

Like the drafted catchers, the international signings at catcher have been rough for awhile (although they have had more recent hits, including Victor Martinez), but Diaz looked to break that trend in 2017. During his rookie year, he hit .294/.321/.379, nothing spectacular in the Dominican Summer League, but far better than any of his predecessors. It was certainly enough for a promotion and he hit .355/.387/.503 in 2018 during his first season in the US.

This (and the extended spring training season prior) was the first time I had a chance to see Diaz in person and he was immediately impressive. Diaz is still young enough to not have the long term catcher problems and is a solid all around athlete, good at fielding his position and running the bases. While this may not last for long, it is a good sign that he isn’t starting out slow footed.

Defense is huge for the Indians at the catcher position and they haven’t hesitated in the past to move a player to another position if he struggles. This move likely saved the career of Miguel Jerez and killed the career of Simeon Lucas. While Diaz isn’t the greatest at this point (I’d give that nod to Micael Ramirez), he is more than acceptable behind the plate. He has a great arm, catching 47% of base stealers in a league filled with wild pitches that are often categorized as steals. The fact that opponents have attempted 17 steals on him in 11 games shows how aggressive Arizona League base runners. His three errors should not be considered too much of a detriment as they have generally come from trying to do too much, specifically attempting to get a runner who was advancing on a wild pitch/passed ball, then compounding the mistake with a throwing error.

Of course, Diaz’s real value is at the plate, not behind it. The chart above (from Baseball Savant) shows Diaz’s ability to go to all fields and he has done so effectively for his first two seasons in the AZL. As can be seen by the predominance of hits to left field compared to the fly outs to right, he has more power to his pull side, but is essentially impossible to shift against. He has enough power to rip a double or home run to the right side (the one furthest to the right was a walk off shot earlier this season, pictured below) and this should keep defenses honest against him, allowing him to continue to rip line drive singles to left.

Diaz is mobbed by his teammates after hitting a walk off home run. – Joseph Coblitz, BurningRiverBaseball

Ultimately, it is Diaz’s bat control, not his power, that could lead to lasting success. While he only walked seven times last year, he only struck out 18 in 164 plate appearances good for an 11% k-rate and 5th best in the AZL (the Indians also had  #2, Wilbis Santiago and #4, Brayan Rocchio). In 2019, k’s have been up around the league and he has lowered that rate by a percent and is currently 10th in the AZL, again behind two teammates, Will Brennan (#4, 5.7%) and Julian Escobedo (#3, 5.5%).

Diaz currently leads the AZL in a pile of stats including wRC+ (213, one higher than Escobedo), OPS (1.220), wOBA (.537) and average (.469). While you could say that much of this is luck (.481 BABIP), I would argue that he has actually been less lucky than last season (.393 BABIP) as his batted ball profile has improved. Diaz has been hitting the ball with significantly more authority and has now maintained a BABIP above .320 in each of his first three seasons.* As he advances, this will certainly drop, but he has proven himself more than ready to move to the next level. He obviously won’t be a .400 hitter even in A ball, but if he were to stay in the AZL any longer, I would guess that he could maintain not just the average, but the power and strike out rate.

The question remains about what Diaz stands to gain from remaining in Arizona any longer. There are at bats at catcher available at the higher levels, particularly those taken by Felix Fernandez and Gianpaul Gonzalez, who have both been with the team since 2014 and have yet to make it above A Lake County. The Indians could easily cut the pair, promote Bo Naylor (who has been even hotter than normal of late) to Lynchburg and Bryan Lavastida to Lake County to free up plenty of at bats in Mahoning Valley. It is not an age issue as his bat is at least as advanced as the 18 year old Brayan Rocchio, who was promoted to Mahoning Valley to start the season. If anything, I’d argue that Diaz should skip short season and go straight to Lake County, as his bat is also more advanced than Lavastida’s.

It is true that he is currently one of AZL Indians Red’s only catchers along with Roger Marmol, but 1B Will Bartlett was drafted as a catcher and Indians Blue has three and could easily transfer one over. The DSL Indians also have three, including two who are playing in their second pro seasons. Making sure an AZL team has catching depth would be a very silly reason to keep him from advancing in his career.

As it stands, however, it is unfair to opposing pitchers to keep him down. He has multiple hits in 11 of 15 games played this year and nine extra base hits including four home runs. You can site the BABIP as much as you want, but he has just two infield singles this year out of his 30 base knocks, so it’s far from just luck. After a year and a half of sustained success at this level, it’s far beyond time for Diaz to move on and try to do the same at another level.

Diaz is congratulated by Moroff on his fourth home run of the 2019 season. – Joseph Coblitz, BurningRiverBaseball

*On AZL BABIP, extremely poor defense around the league, particularly in the infield, leads to some crazy numbers. 37 of the 140 qualifiers this season have a BABIP under .300 while the top 69 marks are all above .350 and 40 have a BABIP above .400 with more than 50 plate appearances. Because of this, significant drops in average should be expected from every single player to advance past this level.