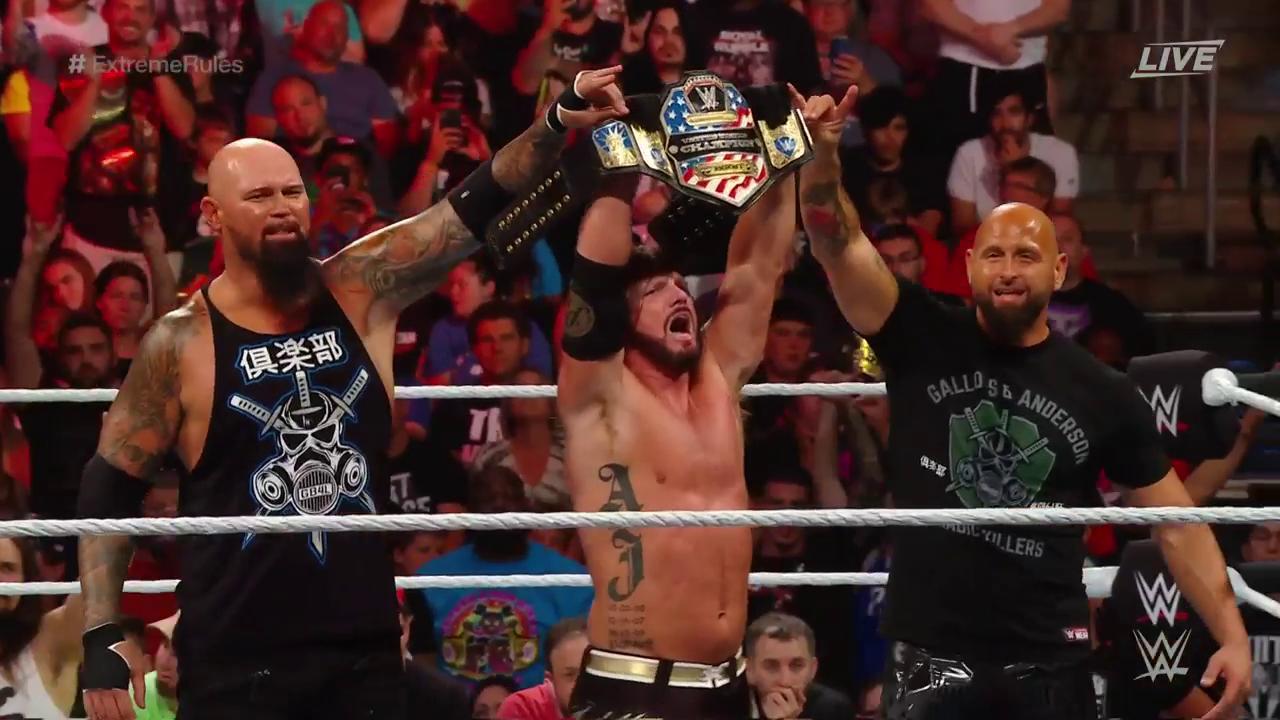 AJ Styles has defeated Ricochet for the WWE United States Championship. The win came at Extreme Rules on Sunday, July 14 in a match that has WWE fans talking.

Ricochet has been making his way in WWE since arriving on the main roster earlier this year. He and Aleister Black made waves as tag team on Monday Night Raw and SmackDown Live, before their run eventually ended and both men went solo.

.@KingRicochet and @AJStylesOrg know how to put on a show… but you can't forget about that substance, either. #ExtremeRules pic.twitter.com/LNwUBG5G26

Ric has been impressive on every level since that time and his feud with Styles has indeed taken his WWE career to a new level. While AJ’s win doesn’t necessarily mean that this rivalry is over, it is apparent that momentum has shifted in Styles’ favor.

AJ recently reunited with Karl Anderson and Luke Gallows as The Club, WWE’s knockoff of New Japan’s original Bullet Club faction. Many fans believe that Bullet Club founder Finn Bálor will eventually join the group but whether or not that will happen, remains to be seen.