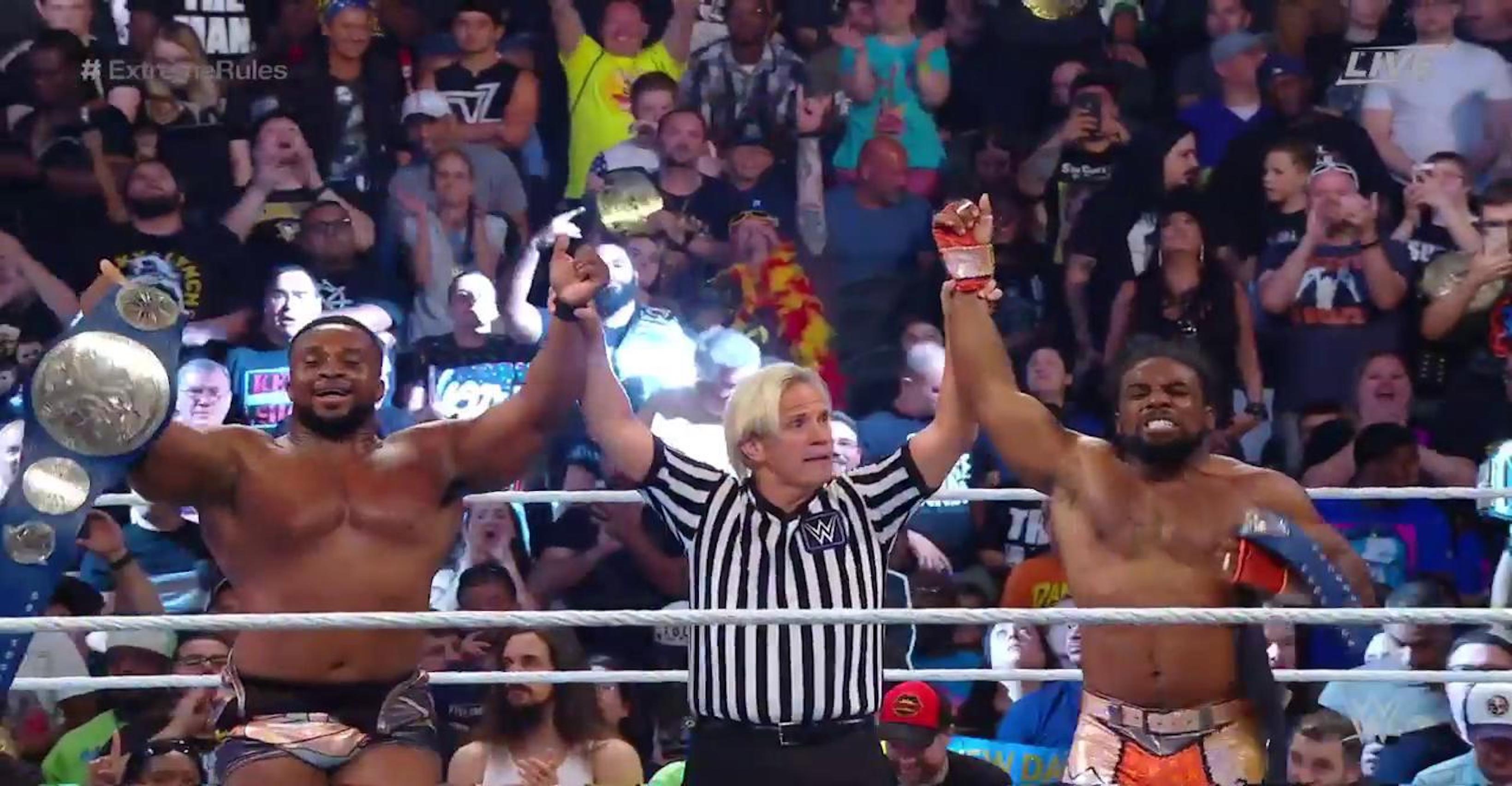 The New Day are the new SmackDown Live tag team champions. Big E and Xavier Woods won the titles against Heavy Machinery and the former champs Daniel Bryan and Rowan.

The match took place at Extreme Rules and it was an exiting bout from start to finish. The crowd was fully invested in the match, as well as the end, which saw The New Day become the six-time tag team champions.

This win was especially meaningful for The New Day, as it brings home all the gold to the faction. WWE champion Kofi Kingston celebrated backstage with Woods and Big E and that visual alone was enough to make fans believe that the trio would indeed go on as the top title stable in WWE.

Of course many fans also believe that it’s only a matter of time until The New Day implodes. Their demise has been predicted for quite some time, but its unknown when and where that destruction could take place.