Trading Noah Syndergaard isn't crazy... racing to do it now is 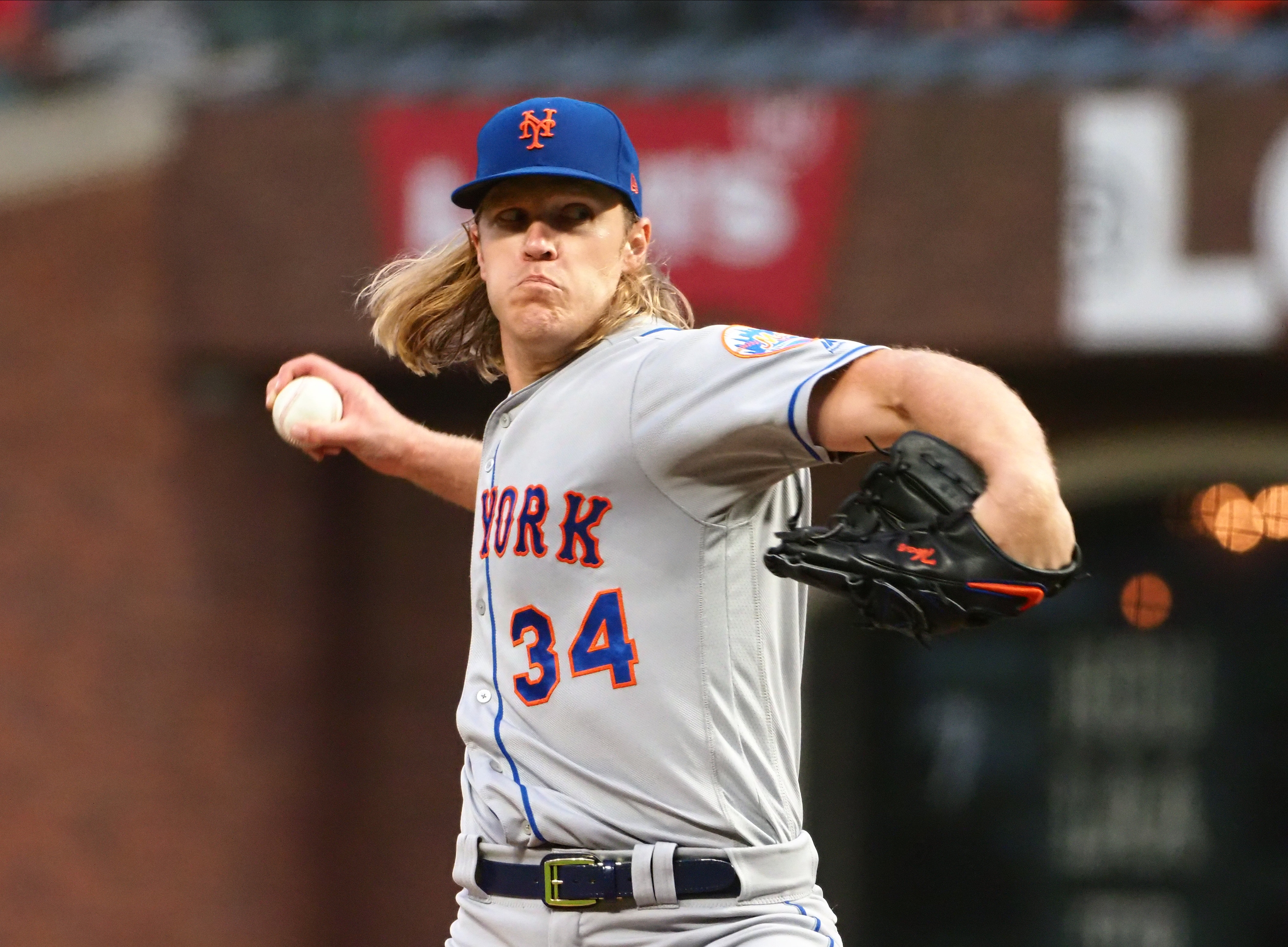 Trading Noah Syndergaard isn't crazy... racing to do it now is

The Noah Syndergaard trade rumors rocketed up to an 11 yesterday thanks to a series of interesting tweets from national beat writers. First, this one from Ken Rosenthal, which indicates that the New York Mets are weighing a Syndergaard deal while extending pending free agent Zack Wheeler.

An option #Mets are exploring, per sources: Trading Syndergaard and signing Wheeler to an extension. NYM would benefit from return for Syndergaard while keeping Wheeler, a quality starting pitcher who otherwise would depart in free agency. @TheAthleticMLB

On the surface, this isn’t the worst idea in the world. Wheeler has value and can be a no. 2 starter behind Jacob deGrom, and his trade value as a pending free agent coming off a stint on the injured list isn’t great. Syndergaard has pitched better of late and has significantly more team control, enabling the Mets to ask for a ton in return, which could be a way to enable them to fill multiple needs with one deal. The more concerning tweet came from ESPN’s Buster Olney, who dropped this bomb on the world.

Rival evaluators say they believe the Mets are fully intent on dealing Noah Syndergaard before the trade deadline. "It's beyond listening," said one. "They want to move him."

So Rosenthal has the Mets listening to Syndergaard offers while Olney is reporting that the Mets want to move him now. On its surface, this part of the Syndergaard rumors makes no sense. Syndergaard has a ton of value, sure, but what the Mets can ask for him in return is probably at a low right now. So far this season, Syndergaard is 7-5 with a 4.33 ERA and 1.26 WHIP in 20 starts. That level of performance isn’t going to get as good a haul for the Mets than if they let Syndergaard pitch for them for the final two months to boost his value.

The other concerning part of this Olney tweet is the fact the Mets might be trying to rush to deal Syndergaard before the deadline. Perhaps Brodie Van Wagenen sees a weak supply of starting pitchers on the trade block, especially since the hot play of the Giants and Indians has likely taken Madison Bumgarner and Trevor Bauer off the market, and thinks Syndergaard would get a ton back from a desperate team. The problem with this thinking is that it limits the type of return you can get in terms of both teams and players.

Dealing Syndergaard now limits the pool of teams to potential contenders, with the Mets already unlikely to send Syndergaard to the Bronx. Teams are also unlikely to part with big league ready pieces right now, preferring to deal prospects in order to avoid subtracting from their potential playoff roster. Waiting until the offseason would open up the pool for more bidders and give teams more options to replace pieces they deal for Syndergaard in the free agent market.

Doing a deal now screams panic from the Mets, who likely know they got fleeced in the Robinson Cano deal over the winter. Perhaps Van Wagenen thinks getting a huge “win” in a Syndergaard deal is a way to correct that mistake. That is a very dicey game to play for a front office with so little experience working as a unit, and burning their top trade commodity in the span of a week feels very much like a desperate play to right a wrong from the winter, which is not how a baseball department should be run.