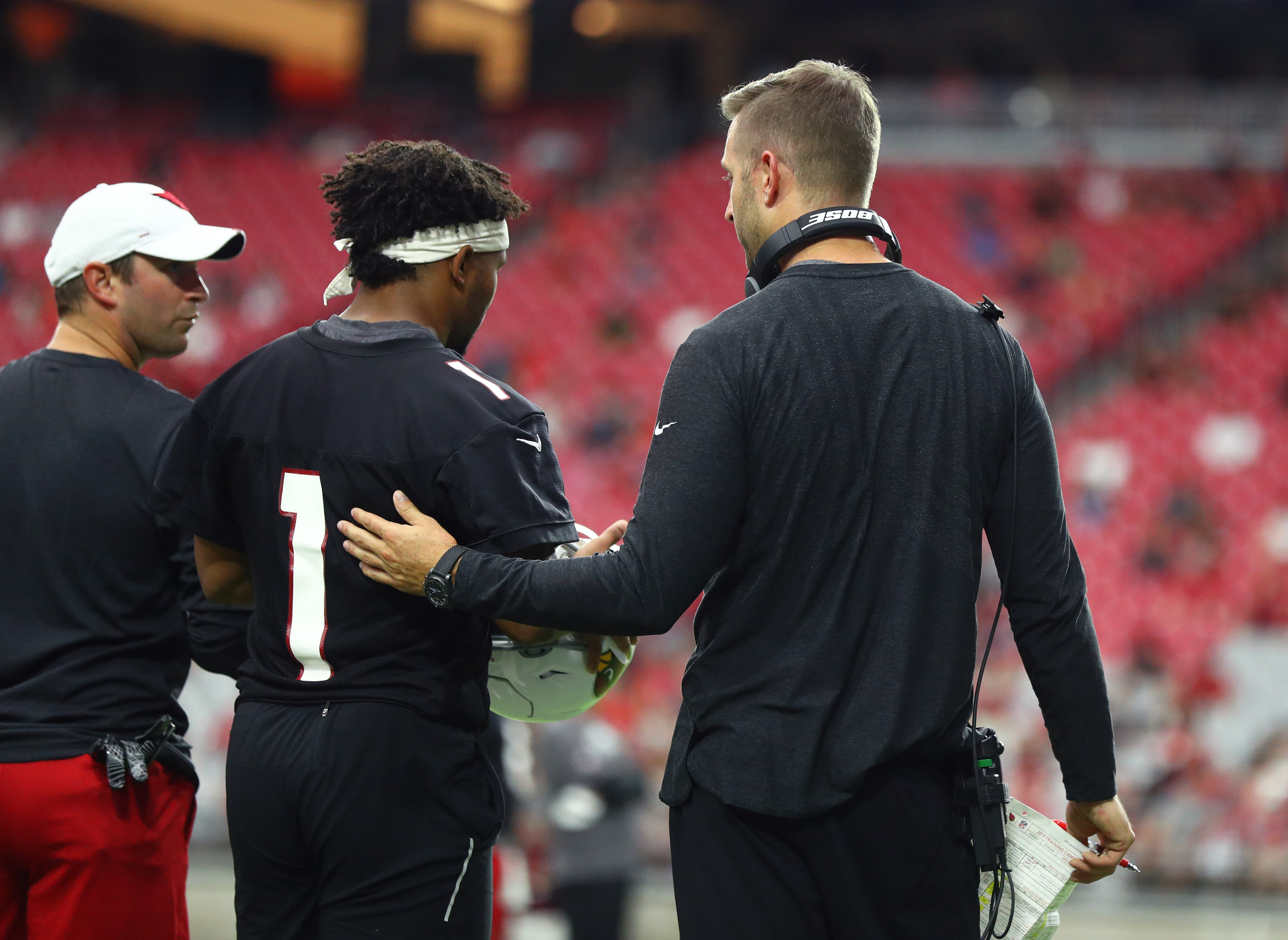 Cardinals new head coach Kliff Kingsbury is bringing his “air raid” offense to the NFL, but there are a lot of doubters that question exactly how successful it can be at the pro level.

Few teams have had success without having a solid run game, including short yardage, which is imperative to move the chains in key situations. A pass-heavy offense can result in too many hits on a quarterback, as well as third-and-long situations.

But Cardinals quarterback Kyler Murray, who played under Kingsbury at Texas Tech, doesn’t agree with the criticism.

“I don’t see why everybody thinks it can’t be successful,” Murray said, via the team’s official website. “It’s just like any other offense. It’s an offense. We work at it, we practice it, and it’s our job to execute it. If we don’t, then it won’t be successful, but if we do — I feel like it works at the college level.

“I don’t see why it couldn’t work at the pro level. It’s our job to make people believe in that.”

We’ll soon see if they can turn the critics into believers.