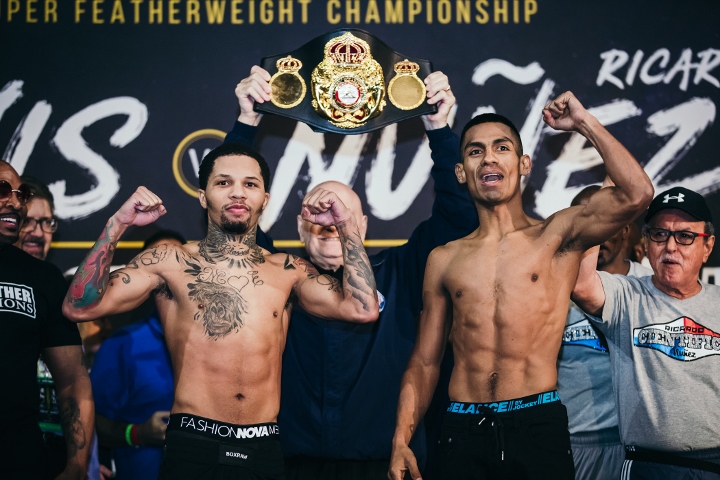 Luke Irwin: Dear sweet baby Jesus, can these boys hit. 39 out of 42 combined wins by T/KO! Nunes is a middling contender, but his power to stop any fight at any time bumps him up a notch. Still, Davis is way too much for Nunes to handle over twelve rounds. I say Nunes makes it interesting, maybe lands a knockdown, but Davis is too heavily armed for him. Davis via R10 TKO. 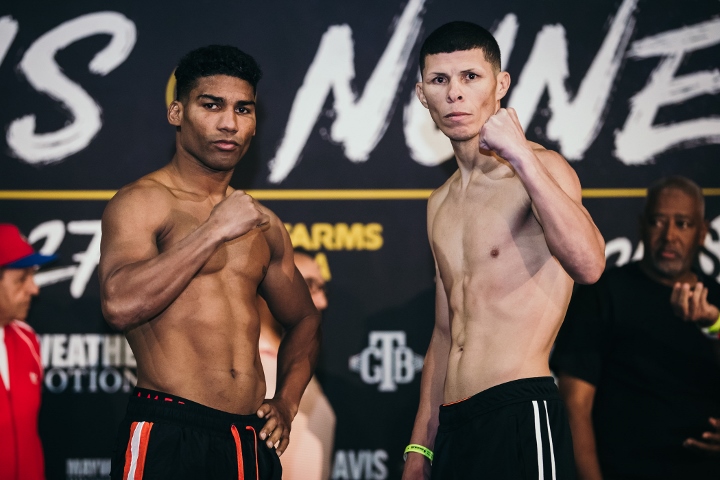 Luke: Two old, tough motherfuckers throwing hands. I love it. Between the two, Gamboa has looked much better recently, as Rocky is 4-2-2 in his last eight going back to 2013. I can’t imagine much is hanging in the balance, here, except for maybe a feeder title shot to one of the monsters at lightweight. Still, should be fun to watch these gunslingers go at it. Gamboa via R7 TKO. 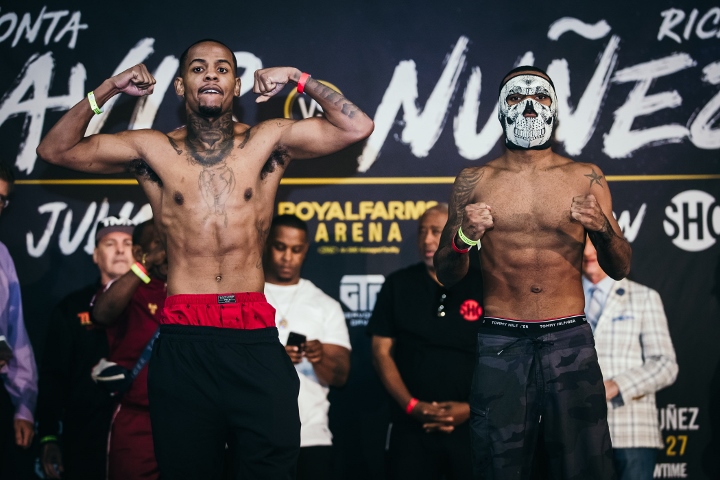 Luke: I think the plan here, is to get Corrales another shot at gold. He lost his WBA Junior Lightweight title on the scales, and was well ahead on the cards before Alberto Machado caught him. He moved up to welterweight and brutally struck down Onalvi Sierra. Now, at lightweight, he’s more at his natural weight and doesn’t need to worry about the scale. Miller is 26, and still a viable candidate to fight for a title, and he was a monster in his last bout, but this feels like Corrales redeeming himself and climbing the ladder towards another crack at gold. Corrales via R10 TKO.