A thought experiment on grading the Marcus Stroman trade 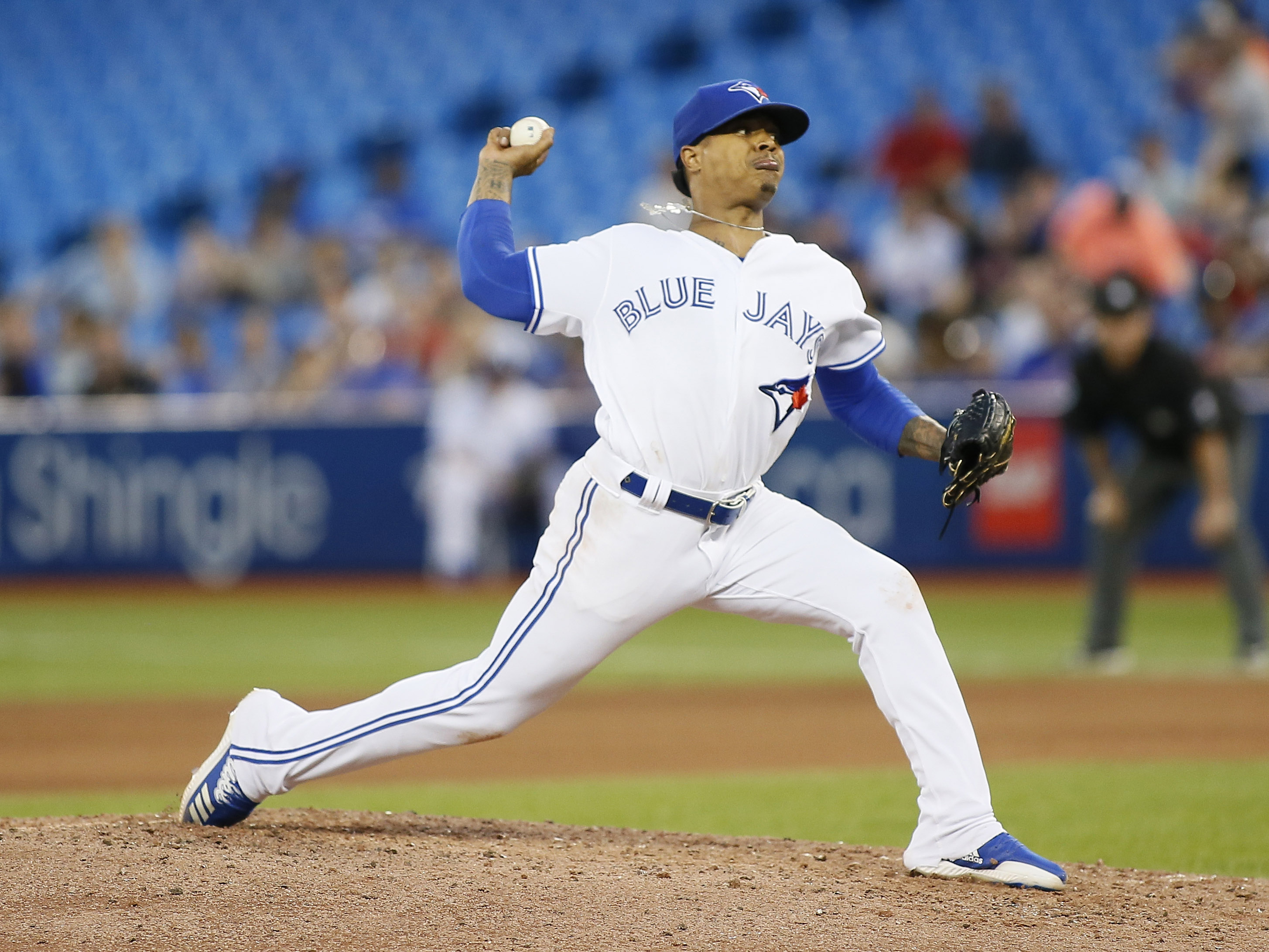 A thought experiment on grading the Marcus Stroman trade

It has been just over 18 hours since the New York Mets shocked the baseball world by landing Marcus Stroman from the Toronto Blue Jays for pitching prospects Anthony Kay and Simeon Woods-Richardson. If you look at the Stroman deal in a vacuum, it isn’t a bad one for the Mets. Kay is their best pitching prospect and was just in the Futures Game, but he has been getting hit hard at AAA and scouts project he’s a back of the rotation starter unless he develops better breaking pitches. Woods-Richardson is a potential stud and is already in High-A ball, but he is still only 18 years old and years away from contributing to a big league roster.

Stroman is 28 years old and having an excellent year, pitching to a 2.96 ERA for Toronto and is a New York native who is very excited about returning home. The Mets have control of Stroman for another year as well, giving them another top starter to pair with Jacob deGrom if they want to contend in 2020. The addition of Stroman gives the Mets six starters at the moment, and with the way the market is shaking out you would expect them to deal another pitcher before Wednesday’s deadline. Stroman replaces one of those guys, and who he fills in for may impact the trade’s overall grade. Let’s start with the most buzz worthy scenario.

Stroman is the Noah Syndergaard replacement

The Mets have been actively shopping Noah Syndergaard for a while now, and they have made it known they want big league ready pieces to retool for next season. Assuming a team like San Diego overpays and gives the Mets exactly what they want, Stroman would replace Syndergaard in the Mets’ rotation while they add pieces like a center fielder, younger starting pitcher, and potentially relief help. What players the Mets get back would have to outweigh the potential downgrade of Syndergaard to Stroman, who is a ground ball pitcher working in front of a horrendous infield defense. This would probably not be the ideal scenario for the Mets.

The other pitcher the Mets have actively been shopping is Zack Wheeler, a pending free agent at year’s end. Wheeler returned from the injured list on Friday and looked sharp, perhaps quelling doubts amongst buyers that his shoulder was a concern. The Mets’ move to pounce on Stroman undercuts the competition for starters, meaning they could ask for more for a guy like Wheeler. There have also been rumors the Mets could package Wheeler with Edwin Diaz to bolster their return, but those are not likely at the moment. Wheeler is unlikely to return next year, so the Mets could have their replacement for him in house with Stroman and enter 2020 with a rotation topped by deGrom, Syndergaard, and Stroman. That is a solid start, although it is worth noting the Mets tried a similar move in the bullpen a few years ago, adding A.J. Ramos to replace the outgoing Addison Reed. That move didn’t work out very well for them.

Stroman takes over for Jason Vargas

The most unlikely scenario on this list is that the Mets simply ship out Jason Vargas, who is also a potential free agent at the end of the year, while retaining Wheeler and Syndergaard. Vargas has pitched well this year, but the Mets likely won’t get a ton for him due to his contract and the fact that Vargas isn’t a potential playoff difference maker. This course of action would probably result from the Mets being underwhelmed by Syndergaard offers and feeling like the value of retaining Wheeler and extending a qualifying offer is greater than whatever prospects they would receive in return for him. The Mets would then have a super rotation for the rest of the season, giving their slim playoff hopes a boost, but be no closer to building a complete roster for 2020.

Marcus Stroman will definitely help the Mets, but we can’t fully judge the impact of this trade until the Mets make their next move. The Mets will not be keeping all of their starters now, and it will be hard to analyze the outcome until we see who else joins Stroman in the next deal. Brodie Van Wagenen paid a steep prospect cost to land Stroman, and that deal was clearly made with an eye towards shipping out another starter to address other areas of the team. By 5:00 pm on Wednesday we will have a more firm grasp on the impact of this Stroman deal.