Down in the Dominican: Indians/Brewers July 28th-August 9th 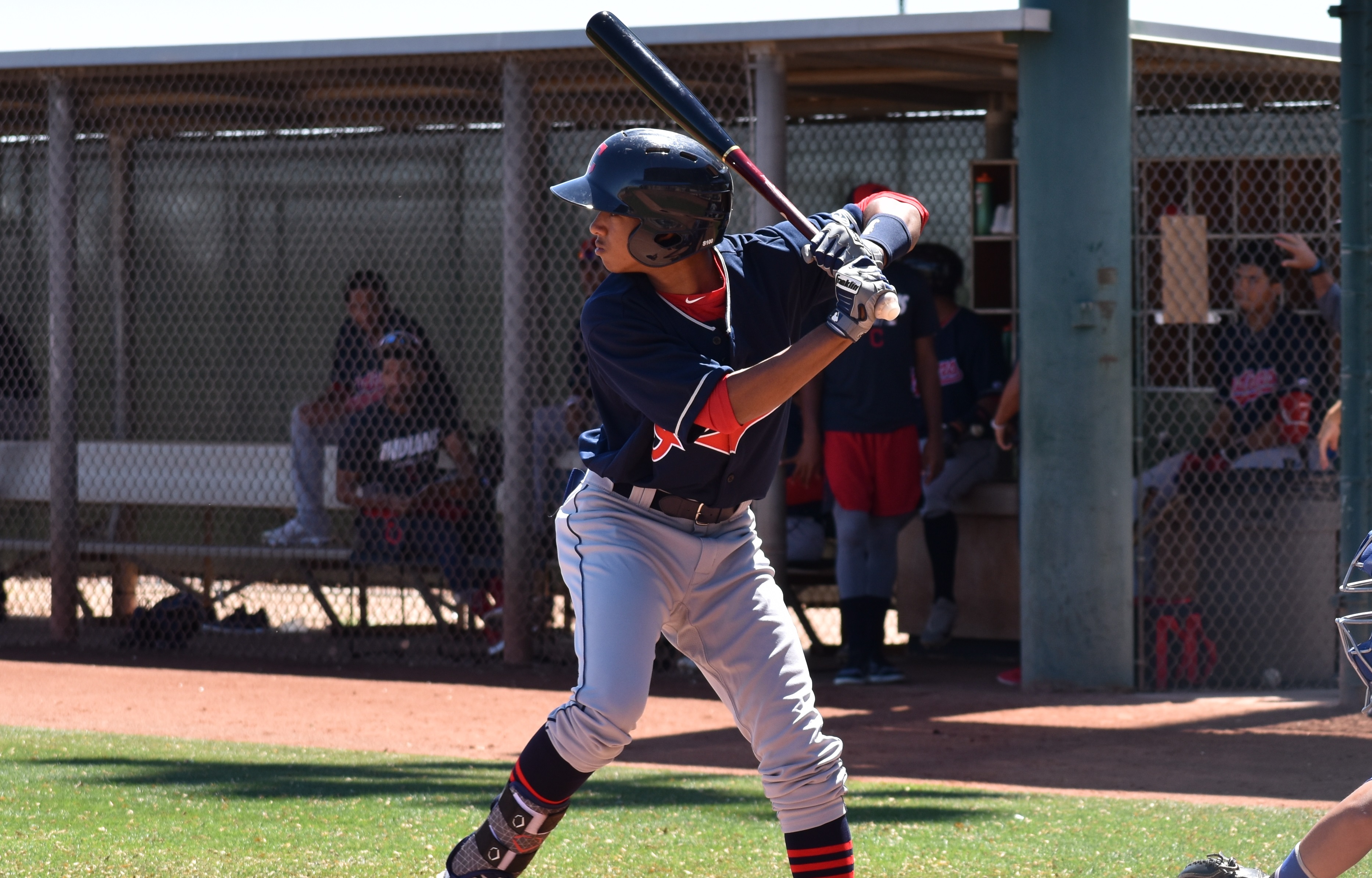 Down in the Dominican: Indians/Brewers July 28th-August 9th

In the most prominent story line surrounding the Indians/Brewers combo squad this year, the Dominican Summer League Nationals have won five of their last nine, to put some space between them and the Indians/Brewers for worst record in the DSL. Now sitting at 13-42, they hold the marks for fewest wins, most losses and worst winning percent of the 45 Dominican Summer League teams.

The weather aided the Indians/Brewers over the last two weeks greatly as three games were lost due to rain, allowing them to lose just seven of the eight games. Frederic Garcia had a really nice start to begin the period on July 29th against Red Sox 2, going five innings and allowing just one run. He struck out three without a walk, but his start was ultimately marred by fellow Indian Felipito Santos who walked four and gave up two hits while recording just one out. This lead to four runs and Santos’ seventh loss of the season.

While we don’t generally talk wins and losses for a pitcher, Santos now is 0-9 in 12 appearances with an 13.03 ERA. He was initially in the starting rotation, but was moved to the bullpen for the first time in this game against the Red Sox and things obviously didn’t go very well. At 20 years old, he’s as much as four years older than much of the competition in the DSL and hasn’t had a single appearance that one could call successful this year. His 45 hits allowed in 29 innings and 31/10 walk to strike out ratio is truly impressive.

On August 1st, the DSL Indians firmly beat up their little brothers, handing them their fourth shut out loss of the year (they have 12 losses where they scored one or less).

August 2nd marked the Indians/Brewers only win during this period as they thrashed the Dodgers Shoemaker 7-5. Most of this offense was supplied by the Brewers side, but Jose Baez had three hits including a double and knocked in two runs. This was the fourth double for the 16 year old Baez and he stole his third base as well. Between both DSL teams, Baez is now hitting .256/.379/.301 with 31 strike outs to 24 walks.

Indians reliever David Flores earned the win in this game for 1.1 scoreless innings following the early exit of starter Yeury Gervacio. Adding another perfect inning in his next appearance, Flores now has a 3.49 ERA in 28.1 innings and 31 strike outs to nine walks. There is no question at this point that Flores is the most dependable pitcher of any type on this team and possibly the most interesting player from a prospect stand point. His numbers were severely marred by his final appearance this week, however.

The team used the momentum from that win to give up nine runs in the first inning of their next game and ultimately lose 17-2 to the Rays 2. Garcia was unable to repeat his previous success as he recorded just two outs in his start, allowing seven of those runs, although only four were earned. Of course, the error was a missed catch error when Garcia attempted to turn a double play after allowing the first three batters of the game to reach, so he isn’t entirely blameless.

Henyer Gomez was credited with the error on that play and with a second error later in the game on a throw, but had two hits and one of the two runs scored, so let’s call it even.

On August 7th, they almost beat the Cubs 1, taking a 6-3 lead in the sixth that was blown by Indians reliever Dahan Bautista the following inning. Both Alan Meza and Jose Baez had two hits (Baez had a triple) in this game and Baez added a walk as well. This was just their fourth game with six or more runs scored since July 1st.

The Cubs 1 left no doubt the next game as they swept the two game series with a 9-3 win. Jesus Gomez started for the Cubs and went four shut out innings, a funny coincidence as that may be what the coaches said when Henyer Gomez committed his tenth error of the season by missing another catch.

The week ended with the Indians/Brewers taking consecutive 15-3 losses to the Rangers 1. On Friday, they had 13 hits, two walks, three steals and a Texas error on their side, but just couldn’t get the runners across the plate. Three of those hits belonged to Meza. While no one on the pitching staff could brag about their performance, Santos was left in to take the brunt of it again, allowing seven runs in one inning. He walked three, hit one and gave up seven hits, making this arguably his worst appearance of the season. He did give up eight runs once in a start, but made it through 2.2 innings.

The offense wasn’t nearly as proficient on Saturday with just six hits, although Gomez added an RBI double. He also managed to get picked off and committed his 11th error.

Seven pitchers were used in this game and not all were bad with Bautista going 1.2 scoreless and Gervacio giving up three runs in a 3.1 inning start. The bulk of the runs came off Ronald Parra, who gave up five without recording an out and Flores who allowed four more while finishing off the final inning of the game.